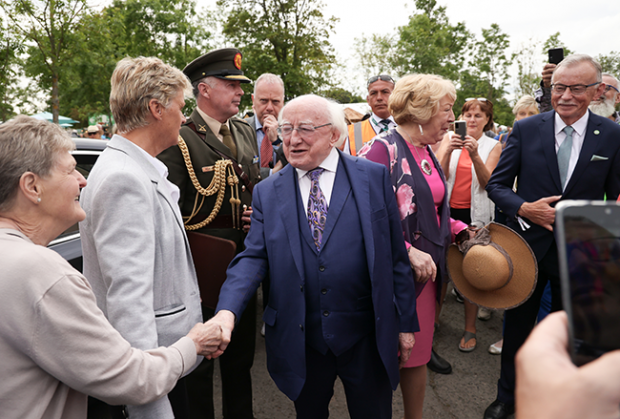 President Michael D Higgins was right to tell the truth and describe the housing crisis as a disaster.

They were wise words from an honourable man who felt compelled to give voice to the hard realities faced by those desperately struggling to put an affordable roof over their heads and to those unable to do so.

And for that, I say fair play to him. As our first citizen, he spoke out for all of us.

He was angry and frustrated. He is right to be.

It is unacceptable that in the Ireland of 2022, the necessity of a home is denied to so many.

The housing crisis represents a decade of shame for Fianna Fáil and Fine Gael. Two parties that have passed power between them for a century. That shame is now shared by the Green Party.

But rather than taking their medicine and listening to the President’s wise words, members of the government instead launched cowardly attacks on him that they wouldn’t put their names to.

In reality, the only source of embarrassment here should be the shameful housing and homeless crises they have presided over.

They accused the President of “a performance” and even had the audacity to warn him that he is “standing on high moral quicksand”.

One Minister went so far as to say that the only thing Mr Higgins did to help during the Pandemic was to go on the Late Late Show.

Where do these people get off? Who the hell do they think they are? 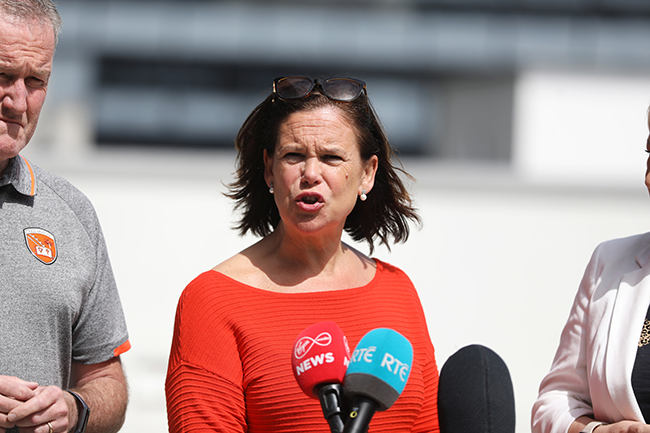 Heads in the sand, they do not want to listen to undeniable truths. Even when those truths are delivered by someone with the integrity of our first citizen.

These attacks on the President were because he stood up for people and called out the failures of the government.

But what I can say with confidence is that the vast majority of people are this week applauding the President for championing those who are suffering great hardship.

They admire him for refusing to remain silent while government puts private interests ahead of the public good.

Those facts are there for all to see. Unless you are a member of this government.  Let that sink in.

The policies of Fine Gael and Fianna Fáil created this disaster and things have only gotten worse on the watch of this government.

The facts speak for themselves. Rip-off rents continue to go up and up. House prices have soared beyond the reach of ordinary workers and families.

Homelessness has returned to record levels with more than 10,000 people in emergency accommodation.

Children growing up in hotels and B&Bs is a disgrace. It flies in the face of the shared values of the Irish people.

A perfect storm for those caught up in never-ending crises.

The reason these problems persist is because, rather than having people's backs, this government is more interested in pandering to powerful developers, big landlords and wealthy vulture funds.

A home is a human right. But for Fianna Fáil and Fine Gael, housing is all about huge profits for those at the top.

Nothing changes because the parties in power have not changed.

They remain wedded to an approach that has failed our people in a catastrophic way. I don't need to tell you about the impact of this crisis on people. It is rare to find a family or community that isn’t affected.

It is the source of incredible stress and pressure on a daily basis.

This week in the President, people saw decency and integrity shining in sharp contrast to the government’s contemptible response.

Instead of trying to tell the President to shut up, the government ought to listen carefully to his wise words and respond with the change of direction in housing so badly needed.