Centenary of the Special Powers Act 1922 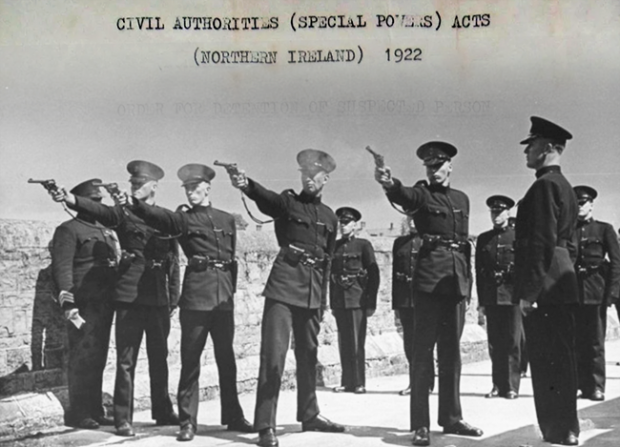 The Special Powers Act, one of the most repressive pieces of legislation ever enacted anywhere, was extensively used for 50 years by the Unionist regime in the Six Counties.

In March 1922, at the height of the pogroms by loyalists against the nationalist population, the Civil Authorities (Special Powers) Act Northern Ireland 1922, commonly known as the Special Powers Act, was introduced by Unionist  Minister for Home Affairs, Richard Dawson Bates. Introduced as a ‘temporary’ measure to replace the extremely harsh Restoration of Order in Ireland Act 1920, the legislation was re-enacted annually until 1928, then for a period of five years, eventually being made permanent in 1933.

Directed and used almost exclusively against the nationalist minority, the Act gave the North's Minister for Home Affairs drastic powers to restrict and suspend civil liberties.

It conferred wide powers of arrest without warrant, search and questioning on the RUC and `B' Specials as agents of the Minister. The Minister also had power to detain and intern without trial, prohibit coroners' inquests and to make regulations, each with the force of a new law, without consulting the parliament in Stormont.

Offences incurring the death penalty were widened and it also provided for flogging - the whipping of prisoners in jails with a ‘cat-o-nine-tails’, an instrument of torture with multiple cords that tore the skin on the victim’s back. The legislation was nicknamed by Republicans as 'The Flogging Act'. 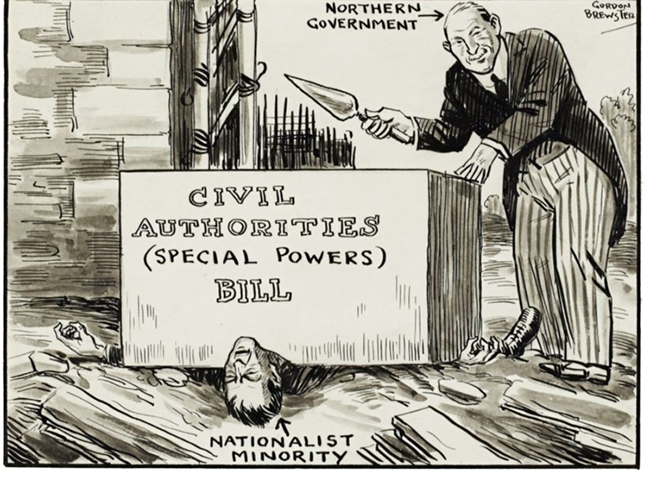 Many regulations were issued during the following decades. In 1933 a regulation was made making it an offence to refuse to answer incriminating questions and in 1940 a regulation requiring everybody over the age of 14 to carry identity cards.

It was little wonder that Vorster, the South African Minister for Justice in the apartheid regime, introducing a new coercion bill in April 1963, commented that he “would be willing to exchange all the legislation of that sort for one clause of the Northern Ireland Special Powers Act”.

Although the repeal of the Special Powers Act was one of the demands of the Civil Rights Movement of the late 1960s, it was not until 1972, following the fall of Stormont, that it was finally repealed. But it was replaced in July 1973 by the equally oppressive legislation, the Northern Ireland (Emergency Provisions) Act (the EPA).

The Special Powers Act came into force in April 1922 and in May, 100 years ago this month, the Unionist government used the Act to impose internment without trial.