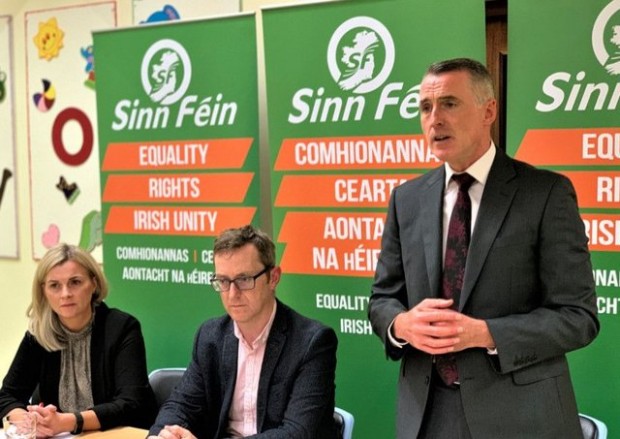 "Irish unity has to be agreed among our people north and south. And we need a plan for how it will be achieved. So the Irish government should fulfil its constitutional obligation; it should start planning now"

This weekend Irish republicans and other progressives will celebrate the 106th anniversary of the Easter Rising.

It is a time of the year when we reflect upon, and commemorate with pride and humility the sacrifice of those who have gone before and their commitment to the vision of an Irish Republic built upon the values of equality for all, citizens’ rights, social justice, and national sovereignty, as set out in the Proclamation of the Republic.

The Proclamation presented a remarkable vision of change for Irish society. In 1916 it was ahead of its time. It has remained timeless, and its relevance today is as potent as in the era when it was first published. 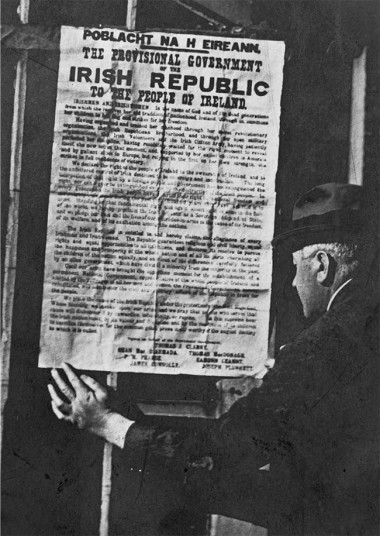 This year's commemorative events to mark the Rising coincide with an Assembly election campaign in the north of Ireland. This electoral contest is the most important in a generation. It is set to define and shape the future direction of the power sharing institutions.

Last Sunday was the 24th anniversary of the Good Friday Agreement (GFA). Its signing was a rubicon moment for Ireland.

The GFA has also stood the test of time. Irish politics and society have been fundamentally changed in its wake.

The Agreement drew a line under a decades-long political conflict. A process of democratic transformation in the northern state, including the reform of policing, began. Importantly a mechanism was enshrined in the GFA to enable the exercise of self determination by the citizens of Ireland about the future, and to democratically enable constitutional change and achieve Irish unity.

Twenty four years ago the DUP and others in political unionism opposed the GFA and to this day they continue to frustrate its full implementation.

The peace process itself is now irreversible, and the impetus for even greater political and societal change is unstoppable; but resistance to ongoing democratic transformation remains relentless.

Today the GFA is faced with an unprecedented offensive.

The incumbent Tory government in London, the DUP and others, want to completely undermine it, and the architecture of power sharing and of North/South political institutions which it established.

This Tory government has absolutely no investment in, or commitment to either the Irish peace process, or the political process in the north. That has been repeatedly evidenced since the Tories came to power in 2010.

Its policy towards Ireland exemplifies the reckless and arrogant nature of its approach towards relations with Scotland and Wales; European affairs; international relations; and domestic decision making.

The Tories have treated the north like a political backwater. They have allowed the DUP to create political dysfunction and chaos.

But huge change has been happening regardless.

The dynamics of political and demographic change are unfolding in plain sight.

Brexit has been instrumental in fixing constitutional change on the horizon.

In response the DUP and right wing unionism are pushing back by whipping up sectarian tensions and disruption.

Even in the midst of the ongoing health pandemic and unprecedented cost of living crisis, a unionist political veto is preventing the release of £334 million to offset rising food, fuel and energy costs; and stopping consultation on a draft budget which would invest an additional £1 billion into health and social care services, which are already at breaking point.

Politics and society in the north are now being held to ransom - and all because the DUP and political unionism see their traditional monopoly on power ebbing away.

The unionist electoral majority has been eclipsed and progressive politics are in the ascendancy. 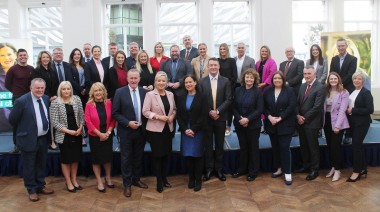 This represents the subtext of the Assembly election on May 5th.

Of course it is impossible to predict the results but this much is certain, the change will continue after the votes are counted.

The responsibility of those in political leadership must be to restore proper power sharing, to get urgent investment into public services, and to support local businesses, workers and families.

In parallel the ongoing conversation about Irish unity and constitutional change needs to be managed and structured.

During a recent, lengthy and friendly conversation with a unionist constituent on the election campaign trail I was asked how I envisaged Irish unity emerging.

I began by reminding him that the GFA contains the provision by which constitutional change would take effect.

Irish unity will be achieved through political engagement which persuades the majority of citizens both in the north and south of Ireland to support that outcome.

Reunification will be brought about through a process of incremental, phased transition. That is why the proposal to convene a national citizens’ assembly on the future of the island as a first step makes so much sense.

A citizens’ assembly should precede the triggering of the concurrent referenda on Irish unity, as provided for by the GFA.

Properly structured, it would provide a representative forum for diverse political and civic opinion to conduct a conversation about the future of Ireland - to think out aloud; imagine; brainstorm; to challenge; and reflect on the scope of future change without any pre determination.

Thereafter a formal debate will inevitably be integral to the conduct of a unity referendum. But beforehand the question which needs put will have to be formulated. That in itself will require thoughtful consideration.

The experience of Brexit has taught us all how not to stage a referendum debate.

The referendum debate on Irish unity should be informed, inclusive and democratic. The substance of the discourse will be as important as the process of engagement itself.

Those of us advocating for a united Ireland will have to make and win the argument that Irish unity is a superior option to the failure of partition, and the current status quo. That vision should be ambitious and one of aspiration. The positive case for constitutional change will need to be set out in concrete economic, social and political terms.

Once a popular consensus for Irish unity has been secured a process of negotiation will inevitably commence on the shape and form of new constitutional arrangements, and national, democratic structures.

In South Africa a constitutional convention was established during its transition to negotiate and find agreement on such modalities and institutions.

A constitutional convention or similar setting, is one possible model to engage full representative participation of all political parties, the Irish and British governments, and also key social partners in the negotiation of our transition towards Irish unity. That being said; how to ensure an orderly, planned integration of economic models, and a negotiated fiscal settlement, including pensions. All of this, alongside a new public administration and investment in public services would be agreed, implemented and time-framed.

Of course different political parties and civic interest groups, including the trade union movement, will have various ideas about what national and democratic arrangements, governmental institutions and structures would be desirable. All of this needs to be subject to rigorous discussion and ultimately agreement.

Doing otherwise amounts to premature speculation. But given our experience of colonialism, and history of conflict and division, the new Ireland must be synonymous with the principles and values of inclusion, respect for difference, compassion, equality, and multi culturalism.

Reconciliation, healing and anti sectarianism should be at the heart of its future political and civic institutions.

While the momentum for unity is growing across Ireland, and the opportunity of full membership for all of Ireland within the EU is providing an irresistible gravity pull, it is not inevitable, however legitimate and reasonable the aspiration. 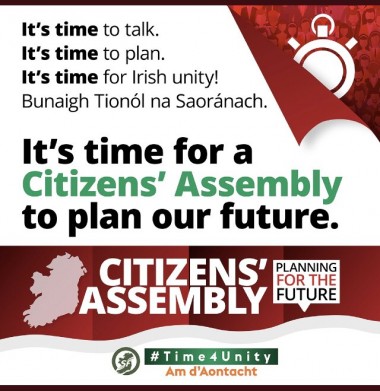 The process of transition to an agreed, united Ireland will take time, and it must be got right.

We are in a decade of opportunity where the people will have the freedom to choose Ireland's future beyond Brexit through a referendum on Irish unity.

Irish unity has to be agreed among our people north and south. And we need a plan for how it will be achieved. So the Irish government should fulfil its constitutional obligation; it should start planning now.

The opportunity to establish world-class public services, a thriving, fair and prosperous island economy, a modern, outward-looking society is the prize. We can make the new Ireland better than the old one.

The vision of 1916 is still to be realised. It remains our reference point for the new Ireland. Now we have the momentum and road map to bring it into being.