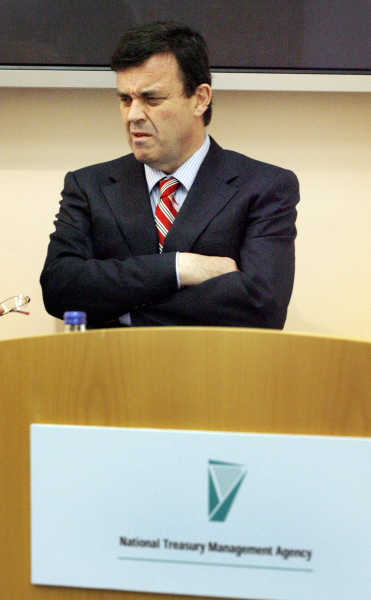 THE only people to really benefit from today's National Treasury Management Agency sale of €1.5billion of bonds this morning will be investors while ordinary taxpayers are left to the wolves, Sinn Féin spokesperson on Finance Arthur Morgan has said:

Bond yields have increased yet again. The rapidly climbing rates are almost akin to those charged by backstreet moneylenders.

The merchants of this madness are none other than the Government. Concerns abound on the international markets about Ireland’s sovereign debt and there is an emerging consensus that the Government do not have the competency to manage the economy.

The refusal of the Government, especially Minister for Finance Brian Lenihan, to alter from current banking strategy is a self-fulfilling prophecy of doom for this state. Flaccid attempts to fix the banking sector are in fact accentuating the problem, with international markets becoming increasingly apprehensive.

The only people benefiting from today’s bond sale are the investors, while once again the Government has left the ordinary taxpayers to the wolves.

This state simply cannot afford to continue on this route. No credibility and confidence can be gained from exposing taxpayers to the liabilities of a broken banking sector.