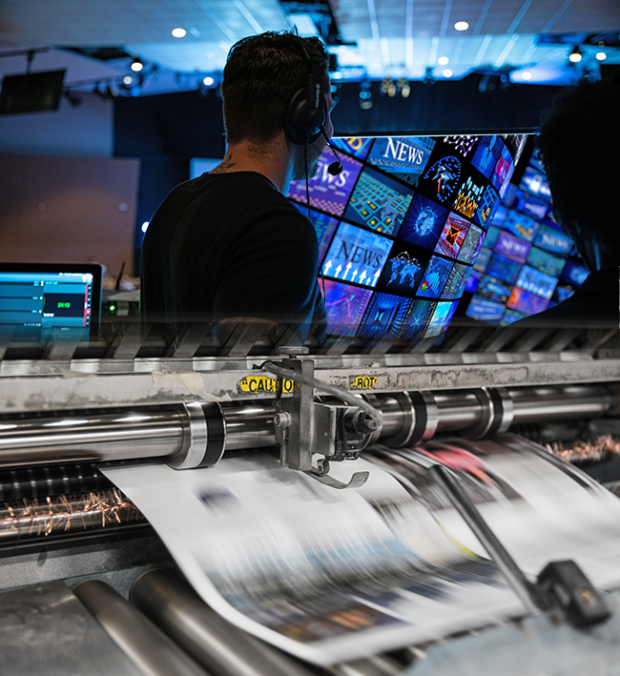 Finley Peter Dunne, the son of two Irish immigrants to the United States, was responsible for one of the most famous aphorisms about journalism. It comforts the afflicted, he wrote in 1902, and afflicts the comfortable.

I’ve lost count of the times I have heard fellow hacks repeat that line as justification for what they do. Or, to be more accurate, what they are supposed to do. For there is a wide gap between promise and performance. Plenty of people, perhaps a majority – and probably an overwhelming number of republicans – would say it’s a chasm.

In their view, journalists are guilty of afflicting the afflicted while comforting those who deserve no comfort, such as politicians, corporate business moguls, faceless bureaucrats, and the wealthy elite. They scorn the claim that journalists are holding the powerful to account, arguing that they are instead responsible for building and maintaining a narrative which justifies an unacceptable status quo.

I’m not about to disagree with that viewpoint having argued it so often myself. I particularly recall doing so in the pages of An Phoblacht in the 1980s when media coverage of our struggle was consistently negative, embroidered with distortions, and laced with lies. Journalists were, if not our enemies, then certainly not our friends. And friendship hasn’t exactly blossomed since.

But it’s wrong, wholly wrong, to damn all journalism and all journalists. Perspective, as ever, is all. In certain places, at certain times, journalism has had a revolutionary impact. It has helped to bring about political change, saved lives, highlighted iniquity, overturned injustice, ridiculed the powerful and, on occasion, brought them down.

In so doing, journalists have risked their skins and sometimes have sacrificed their lives. Their heroism, their truth-telling, their contribution to democracy, should not be disregarded because others elsewhere – and, yes, too many others – have brought journalism into disrepute. The good ones, when allowed to be good, merit our support. 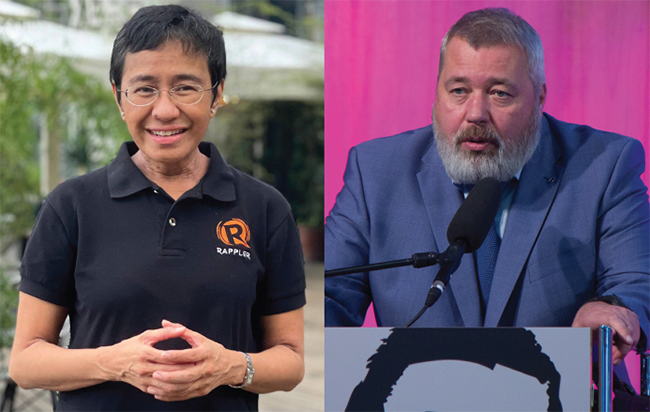 Consider the two investigative journalists who have been awarded this year’s Nobel Peace Prize; Maria Ressa of the Philippines and Dmitry Muratov of Russia. Both defied the authorities in their countries to reveal corruption, abuses of power, and human rights violations. Both have been forthright defenders of the freedom of speech.

Ressa has been hounded by trumped-up, politically motivated legal actions aimed at gagging her. Muratov has been persistently threatened and harassed. Given that six of his paper’s journalists have been murdered, these were no idle threats.

Closer to home, let’s salute the late Robert Fisk, who died last year. He was willing to put his body on the line countless times in order to reveal truths about the Middle East that would have remained hidden had he not, in the words of his former wife, Lara Marlowe, “delved farther, deeper, and more tenaciously into every story than did his rivals.”

But Fisk could not have informed us of massacres, cover-ups and various imperialist duplicities without having an editor willing to print his articles. For 30 years, a succession of editors at The [English] Independent did just that, providing him with a platform. He knew he was fortunate, having resigned from his previous paper, The [English] Times because it refused to publish his revelation that the United States was responsible for shooting down an Iranian passenger plane in 1988. 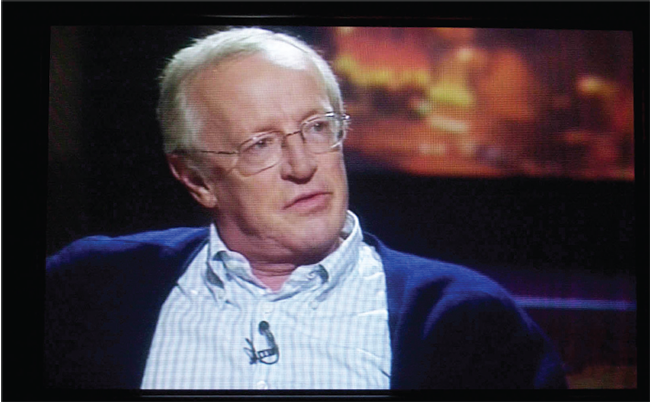 • Robert Fisk, who died last year, was willing to put his body on the line countless times in order to reveal truths about the Middle East

That is a key point. Brave journalists need brave publishers and there are very few of them in the developed world because media has been corporatized and, in so doing, has become part of the political and economic system it affects to be monitoring. Its owners, managers, shareholders and editors do not want to disrupt a system that benefits private ownership.

Staff journalists, however much they may be committed to telling the truth, cannot publish anything which does not suit their bosses’ requirements. The Times’s censorship of Fisk’s work was far from an isolated instance.

One of the most notorious examples was the Sunday Times’s refusal to carry an article by two of its reporters, Murray Sayle and Derek Humphrey, about Bloody Sunday. Four days after the killing of those 13 innocents in Derry in January 1972, the journalists handed in a report which contained evidence that the shootings were the result of a planned operation by the British Parashoot Regiment.

Their paper’s editor, Harry Evans, refused to publish it. Sayle resigned in protest. Humphrey, who five years’ earlier had been one of my journalism tutors, was more pliant by accepting the right of his editor to act as censor. Some 26 years after the event, the Sayle-Humphrey report finally surfaced in public in 1998 as we reported at the time (www.anphoblacht.com/contents/3490).

Another example, also involving the Sunday Times, under a different editor, Andrew Neil, followed the murder in 1988 of the three IRA volunteers in Gibraltar. In company with Margaret Thatcher’s Conservative government, he was outraged by a TV programme, Death on the Rock, which claimed – on the basis of interviews with eyewitnesses – that the government’s account of the killings was false. He ordered an investigation designed to undermine the television documentary.

However, his reporting team could not fault the television version of events and filed copy largely supporting it. One of Neil’s loyal lieutenants simply ignored their reports by concocting a piece which attacked the programme instead. Three reporters protested at the reversal of their findings. They did not resign but one of them, having quit for a different reason, later went public to tell how her Gibraltar copy had been distorted to fit the paper’s agenda.

And there’s another key point; “agenda”. It does not emerge from the sky, of course. News agendas are set by the owners and managers of big media as a consequence of their economic interests. Anything which disturbs, or appears to disturb, their business interests is therefore forbidden.

Individual journalists working within the constraints of corporate media simply do not have the power to decide what gets published and broadcast in their name. As for lone journalists who work outside mainstream media, they are marginalised and demonised, a process we republicans know all too well.

And please don’t be fooled by those who put their faith in social media which, according to its advocates, has supplanted “old” media. In truth, it remains a reactive force. Instead of setting the agenda, it merely responds to the one set daily by the political elite in combination with big media. Despite the huffing and puffing by newspaper proprietors and their compliant editors about the “power” of social media, they have yet to cede their control and influence.

• The ‘Sunday Times’ editor Andrew Neil (left) was outraged by TV programme, ‘Death on the Rock’ calling out  the British Government’s false account of the killings of IRA Volunteers Mairéad Farrell, Daniel McCann and Seán Savage

This reality, about journalists lacking power, was brilliantly encapsulated by the American satirist H.L. Mencken when he wrote: “Freedom of the press is limited to those who own one.” In other words, journalism is not in the hands of journalists.

Among the first people in Ireland to recognise this fact were the nationalists of the 19th century who were frustrated by the failure of Irish newspapers to report their views accurately and fairly. So, they founded their own titles. Similarly, in the early 20th century, An Phoblacht was launched to ensure our message, and our actions, were not misrepresented by an antagonistic press.

The problem we face in this century is of a media wholly compromised by the profit motive. The British press’s overwhelming pro-Brexit stance was a case in point. Its owners disliked the way the European Union sought to regulate business. No space was given to those journalists who took the opposite point of view.

Lust for profit has also displaced news to use – information – in favour of news to amuse - entertainment. This journalistic fracture means that we are obliged to put up with the trivial and prurient in order to get an occasional, grudging glimpse of the significant and serious.

Journalists know all this, of course, and have come to terms with it. Some shrug their shoulders and take the money. Some walk away – too many have left the trade in recent years. Some do strive to live up to Dunne’s aphorism by working as best they can within the constraints and there are occasions when their stories, their analyses, their commentaries, do make waves.

Before we condemn all journalists, we need to appreciate that there are some practitioners of the trade who are worth cultivating. There are still Fisks and Sayles around. Condemn the media proprietors, not the men and women who work for them and who, if they had genuine press freedom, could be of real service to our society.

Roy Greenslade is an Honorary Visiting Professor at City, University of London.