Britain cannot ignore the US on Ireland 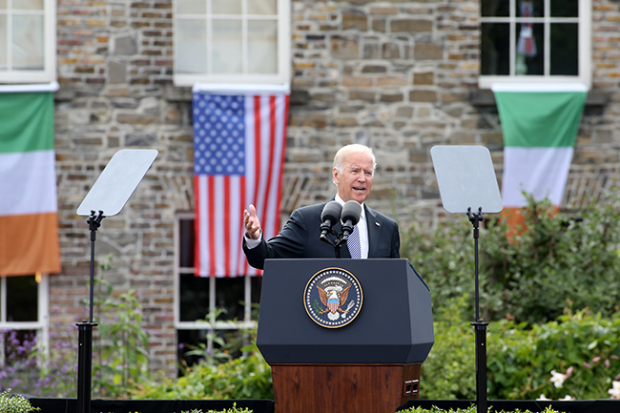 “Ireland owes Britain nothing”. The truth that made a video go viral. It was an answer from playwright and critic Bonnie Greer to a BBC Question Time discussion on Brexit. That was October 2019, the threat of a hard border and no-deal Brexit was in the air.

To the British Government, Ireland was irrelevant in the promised land of Brexit. Ms Greer reminded the audience that her home town Chicago dyed the river green on St. Patrick’s Day. “The US is Irish”, she said. It was clear the US would support Ireland and the peace agreements over Brexit.

The ‘special relationship’ between the US and Britain was a fiction from the days of Thatcher and Reagan. A cover for a shared political agenda. The elevation of Anglo-American relations was a British delusion. Without an empire, they believed they had an equal seat at the table. It was never a relationship of equals.

Brexit was to bring back Global Britain. The hollow rhetoric was of a return to the days of an empire long lost. Free from Brussels, Britain would build new trading relationships with their special friend the US. It would be the quickest and easiest trade deal ever.

High on their own rhetoric, the British government ignored the concerns of the US Congress and Irish America. Speaker Pelosi led a congressional delegation to Ireland and Britain. They visited the border and met with business and community leaders.

In London, they met with the Brexiteers and schooled them in the American political system. It was not in the gift of the President to strike a trade deal; that was the responsibility of Congress and a vital step in the process was the powerful Ways and Means Committee. No support from that committee meant no trade deal.

The Chair of the Ways and Means Committee is Massachusetts Congressman Rep. Richard Neal, also the co-chair of the Congressional Friends of Ireland and longstanding supporter of peace and progress in Ireland.

A resolution was introduced in the House of Representatives co-signed by Rep. Tom Suozzi (Dem) and Rep. Peter King (Rep) calling for the full implementation of outstanding agreements, including Stormont House, and ensuring that there would be no US-British Trade Deal if the Good Friday Agreement was undermined or a hard border imposed due to Brexit. The resolution was passed unanimously in an incredibly divided house.

A subsequent resolution was passed in the US Senate again with unanimous bipartisan support. The resolution was pushed by Senator Menendez, the chair of the powerful Senate Foreign Relations Committee.

As the British Government moved ahead with its plans to close down investigations into the past, Congress members sent a letter to Boris Johnson outlining their concerns

Then along came President Biden. He had been Chair of the Senate Foreign Relations Committee when they held a hearing into the killing of Pat Finucane and was a member of the Friends of Ireland Caucus. 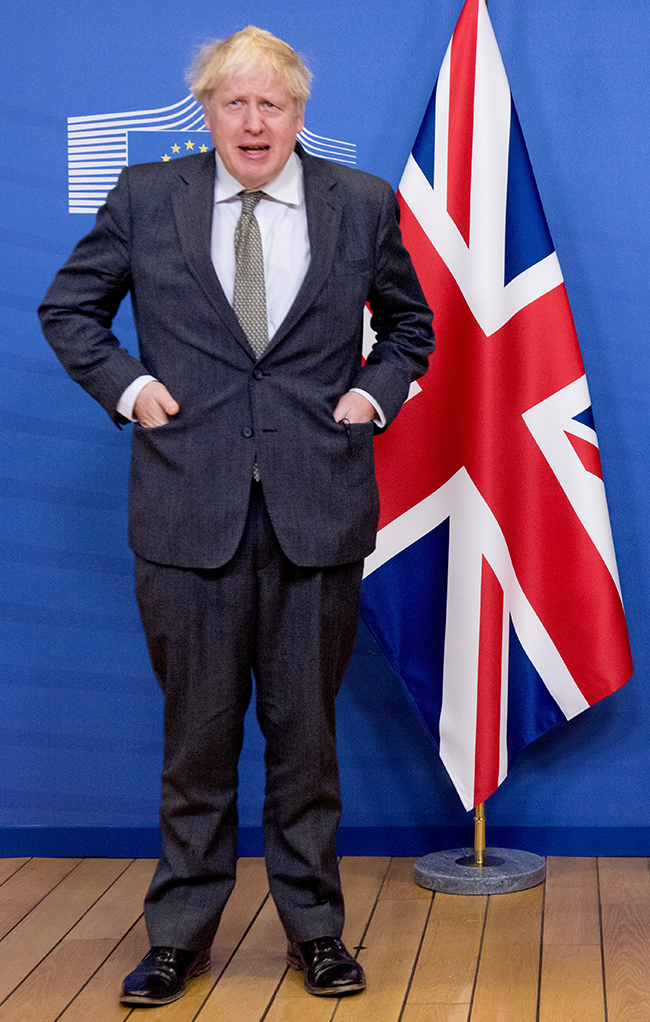 The G7 meeting in Cornwall was on the stage for the opening act of Global Britain. Boris Johnston with home advantage would be front and centre of world leaders.

In the week before the meeting, the US Administration issued a demarche to the British government. A demarche is a diplomatic device usually reserved for nations in dispute. A statement was read by the most senior US official in Britain outlining the objections to the British Governments handling of Brexit and threats to the Irish Protocol. There was no right to reply. It was a diplomatic dressing down.

President Biden doubled down on the issue at the G7 calling for no unilateral actions, agreements to be implemented, and for the issues to be resolved with the agreed mechanisms.

Act Two of Global Britain was to be the annual UN meeting in New York. In a press event with the US President in the White House, Boris Johnson, in an unplanned intervention, called for questions.

President Biden was asked about Brexit and reminded the press and the British Prime Minister of the bipartisan US position; the Agreements must be protected and implemented or there would be no trade agreement.

Boris was left to explain on the plane home that he really didn’t ever think a trade deal was possible.

Global Britain was fighting with the EU, threatening agreements in Ireland, and friendless in the US. Bonnie Greer was proven right.

But why does the US take such a strong position on the Agreements and Ireland? After all, a trade deal would suit US corporate interests. Trade deals always benefit the larger economy, and would be especially tantalising for the US now, given the bang of the desperation from the British Government.

The truth is in the second part of Bonnie’s answer the relationship between Ireland and the US. It is not so much about an Irish American vote. It is something less tangible, but more enduring.

Irish America places its interest in America to the fore, but not at the cost of inflicting damage on Ireland. There is a pride and connectedness with Ireland and the Irish component of their identity.

It is not just an issue for Irish America; our peace process and agreements are a viewed as an American foreign policy success story.

Administrations since 1998 have acted to protect the Agreements and assert the primacy of politics over conflict. Refusing to honour agreements fundamentally undermines the political process.

While the Venn diagram of Sinn Féin and US foreign policy may be two circles that never meet, on the issue of our peace agreements we are on the same page.

The connection between the US and Ireland will endure; we are bound by generations of shared history and family. The US are partners in our peace process and act as guarantors of our agreements.

Ciarán Quinn is the Sinn Féin Representative for North America