The politics behind An Phoblacht’s podcast series 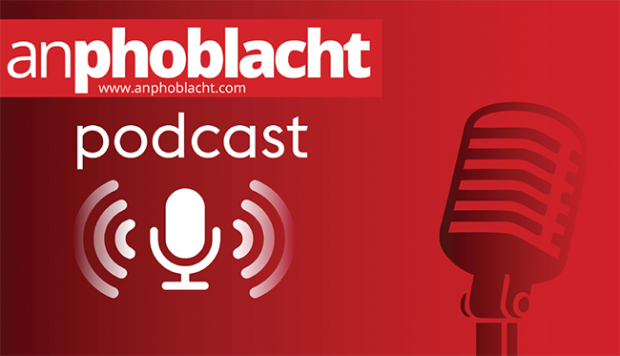 Back in 2016, Lynn Boylan commissioned a study into the high level of concentration in the Irish media. The report was damning and concluded that the 26 Counties has one of the most concentrated media markets of any democracy with RTÉ and private business owner Denis O’Brien identified as the two dominant actors.

Five years on from that study, the concentration continues, albeit with a few online competitors such as the TheJournal.ie, joe.ie, and Village that do challenge the establishment’s narrative with their circulation and reach. Denis O’Brien has sold his media holdings, but there is still concentration of ownership across media platforms.

The new publications mentioned above, though slightly more politically diverse rarely contextualise their reporting. They report what has happened and much less why it has happened, especially from a left-wing perspective. They only seek to present and “moderate” debate as a neutral actor and so fail to provide space for a uniquely left wing analysis that would appeal to a large section of the anti-establishment left leaning electorate.

Many people get their information through social media and are less trusting of traditional news platforms. The growing number of social media scandals, whistleblowers, and inquiries prove that voters get much of their political information from YouTube, Twitter, and Facebook. We have to ask what Irish commentary or analysis they are receiving when we know that algorithms are designed toward clickbait far right materials?

The role of An Phoblacht as an alternative left-wing media platform to challenge the hegemony in Irish commentary cannot be overstated.

Podcasts are certainly a popular platform for left leaning people, particularly younger people with 30% of 17-25 year olds listening to podcasts every week. There are a range of podcast productions available that do provide an unambiguous left wing analysis but there was a clear gap in the availability of a left republican podcast.

Our editorial team are always keen to expand our reach and produce content to appeal to wider audiences. Our magazine has grown from strength to strength with contributions from a diverse network of commentators and analysts. However, written media has its limitations; word count and layout can often restrict the nuance that many of themes we address require.

This was the backdrop to our early conversations about the newly released An Phoblacht podcast series. We wanted to get into conversation with some of our writers and contributors and get their views on current affairs and political developments. We also wanted to create space for political debate as Gaeilge, with every third episode in Irish. 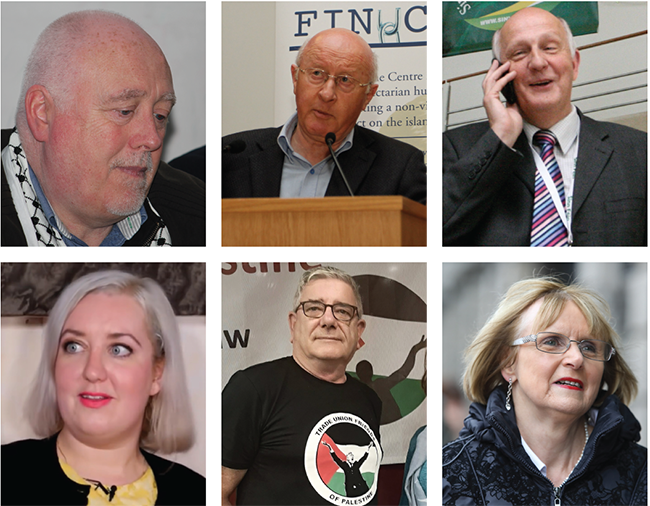 It was fitting to invite Danny Morrison onto the podcast as our first guest. We were able to talk at length about how he became editor of An Phoblacht all those years ago, listen to his personal and political transitions over his many years of involvement in the republican movement, and get his views on the big debate on constitutional change. Danny is a natural story teller and it was a real privilege.

This story telling ability seems to have been contagious with entertaining and often hard-hitting views from people like Brian Feeney and Alex Kane. We had the honour of hosting the last known interview of the late Dawn Foster where she talked about the future of the so-called 'United Kingdom'.

We had a thought provoking conversation with trade union leader and sitting ICTU President Gerry Murphy about the future of work and the post pandemic landscape. We heard the powerful story of Margaret Urwin and the families fighting for truth about the conflict. Gerry Adams spoke of a century of Partition and the road to Irish Unity.

New releases addressing Community Wealth building, the centenary of Partition, American interference in Cuba over the summer, and updates from our comrades in Palestine can be expected in the coming weeks.

The editorial board of An Phoblacht hopes that this podcast can be an arena for political discussion and debate for Sinn Féin’s growing support base. We want our podcasts to be interactive and welcome feedback, comments and queries. Feel free to get in touch at [email protected] or @anphoblacht on twitter.

Our podcasts are available across a range of platforms including Spotify and iTunes. See more