CETA: Is this how the republic dies? 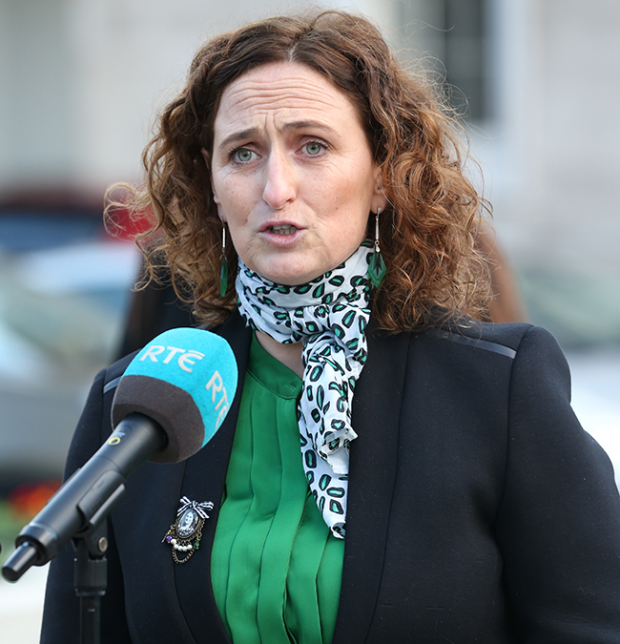 • Sinn Féin Senator Lynn Boylan’s case against the government over CETA is to be heard, possibly early next year

Barry Finnegan unravels the intricacies and implications of the EU’s proposed Comprehensive and Economic Trade Agreement (CETA) with Canada and its Investor Court System that could cost the Irish taxpayer tens of billions of euro.

The Investor Court System (ICS) is the European Commission’s rebranded version of a private legal system designed to empower foreign companies to sue governments for corporate rights which they have been granted under the terms of an international trade and investment-protection agreement. CETA is one such agreement.

This corporate legal system, known more commonly as Investor-State Dispute Settlement (ISDS), has been in use since 1957 in around 2,400 ‘trade’ agreements. Under ISDS/ICS, the foreign company does not challenge a government’s right to regulate in the public interest, it simply sues for all the ‘lost’ future unearned profit they must forgo when a host government’s laws, regulations or licencing decisions reduce their ‘legitimate expectation’ of future profit.

The EU Council of Ministers and the European Parliament have already voted to approve the adoption of the parts of this EU-Canada deal - the Comprehensive Economic & Trade Agreement (CETA) - which covers trade and tariffs, and these parts have been in law since September 21st, 2017.

What the EU could not do is to take the final decision to approve CETA’s proposed investment-protection mechanism called the ICS, the Investor Court System. In a case lost by the European Commission, the Court of the Justice of the European Union (CJEU) ruled that EU member states have the final say over this aspect of political life. To subject the whole EU to this private legal system, all 27 member states must approve it; in Ireland, that means a vote in the Dáil.

Under the ICS of the CETA deal, countries can regulate, yes, but it is the prohibitive and unmanageable cost of regulation in the public interest that is one of the primary anti-democratic problems with CETA. 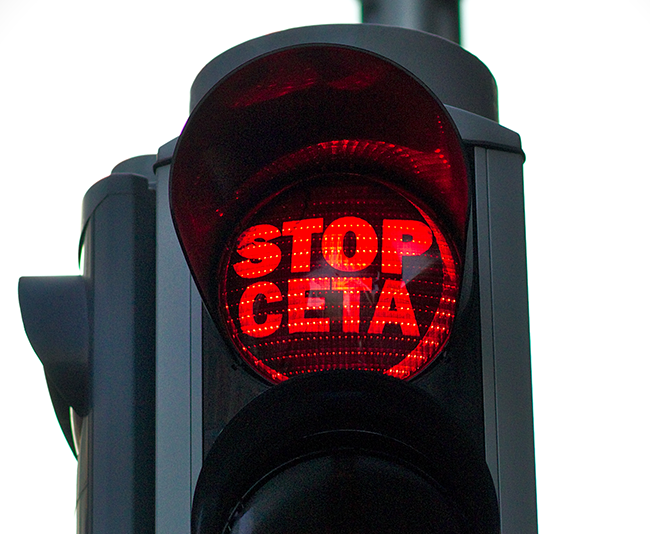 The British Government has cut and pasted the text of CETA into the new Canada-UK Trade Continuity Agreement (Canada-UK TCA). There is an agreed three year window within which to renegotiate the text after which time the CETA and its ICS will apply.

This has implications, for example, for the citizens of the Sperrin Mountains in County Tyrone. Community groups are campaigning to save the water table from the toxic waste they predict will come from a proposed gold mine planned by the Canadian-based mining company Dalradian Resources who have acquired 120,000 hectares of land in the area. Sinn Féin councillors have tabled motions opposing the scheme.

One of the key problems here should the ICS of the Canada-UK TCA be adopted, is that if there was ban on gold mining resulting from the proposed Planning Appeals Commission public inquiry, Dalradian would be able to sue the UK at the ICS for their future ‘unearned profit’ lost because they had a ‘legitimate expectation’ to mine for gold.

Similarly, if the Dublin government distorted the ‘housing market’ with a meaningful rent cap and brought property prices down through the provision of tens of thousands of not-for-profit houses annually, then the likes of Canadian-owned Ires Reit with €1.5 billion worth of rental property in the country could sue for all the ‘lost’ profit they might miss out on into the future.

Legal academics and judges all over the world reject ISDS. For example, the European Association of Judges says it “does not see the necessity for such a court system” and concludes “The European Union and its member states have a well-functioning judicial system which is capable of protecting the rights of an investor in all areas of law. It should be central to an international treaty on trade and investment, to apply this system to investors as the central body to safeguards its rights.”

In some sign of democratic hope, the trend globally is to exclude ISDS/ICS from trade deals. There is no ICS in the Brexit trade deal nor in the 2020 EU-China Comprehensive Agreement on Investment. Canada chose to be not subject to ISDS in the recently renegotiated NAFTA, the United States-Mexico-Canada Agreement. The mechanism has also been excluded from the largest ever free trade agreement, the Regional Comprehensive Economic Partnership signed by 15 Asian countries last year.

Some cosmetic reforms were made in this rebranded ISDS in CETA. Chief among these are that the CETA Joint Committee will publish a list of the names of arbitrators who will be on the panel hearing ICS cases. The Commission’s proposal is currently to pay these panellists an annual ‘retainer’ of €24,000 a year while they are not hearing cases and €3,000 a day when they are hearing cases as arbitrators - for as long as a case lasts.

Resistance among citizens is strong and sustained. In 2016, 455 European and Canadian civil society groups called for the rejection of CETA. In 2017, a coalition of 17 Irish farming, environmental, and global justice groups, trade unions, and small business organisations called on MEPs to oppose CETA.

In February this year, unions and NGOs including the Irish Congress of Trade Unions and the Union of Students in Ireland signed a statement, as did the National Women’s Council of Ireland, Oxfam, and Trócaire, along with the environmental groups Extinction Rebellion and Friends of the Earth calling for Dáil rejection of the investor court system proposed in CETA. It stated:

“ISDS is a legacy of the colonial era when Western powers sought to protect their investments in the newly decolonising countries. Many of the ISDS cases taken in recent years have been for amounts running to billions of euro. With regard to the climate crisis, it is worth noting that of the 10 largest payouts in ISDS, all but one were above 1 billion euro. Seven of those were fossil fuel companies and two were mining companies. So, corporations operating in environmentally sensitive sectors are the ones that are using the system, and getting the largest pay-outs.”

Not only are ISDS-specialising law firms urging companies to take cases against governments due to Covid-19 restrictions interfering in their profits, but among the countries currently being sued for billions via ISDS from other international agreements as a result of banning oil and gas exploration or putting a moratorium on fracking, are the Netherlands, France, Canada and Italy.

Only 15 of the 27 member states’ parliaments have voted for CETA’s ICS so far and it is being argued over in a protracted constitutional case in Germany. Green Party TD Patrick Costello’s argument to the High Court that ICS ratification needed a referendum was rejected. And we wait for Sinn Féin Senator Lynn Boylan’s case against the government over CETA to be heard, possibly early next year. Whether Costello will appeal to the Supreme Court remains to be seen.

Despite its many democratic failings, it’s not-legally-binding workers’ rights and sustainability chapters, the trade and tariffs aspects of the CETA deal are up and running. The Dáil has the power to, and must, reject this out-dated, colonial-era, unnecessary legal blockade to progressive legislation to house our people, regulate corporate behaviour in the public interest, and phase out oil and gas use.