To end division we must end Partition 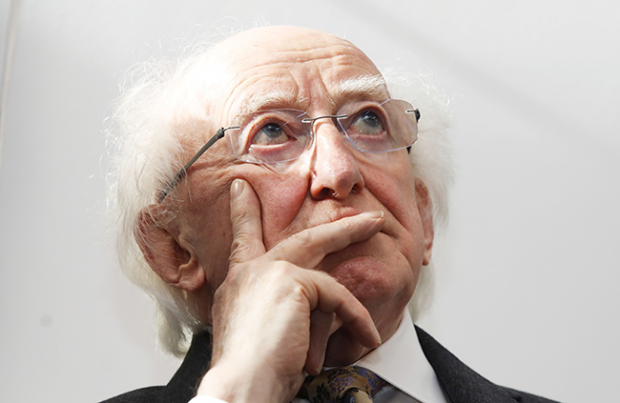 It’s been a bad time for some newspaper columnists and broadcasters. Recent months witnessed an ill-judged pile-on by a group of Dublin-based commentators against President Michael D Higgins in the wake of his decision to decline an invitation to a church service in Armagh marking Partition and the establishment of the 'Northern Ireland' state.

The episode served to confirm the utter detachment of a coterie of self-appointed ‘opinion formers’ from the views of the vast majority of people and highlighted the collapse of a political narrative some of them have propagated for decades.

From their privileged media platforms, a small group of loud voices sought to portray the decision of Michael D Higgins as “controversial” or “divisive”.

This, in spite of all the evidence to the contrary, including the fact that opinion polls showed more than 80% of people in agreement with the President.

So it was that we were treated to hackneyed tropes about “two tribes”, “narrow nationalism”, and how it was time we all showed “maturity” and “sophistication” when it came to Partition. Yawn!

They ridiculed any idea that the Armagh event - to be followed by others, including a state reception at Hillsborough Castle and the illumination of historic buildings in Britain and the Six Counties to celebrate Partition - could actually cause offence to many.

Not once did they question the idea of holding a church service around the forced division of Ireland and all that followed, or whether the attempt to sanitise a contentious proposal by seeking to involve the President merely exacerbated things.

No. They ploughed on as each day passed, deluded about their own moral superiority and encouraged by the groupthink which has made much Irish media commentary a hermetically sealed echo chamber. 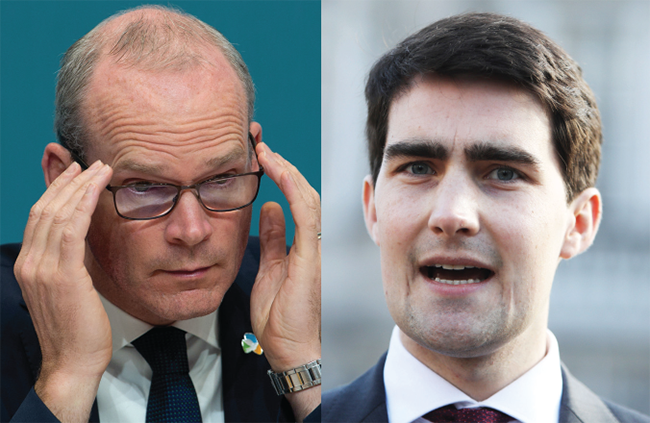 That such sermonising was delivered in the main by middle class, Dublin-based columnists and radio presenters, well cushioned from Partition’s worst consequences, to an audience which included those who experienced the harsh reality, was utterly lost on them.

Their obsession with the President’s decision was in stark contrast to their silence on the British government’s proposals to deal with the legacy of conflict which have alienated victims from all communities in the North, further highlighting their utter lack of sincerity on the issue of reconciliation.

There was also a pungent whiff of self-loathing in the air with some contending that any view of British imperialism as historically malign, unjust, and exploitative is an exclusively Irish nationalist opinion. Perhaps they should ask the peoples of Africa, the Middle East, or even the United States.

Commentators leading the charge against Higgins included some with a long established hostility to the North and northerners and who never fully accepted the implications of the Peace Process or the Good Friday Agreement.

Time may have moved on for everyone else, but these ‘Japanese soldiers’ are still fighting a pointless rear-guard action in the columns of newspapers with ever-declining circulation figures.

What motivates them is the collapse of the political consensus which supported their narrative for so long. A consensus sustained by successive Fine Gael and Fianna Fáil governments, echoed by many in the SDLP and reinforced by the Catholic Church hierarchy.

But Ireland has changed. The old power structures have crumbled. And their hogwash, well, it no longer washes.

As the goal of finally ending Partition comes into clearer view, perhaps they realise that the acres of newsprint they gorged on denouncing republicanism looks, in hindsight, like so much wasted effort. It’s got to hurt.

The first blow to their narrative on the President’s decision not to go to Armagh was when Britain’s Queen Elizabeth said she wouldn’t be attending either for “health reasons”. Many concluded that she backed out of what had become an overtly political and controversial occasion.

The second was when GAA pundit and columnist Joe Brolly, in a column in the Sunday Independent northern edition of all places, detailed the reality of Partition and why the Armagh event had been misguided.

Brolly is from Derry which should lend some authenticity to his views but he was rounded on by some of his Southern colleagues, with one describing him as “mad”.

In the end, the Irish Government was represented in Armagh by Foreign Affairs Minister Simon Coveney and Chief Whip Jack Chambers.

In case anyone was in any doubt as to whether this was a ‘celebration’, Boris Johnson attended, sporting a Union Jack face mask. The point was driven home by unionist representatives in interviews after the event when they emphasised its celebratory nature.

Another blow to the narrative of the anti-Higgins brigade came the following day when Shaykh Umar al-Qadri, a Dublin based Sunni Islamic scholar, pointed to the insular pomposity of the clerics who organised the event. He received a huge and positive response on social media when he said:

“Like our President, I wouldn’t have attended a service to commemorate Partition and division anyway, but the fact I nor any other non-Christian leaders received an invite to yesterday’s service suggests to me it was very much looking back, and not forward to a new Ireland.”

The President’s decision, and that of Sinn Féin, to decline invitations was both logical and politically honest. Partition was imposed against the wishes of the majority of Ireland’s people.

The creation of the Northern state was facilitated by violent, sectarian pogroms against Catholics in the North who were then forced to endure decades of discrimination in housing and employment, the denial of their Irish identity, and a one-party state and vicious state repression, including murder, of those who sought redress.

To think that nationalists or republicans, of any hue, need time to reflect on that is a bad joke. To call those offended by the occasion “sectarian” is Orwellian.

Partition was the most sectarian event to happen on this island, and to end sectarianism and division, we must end Partition.

There is nothing to celebrate in the Partition of Ireland and the apartheid state it created in the North.

Partition did not just negatively affect the North. It had a huge, negative impact on the whole island. What developed in the 26 Counties was a narrow, confessional state scarred by economic stagnation, repeated waves of emigration and social conservatism. While major social progress has been made in recent years, much more remains to be done.

The undoing of Partition and its effects are central to the building of a truly modern, progressive, inclusive, open and forward looking society.

Huge political progress has been made on this island in recent years. The Peace Process and the Good Friday Agreement marked a historic shift in the political landscape. For the first time, the roots of conflict were addressed and a peaceful and democratic route to Irish unity opened up.

Remembering the past is important in understanding how to build a better future. However, seeking to ignore the central role of British imperialism in the history of Ireland and the reality that Partition was a deep and damaging injustice is folly.

It is to ignore the historic memory of the Irish people and the lived reality of so many in the North, to exonerate injustice, and to undermine genuine attempts to build a political future based on genuine mutual understanding and respect.

We must all overcome the injustices of history and its legacy but sensitivity and respect must be at the core of official remembrance.

Distorting the historical record merely heaps further injustice upon injustice. We cannot build a better future if we seek to misrepresent the past.

The President was right. And so was Sinn Féin.