Reforming the fiscal rules: a radical shift or short shrift?

The EU Commission has relaunched its review of the Eurozone’s fiscal rules. Announced with something of a whisper, expect a lot of raised voices in the coming months. The rules were thankfully suspended at Covid’s onset and won’t return until 2023.

For the uninitiated, the rules place limitations on each member state's debt and budget deficit levels. As such, they have a significant impact on economic performance. Two of the principal requirements are that annual budget deficits remain below 3% of GDP and the total debt to GDP ratio of state be below 60%.

Their suspension allowed states to undertake the necessary emergency spending needed to address the pandemic. While the EU has created a €750 billion spending fund, the coalition government had diverted an extra €32 billion in spending by July 2021 to mitigate the impacts of Covid, measures that would not have been possible if the Eurozone fiscal routines had not been suspended.

As long as the Eurozone spending rules have been with us, almost 30 years now, so too have been calls for reform. It’s speculated the EU Commission will propose their simplification, greater incentives for productive investment, and changes to debt to GDP ratios.

Submissions from member states are being sought and it’s essential we have our say. As the IMF pointed out, we’re facing a future of considerable uncertainty. Uncertainty for our low corporate tax model, corporate tax revenues, and environmental performance.

If we are to achieve economic growth that’s sustainable, inclusive, and leads to shared prosperity, we will increasingly have to ‘grow our own’ when it comes to stimulating new businesses and developing new economic initiatives.

There is an exceptional opportunity for an entirely new entrepreneurial approach in Ireland with visionary and strategic public investments distributed across all the economy, the aim of which is to drive domestic innovation. It would mean synergy between the state and private sector, with local communities rural and urban. We should set no boundary on what could be possible whether it is a more radical all island broadband infrastructure or a fully developed electricity infrastructure that can deal with all types of renewable energy.

However, the rules as currently constituted will act as a barrier to that, straitjacketing not only our national efforts to achieve a Just Transition with a Green New Deal, but also with wider European efforts.

Below I make the case for reform, outlining what kind of reformation is required and why our government needs to become actively involved in the reform process.

The Fiscal Rules – A brief history

The purpose is to marry short-term spending with the longer-term sustainability of public finances.

This approach gained popularity in the 1980s as countries shifted economic policy from the post-war Keynesianism toward the monetarism of Milton Friedman, which found disciples in Thatcher and Reagan. According to economist Bill Mitchell, "The rationale of controlling government debt and budget deficits were consistent with the rising neo-liberal orthodoxy".

Under this framework, independent monetary policy was responsible for delivering price stability, with fiscal policy to be more limited.

New Zealand was a first mover passing its Public Finance Act (1989), the same year that then EU Commission President Jacques Delors published the ‘Report on economic and monetary union in the European Community’.

Interestingly, New Zealand is again a first mover, recently reforming its rules on the basis that "arbitrary debt and spending targets are not appropriate and have limited the Government’s scope for change".

Between 1990-2015, countries with national or supranational rules jumped from 5 to 96. It’s worth pointing out that two of the main Eurozone requirements, budget deficits below 3% and a debt ratio below 60%, were selected arbitrarily, weren’t grounded by any serious empirical research, and lacked any solid theoretical foundation.

What I mean here is there was nothing to demonstrate that 3% deficits were more sustainable than 4%. It depends on the circumstances which they arise and how the spending is deployed. The 3% rule implies deficits above this size are problematic, but sometimes deficits in excess of 3% are part of the solution, like when the economy is in the midst of a pandemic. In the 26 Counties last year, the budget deficit was €18.8 billion, 5% of GDP, and is expected to be €21.5 billion in 2021, all pandemic related.

The targets were also justified on the basis that they would help to prevent debt externalities, a situation where one nation’s debt troubles or likelihood to default could have spill over effects for its neighbours. But they came into existence at a time of historically high interest rates, which have been in decline ever since. This new world of low and negative rates lowers default risk.

However, it presents a new problem. With monetary policy having lost its stimulatory ability, we’re left with a new externality – a demand externality. This can only be addressed fiscally. 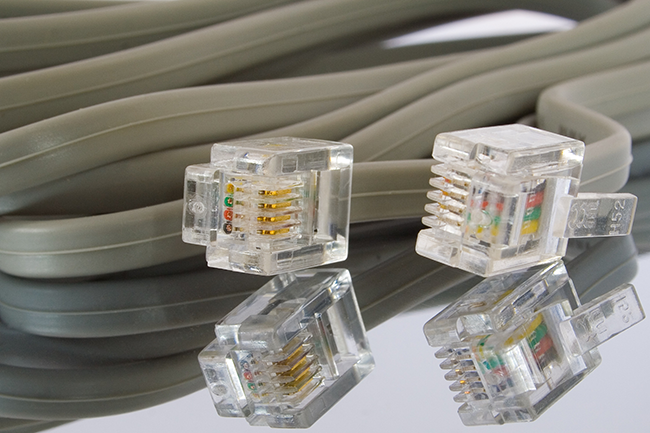 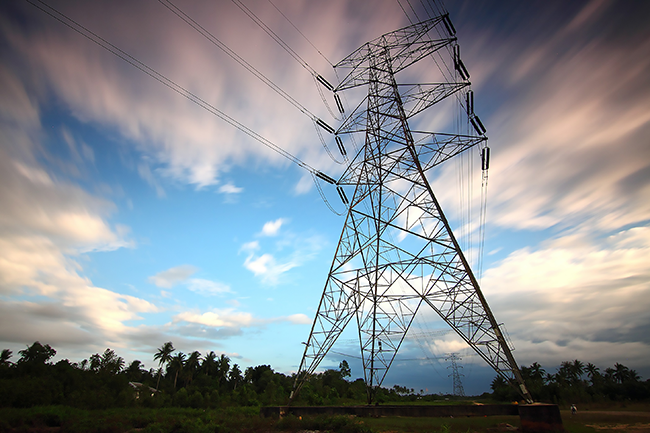 Rules made to be broken?

Rules built around debt and deficit ceilings won’t necessarily be a good proxy for debt sustainability. Sustainability doesn’t just depend on present debt/deficits, but on future things like interest rates, primary balances, and growth. The future is radically uncertain and, whilst we expect interest rates to remain low, debt serviceable and favourable towards investment, the fact is we don’t know what the future holds.

Regarding the primary balance a country can achieve, multiple factors are at play; its tax base, the composition of its government, the business cycle, demographics. This doesn’t mean we should try to add more provisions, because the sheer amount of different possible contingencies renders this too difficult.

The EU Commission has made various attempts to tweak the rules since their establishment. But it has merely served to add increasing layers of complexity and opacity. One former IMF chief economist compared their evolution to the Cathedral of Seville, a byzantine like structure integrating successively complicated layers.

Moreover, compliance has been poor. One study found that ‘the share of countries with a debt ratio greater than 60% increased from 35% in 1999 to 75% in 2015’. Given the large level of additional pandemic spending, they’ll need to be modified otherwise there’ll be an automatic return to austerity.

Thankfully, the Commission gets this and comments by certain top Eurocrats indicate an upward revision of debt levels is on the cards. For example, Klaus Regling, the head of the European Stability Mechanism, said that countries can ‘comfortably live with’ higher debt.

But is this enough? 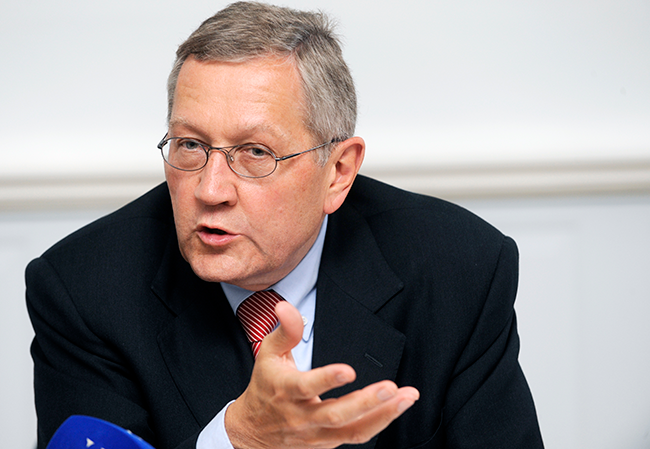 Since introduced, there have been calls for the rules to be rejigged or outright rejected. Precluding abolitionist calls, reformist proposals included exempting public investment, cyclically adjusting the 3% ceiling, shifting from a deficit ceiling to a public debt ceiling, etc.

For now, let’s recognise the pro-cyclicality of fiscal rules. In other words, they do the opposite of what’s intended. Prior to 2008, this meant member states didn’t push to reduce debt, but, after the onset of the financial crisis, they rushed to cut debt and spending when they should have done the opposite.

Fiscal rules should be counter-cyclical and yet, despite the various amendments made over the years, the outcomes have been mainly pro-cyclical. That’s why the Commission acted so swiftly to have them suspended.

Any reforms must account for the environmental crisis. We should aim to introduce some form of ‘golden rule’ which revises the current investment clause. This revision could create the kind of flexibility that would exempt ‘green’ public investment from debt/deficit considerations.

Currently, there’s an investment clause which provides scope for exempting investment that has ‘positive, direct and verifiable long-term effects on growth and on the sustainability of public finances’. But restrictive conditionality means only two EU countries, Italy and Finland, ever qualified.

Naturally, some would argue this would be abused, but checks and balances could be used. The maximum amount of green investment states could exempt could be limited to the size of their ‘green investment gap’. This could be funded through ‘green bonds’ whose size is determined by this gap, and reviewed annually.

Once negotiations begin, dividing lines in the EU between Northern (surplus) and Southern (deficit) countries will emerge. The former favouring a stricter fiscal stance, the latter a more growth orientated approach. Irish governments often sought to associate themselves with the former.

However, the coming international tax changes will see our GDP fall in the future, meaning our interests will lie with Southern countries. Our overinflated GDP previously made this debt/GDP ratio manageable. But if GDP falls, our debt rises as a proportion of it, hampering our ability to spend at a time when we need it to expand.

More importantly, minor reforms won’t help us combat an existential climate crisis. We have a narrow window of opportunity to implement a paradigm shift in debt and spending across the EU. But in order to influence the debate the Irish government needs to get on the pitch.

Unfortunately, they’re not even at the grounds yet, they haven’t togged out, and they’re seemingly unaware that the match just kicked off. Come on lads, it’s all to play for.