A government for the people 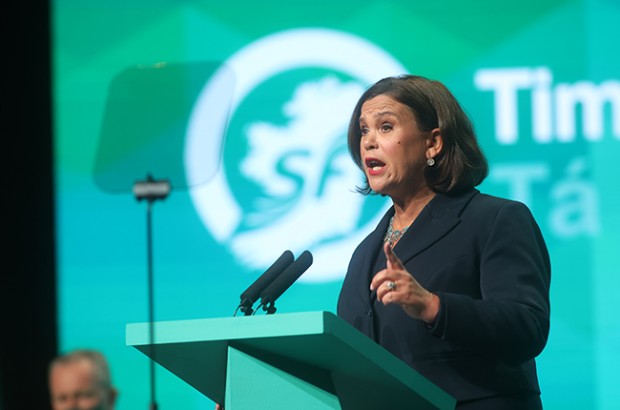 Jim Gibney reads Mary Lou McDonald’s Ard Fheis speech and discusses the new reality that Irish political culture is being radically changed and that Sinn Féin is in the lead of that radicalisation.

In my lifetime of activism, I never thought I would see the day that a speech from a Sinn Féin president, the very popular and irrepressible Mary Lou McDonald in this instance, would contain the following words – ‘It is time now for a government for you and your family, that puts workers and families first. Sinn Féin will deliver that government for the people. We want to lead that government for the people. I want to lead as Taoiseach if you give us that chance. And ‘If (in the North) Sinn Féin emerges as the largest party, we will nominate Michelle O’Neill as First Minister’.

Wow what a turn of events that would be; Taoiseach Mary Lou and First Minister Michelle.

‘Lead as Taoiseach’ ‘First Minister’ – an unreachable dream, a few short years ago. But now a real possibility that depends on the will of the electorate. And that is a turn of events that for republicans, especially of my generation, belongs in the realm of political dreams.

The changes that I have seen, from 1994 when the IRA called its ceasefire, have been, on occasions, earth moving – the ceasefire itself; the meeting between Taoiseach Albert Reynolds, John Hume, and Gerry Adams and the famous handshake on the steps of Government Buildings; the ceasefires by loyalists; the release of the political prisoners; the demilitarisation of the SIx Counties and a new police service; Sinn Féin in government in the North with unionists; President Bill Clinton on the Falls Road, shaking hands with Gerry Adams; a high-powered delegation from the African National Congress in Belfast offering their experience to help consolidate peace; Martin McGuinness and Gerry Adams leading a Sinn Féin delegation through the door of 10 Downing Street for the first time; and the spectacular Dáil election breakthrough by Sinn Féin in the February 2020 election when the party took 37 seats. 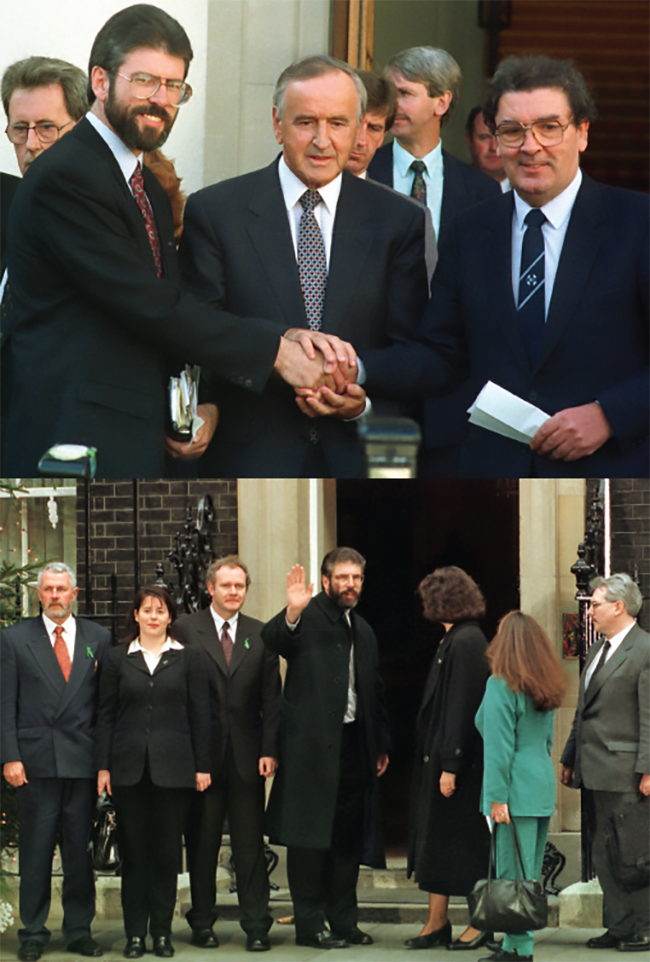 These developments and others represent huge changes for all the people of Ireland and Britain. And they are of particular significance to republican activists and to those who have struggled long and endured much to bring about unity and independence.

I would dearly love to add ‘Taoiseach Mary Lou Mc Donald’ and ‘First Minister Michelle O’Neill’ to that list. Such an outcome would be a huge step forward to the goal of a new and independent Ireland.

The only obstacle to a united Ireland, the denial of a free vote, and other contrived impediments, including a unionist veto, have been removed as a result of the Good Friday Agreement.

Mary Lou’s speech has been crafted and grounded in the new reality that the political culture on this island is being radically changed and that Sinn Féin is in the lead of that radicalisation through its uniting Ireland campaign and its promise to deliver a programme of change which empowers workers and families.

Mary Lou’s speech is ambitious and not just for Sinn Féin; it is important because the party, more than any other party, has the dynamism and energy to deliver the change that Irish society needs.

However, it is mainly ambitious for the people of Ireland. Ambitious to end the artificial division of Partition which has insidiously separated nationalists and unionists on a basis of political aspiration and corroded all areas of human relationships – political and personal.

Ambitious for ‘shop workers, cleaners, bus drivers, truck drivers, carers SNAs, teachers’, the frontline who protected us and saved lives during the worst period of the pandemic.

Ambitious to protect buildings associated with the nation’s struggle for independence and to see Moore Street become a national museum for the heroes of the 1916 Rising.

Ambitious to bring truth and justice to the families who lost loved ones in the conflict and oppose the British government’s amnesty for its killers.

Ambitious for the people of Palestine and Cuba, reaffirming our years of solidarity.

Ambitious too for a political system which places people and their needs at the centre of government and decision making and delivers change to the families for example affected by the Mica and Pyrite housing scandal. That ends the housing crisis and rip-off rents; ends overcrowding and record waiting lists; ends the crushing cost of living. 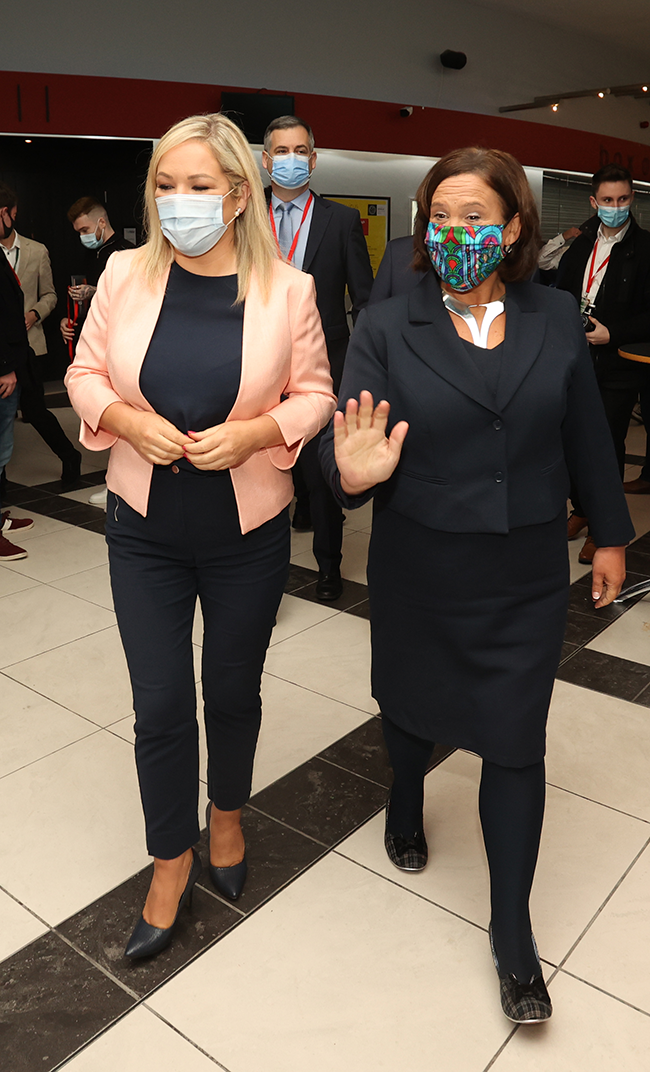 This is a ‘can do’ speech that firmly rejects the notion that ‘change is impossible’ and believes that all change is possible.

Change that can ‘unite our country’. Change that can ‘fix housing and healthcare’ and build a resilient economy in which business and workers rocked by Covid can recover.

Change that can place, for the first time, two republican women in the position of Taoiseach and First Minister with a mandate that puts families first and not the ‘property developers and profiteers’.

The speech links change to people power – ‘Every big step in Irish life has been made by ordinary people seizing the day’.

And it does so in a moral framework where ‘fairness, equality, kindness and community’ meets ‘a generation brimming with talent, ambition, and big ideas.’

From the ‘Easter Rising to Armagh Gaol, and the H-Blocks of Long Kesh, republicans have led heroically, selflessly in pursuit of the dream for freedom’…from marriage equality to repeal of the Eighth, people have organised, agitated, persevered and won.’

And in the North, Communities Minister Deirdre Hargey has set an example of what is achievable in power by delivering ‘the biggest transformational housing plan in a generation’.

Mary Lou’s speech, packed with ‘big ideas’ provides solutions for the problems facing the people of Ireland and the world – none more so than the climate crisis and makes it clear that a combination of state and popular action is needed to ‘make people’s lives better’ and protect the earth.

In the last few sentences, the speech captures the desire for change and the mood of the agents for change – the people – ‘This is the time. Our time. There is no limit to what we can achieve.’