Bloody Sunday in the British media 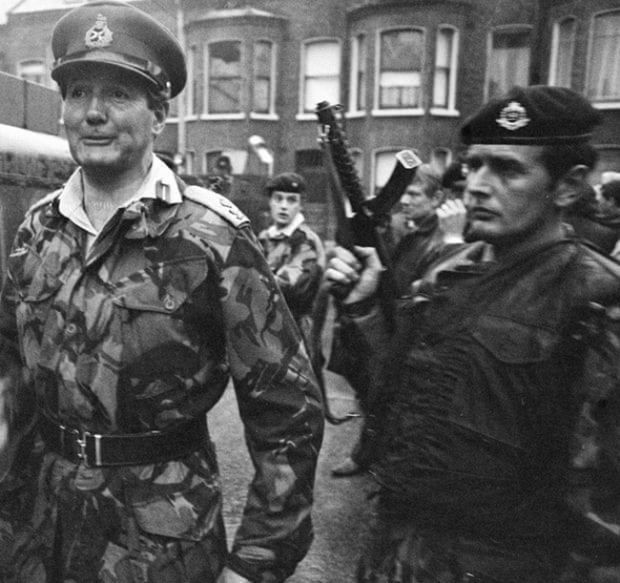 The BBC was probably then at the height of its influence over public opinion and was seen as the official voice of Britain. So when, on the Sunday night of the Derry massacre, British Land Forces Commander General Ford gave his version to BBC TV it was to set the agenda. He lied that the soldiers of the Parachute Regiment “did not go in there shooting . . . they did not fire until they were fired upon . . . the 3rd Battalion fired three rounds altogether, after they’d had something between 10 and 20 fired at them”.

Later that night, an official British Army statement elaborated on this lie, claiming that nail bombs and hundreds of rounds were fired at the Paras before they returned fire “only at identified targets”.

The next day, the British Ministry of Defence released to the national and international media a totally fabricated version of the Derry killings which claimed, ludicrously, that “all the army shooting was at identified targets in return of fire under the terms of the Yellow Card, which lays down when fire may be returned”.

The scene was thus set for the conflict in the British media between the eyewitness accounts from Derry — including from British journalists — and the self-serving lies of the British Government. Guardian journalist Simon Winchester’s account contrasted starkly with the fiction of the Paras while Times reporter Brian Cashinella said he had heard General Ford say: “Go on the Paras, go and get them!” Cahinella said the Paras “seemed to regard the Bogsiders and people who took part in the parade as legitimate targets”.

When the newspapers appeared on Monday it was clear that the British Army lies had done their work. They were far from universally accepted in the media but they served to muddy the waters and to prevent the full exposure of what happened in Derry and the due condemnation of the British Army. The Times headline ran: “13 civilians are killed as soldiers storm the Bogside” and “March ends in shooting”. Despite the damning eyewitness account of Winchester, The Guardian’s headline was also passive: “13 killed as Paratroopers break riot” (rather than ‘Paratroopers kill 13’). 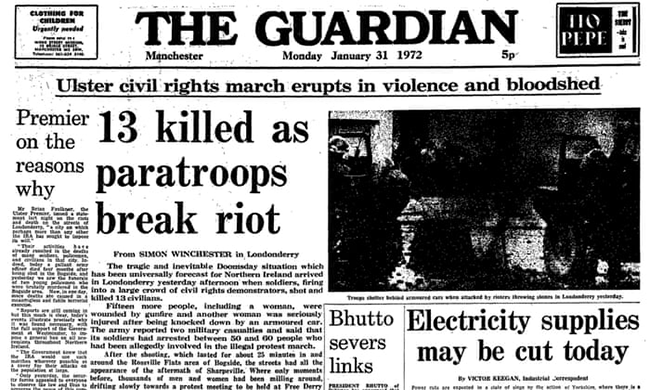 The editorial writers faced the problem of addressing the stark reported facts of murder in Derry and the ‘official version’ from the British Government. Their solution was to blame the people of Derry for organising and attending a march that had been banned. The Times opined:

“It must be presumed that those who are inciting the Catholics to take to the streets know very well the consequences of what they are doing. Londonderry had a taste of those consequences last night. The dead are witness to them.”

The Guardian editorial said the British Army has “an intolerably difficult task in Ireland. At times it is bound to act firmly, even severely.” This hand-wringing was slammed in a stream of letters to the editor over the following week, including one which said that “because Derry is nearer home than Sharpeville, Stormont, Westminster and the British Army will escape with little more than mild tut-tutting from liberal editorials”.

The Daily Express, Daily Telegraph and Daily Mail all blamed the IRA for Bloody Sunday. Only the Daily Mirror came near to outright editorial criticism of the British Army, while still ‘balancing’ the eyewitness accounts with the Paras’ version. 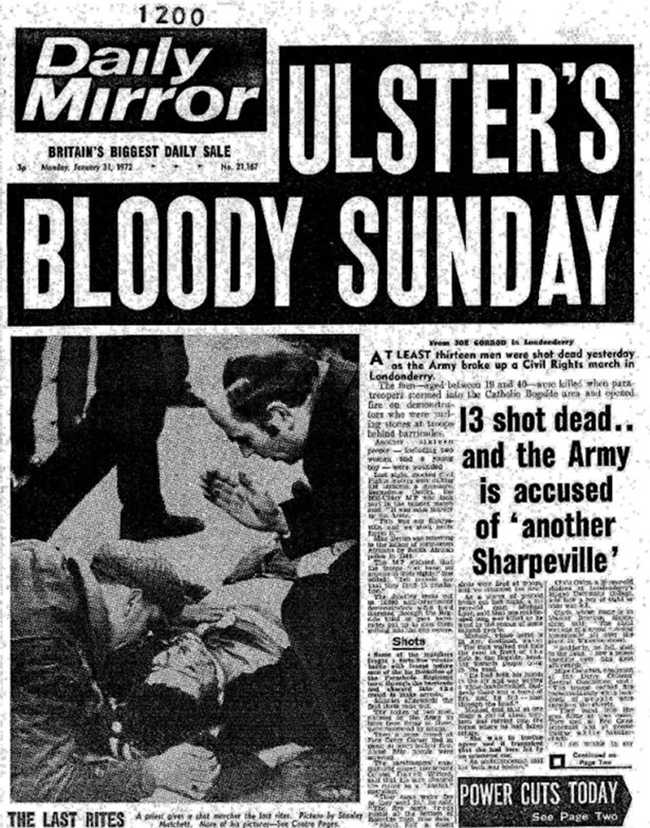 One of the most important aspects of the Widgery Tribunal, which was established by the British Government, was the fact that in the period between Bloody Sunday and the publication of the tribunal report in April, the British media was effectively silenced on the Derry massacre.

The British Government claimed that any media coverage that anticipated the findings of the tribunal  could be held legally in contempt. This dubious claim was comfortably accepted by most of the media and they turned their back on Derry. Then, when the Widgery Tribunal report was published, it was seized upon eagerly and there were numerous headlines saying that  the British Army had been ‘cleared’.

The British media (for the most part) successfully concealed from the British public the truth of the murders the British Army carried out in their name in Derry on 30 January 1972. This pattern, set 50 years ago this month, was to continue throughout the conflict.