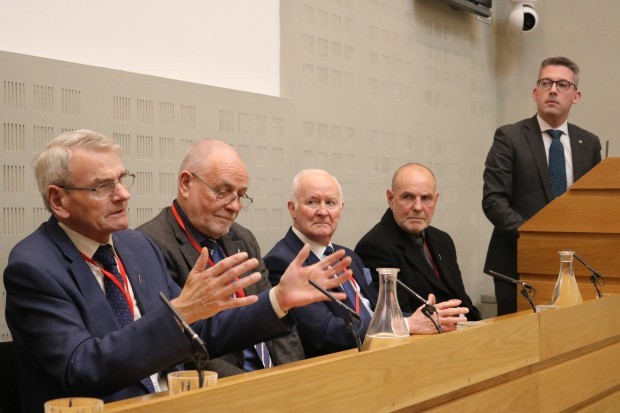 The British Supreme Court has ruled that the decision from the PSNI to not investigate the torture of fourteen men in 1971 was “wrong”, and “irrational”.

The 14 hooded men were subject to torture while they were interned without trial by the British Army in the North in 1971. The techniques included covering the men’s heads in hoods, being forced into stress positions, prolonged exposure to white noise and deprivation of sleep, food and water.

They were also thrown from helicopters having been told the aircraft were hundreds of feet in the air, only for them to be hovering a short distance off the ground. 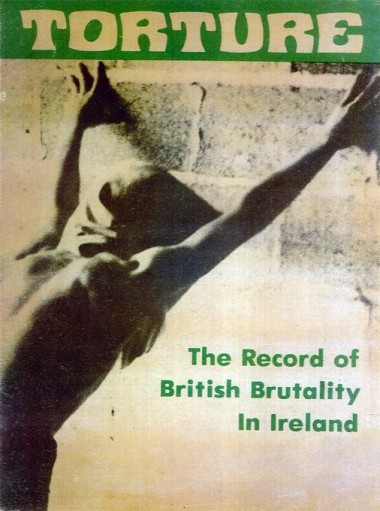 • The Hooded Men were subject to torture during their internment at the hands of the British Government in 1971.

In a statement to An Phoblacht, solicitor Darragh Mackin, who represents the majority of the “hooded men”, said the decision was "a landmark victory”.

“It was always clear that the initial investigation by the PSNI was nothing more than a window dressing exercise”, he said.

Sinn Féin spokesperson on Justice Martin Kenny welcomed the court ruling, and said that the verdict must be followed by a fresh, independent investigation.

The Sligo-Leitrim TD said; “these men and their families have now been vindicated. The attempts by some members of the British police forces to cover this up has been proven to be unlawful by the British justice system itself.”

Liam Shannon, of the Hooded Men, told An Phoblacht that “the British Government should wear the stigma of torturer because that is precisely what they are.” 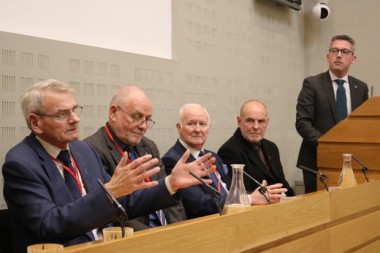 • Pictured: The Hooded Men visited Leinster House in 2018 to brief  TDs and Senators on their case, and to outline the injustice they faced

During the original three-year legal battle from 1975-1978, only two of the fourteen survivors had their testimonies heard as witnesses, while the court had not taken on board new evidence received by the prosecution in 2014. This includes twelve testimonies from the hooded men that still went unheard by the ECHR, as well as 56 lever arch files, including memos from the British cabinet office of former Prime Minister Edward Heath, that show the court was deliberately lied to by the defence in an effort to cover up the torture of fourteen innocent men. Among the evidence is a note from the former Home Secretary Merlyn Rees confirming they had used measures of torture in the North.

The then Attorney General was asked to bring the case back to the courts requesting it be revisited but declined, citing a “lack of any new circumstances on which she could base her revisiting of the case”. 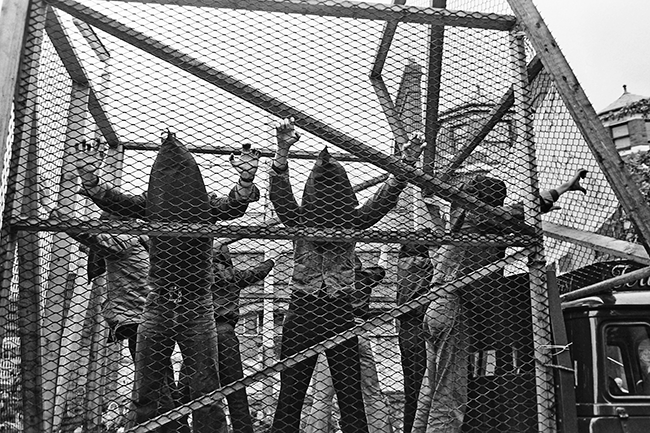 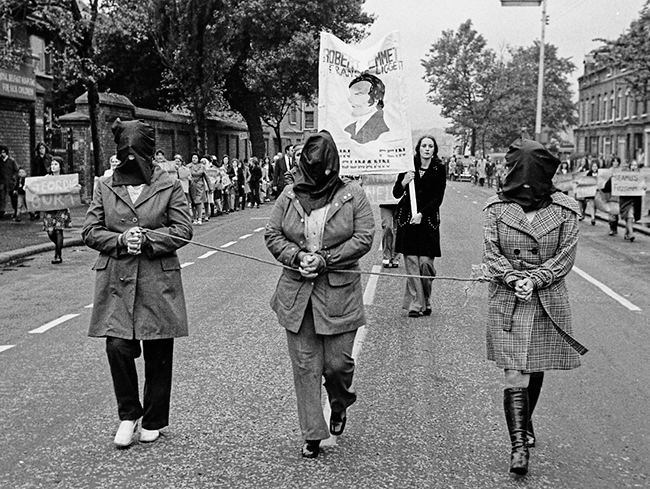 In an interview with An Phoblacht, Shannon said that none of the hooded men have ever received financial reparation or redress for their time as torture victims at the hands of the British Army and RUC special branch. Shannon cited the trauma that has followed the men for the past 47 years in their quest for justice, and the effect it had on their families. “I was 22 when I was arrested. My family were not told where I was for nine days. For all intents and purposes, I was dead”, he said.

International support for the hooded men’s case appeal has grown significantly in recent years, and has seen a new lease of life grow in the case. The hooded men intend to continue their campaign for justice and an end to torture for as long as it will take. “We’re not giving up. I’m 70 years old. I don’t have much longer to go…if I’m not here my children will take the case, and their children will take the case and we will keep fighting the case until we get justice” the ex-internee told An Phoblacht.