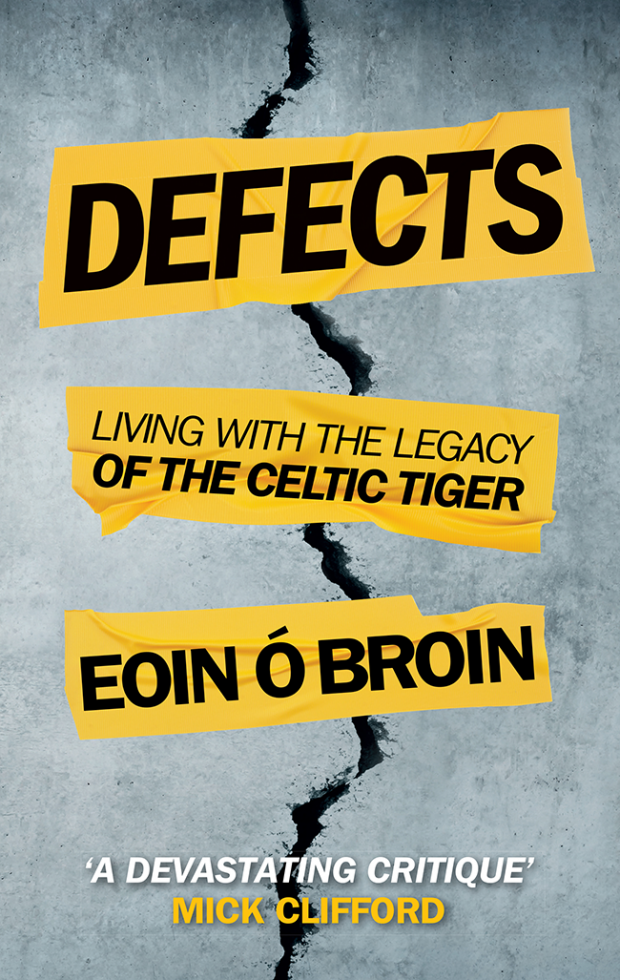 Sinn Féin TD writes about his new book Defects, Living with the Legacy of the Celtic Tiger

Tonight and every night across the state, tens of thousands of families will sleep in defective homes. In Donegal, Mayo, and other western counties, entire houses are literally crumbling to the ground, with defective blocks.

In almost every county, there are owners of apartments and duplexes living in properties with significant fire safety and structural defects.

During the heady days of the Celtic Tiger an unknown number of homes were badly built or built with defective materials.

How did this happen? Who is responsible? Who will foot the bill? Could this happen again? These are the questions that I set out to address in my new book 'Defects, Living with the Legacy of the Celtic Tiger'.

The book tells the story of five families and their struggle with latent defects. From Priory Hall in North Dublin to Brú na Sionna in Co Clare, the tragedy and trauma of owning a defective home is laid bare.

The book also names the developers and building contractors responsible. In many cases, they are household names like Tom McFeely, Michael Stanley and Bernard McNamara, all of whom are still involved in the building trade today.

'Defects' also tells the story, for the first time, of the politicians who put in place the light touch building regulations that allowed developers and builders get away with such shoddy work.

In the 1960s, as overcrowded tenements in Dublin were collapsing, the then Fianna Fáil Government passed an important piece of legislation. The Local Government (Planning and Development) Act of 1963 was the most comprehensive reform of the planning system since the foundation of the state.

Buried near the end of the Bill was a small provision empowering the Minister to introduce a state-wide building control regime, to set and enforce standards to ensure all new buildings would be safe.

A draft building control scheme was put out for consultation at the end of the 60s and the Government published a revised plan in 1976. It proposed a Local Authority-led independent inspection regime for all new buildings.

The proposal was trashed by both the Construction Industry Federation and the industry body representing architects, engineers, and surveyors.

The following year, the Law Reform Commission, concerned with the issue of defective buildings, published a report calling for a legal duty to be placed on builders to build properly. This too was attacked by the construction sector.

Cowed by the industry lobby, Government threw the draft building control regime in the bin and there it stayed until 48 people lost their lives in the Stardust fire on Valentine’s night in 1981.

The report of the Tribunal of Enquiry established by the Government has been rightly criticised for effectively exonerating the owners of the nightclub. Justice Keane’s criticisms of the Government’s failure to introduce a building control regime was damning.

Indeed, Keane went so far as to say if key provisions of the 1976 draft building control regime had been in place at the time of the Stardust fire, “the consequences of the disaster might have been significantly diminished”.

Keane called for the fire safety elements of the 1976 proposals to be fast-tracked within three months.

Instead of accepting the Tribunal’s recommendations, the then Labour Minister for Environment, Dick Spring, brought a detailed memo to Cabinet. The Tánaiste rejected Keane’s criticisms and supported the construction industry’s proposals for a system of self-certification for new buildings.

The Building Control Bill was introduced in 1984. At its heart was a regime where builders and developers certified their own work. While Local Authorities could undertake inspections, there was no obligation on them to do so. 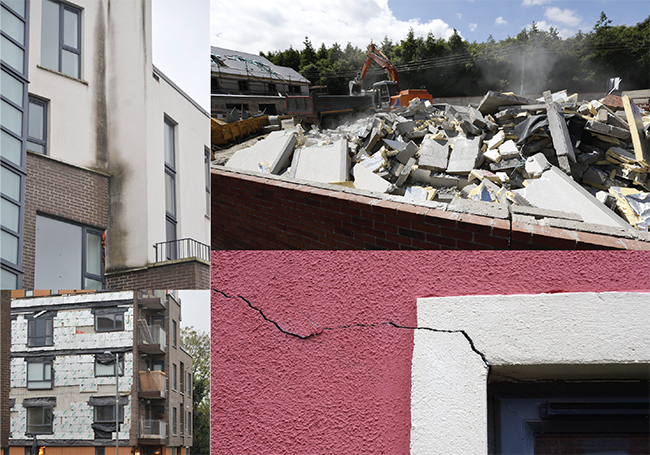 • The book deals with Priory Hall and the pyrite foundations in Leinster and defective blocks in Donegal, Mayo and other western counties

The legislation took six years to pass through the Oireachtas and a further two years to come into effect. First steered by Fine Gael Minister of State Fergus O’Brien, it was Fianna Fáil’s Pádraig Flynn who was ultimately responsible for the act.

During the years of debate and committee hearings, a small number of TDs raised significant concerns; chief among them was Proinsias de Rossa and Eamon Gilmore of the Workers Party.

They challenged what they termed the privatisation of building control and warned that the legislation would allow rogue builders and architects to build defective properties with no protection for the homebuyer.

Their concerns were dismissed by Flynn who claimed that builders would “only be able to continue in business as long as they have good quality work as their trade mark”.

Within a few years of Flynn’s self-certification regime coming into effect, the 26 Counties experienced a building boom that drove the Celtic Tiger economy.

Tested in the most extreme of circumstances, the building control regime introduced by Labour, Fine Gael, and Fianna Fáil failed. De Rossa and Gilmore were proven right and tens of thousands of homeowners were left with defective homes.

‘Defects: Living with the Legacy of the Celtic Tiger’ charts the years from 1992 through to the present, exposing the weaknesses of Phil Hogan’s reforms in the aftermath of the Priory Hall scandal. It also details the reports and redress schemes established to deal with pyrite foundations in Leinster and defective blocks in Donegal, Mayo, and other western counties.

In addition to calling for 100% redress for all Celtic Tiger era defective home owners, the book sets out a comprehensive reform plan for our entire building control regime.

If we are to learn anything from the defects scandals of the Celtic Tiger era, it is that self-certification does not work. We need an independent Local Authority inspection regime to ensure all buildings meet the required standards. And we need comprehensive consumer protection for home owners so that no family in the future has to face the tragedy and trauma that so many people are experiencing today because of the failure of politicians and the greed and negligence of builders and developers.

Defects, Living with the Legacy of the Celtic Tiger is published by Merrion Press and copies are available from www.sinnfeinbookshop.com