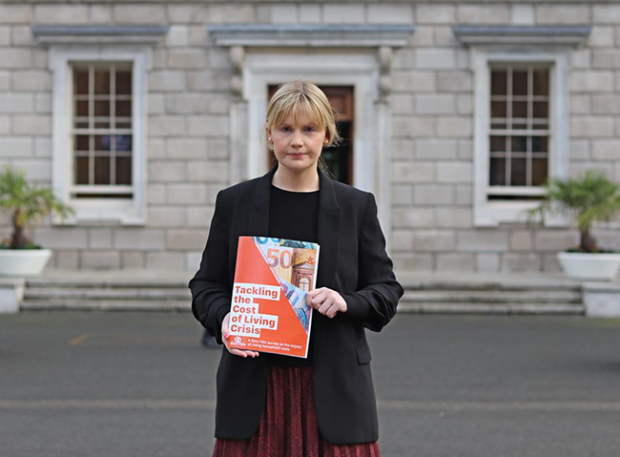 Sinn Féin spokesperson on Social Protection Claire Kerrane TD has demanded that the Government act now to tackle the cost of living crisis as the party’s citizen survey revealed that 76% of respondents were concerned about the cost of living, 98% thought that the government was doing enough to tackle spiralling prices and 77% reported that rising costs were having a negative impact on their mental health.

Teachta Kerrane was speaking as she published the results of her cost of living survey this week, which exposes the major financial pressures workers and families are under due to rising costs. More than 14,000 people took part in the survey.

“More than 14,000 people took part in my survey about the cost of living crisis. The results are shocking and expose the stark reality of how urgent this crisis is and the pressure that workers and families are under due to spiralling costs.

“People’s incomes are staying the same, while costs are continuing to increase across fuel, rents, childcare, groceries, healthcare and energy bills; to name just a few. 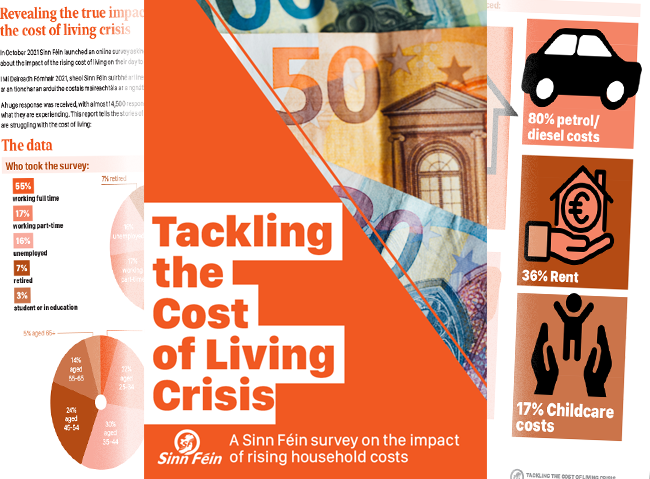 “This is putting huge financial pressure on people, as they struggle to keep on top of their bills every month.

“I want to thank everyone who took part in my survey and who shared their experiences with me. The stories are shocking and expose the reality and extent of this crisis.

“Young families spoke of the crippling anxiety of paying childcare fees, which often cost as much as a second mortgage or rent each and every month. One young woman told me about her desire to start a family and how she fears she simply won’t be able to afford to have a child.

“Sinn Féin has led the way in challenging sky-high insurance costs, energy and fuel prices, mortgage costs and rents. But we need action from the government now. The government must act.

“One key step to ease these financial pressures this winter is for the government to remove VAT from domestic energy bills. Energy prices have risen by 25 percent, while the cost of home heating oil has soared by a staggering 71 percent. The government increase in Carbon tax is pushing bills up further, putting more families under real pressure. This government is ignoring how much pressure households are under this winter.

“The first step they can take is to remove VAT from domestic energy bills for low and middle income households this winter. Secondly, the Government must cut rents and then freeze them. Thirdly, they must scrap carbon tax hikes. Sinn Féin will stand up for ordinary workers and families to end this cost of living crisis and ensure they get a break.”

The Sinn Féin survey results are available at this link: HERE