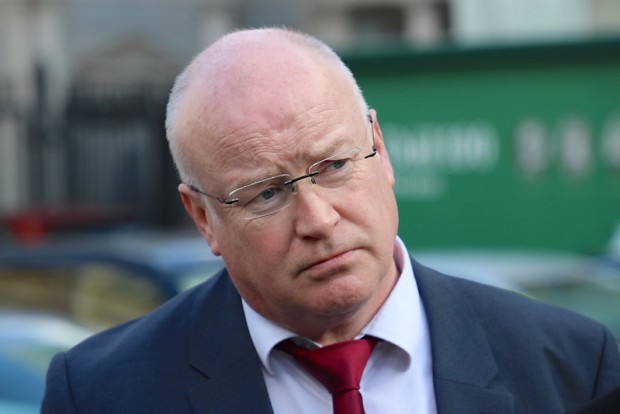 Deposit return schemes work best when a smaller deposit fee of around €0.10 applies to smaller, highly recyclable containers. A €0.20 deposit then applies to larger containers such as two litre plastic bottles.

A DEPOSIT RETURN SCHEME (DRS) for drinks containers was a centrepiece of the Taoiseach’s Programme for Government set out in June last year. A DRS for Ireland will see shoppers pay a small deposit on drinks containers which is subsequently redeemed when the packaging is returned. Done right, the scheme could be a game-changer for Ireland’s once pristine natural spaces.

But our journey to a DRS in Ireland has been beset by serious problems emanating from the Government. And unless Environment Secretary Eamon Ryan quickly changes course, he risks introducing a watered-down scheme that flies in the face of what the Irish people want.

To the dismay of environmental campaigners - the current scope of the scheme covers just aluminium cans and plastic bottles. Minister Ryan wants to exclude glass bottles despite a wealth of evidence indicating the move would be disastrous for the environment and recycling.

A VOICE Ireland poll backed by Friends of the Earth Ireland revealed last year that almost nine-in-10 people want a DRS that is as comprehensive as possible. This means including all drinks containers including glass bottles – much to the chagrin of industry lobbyists.

The majority (37 out of 40) of deposit schemes already implemented worldwide include glass. Recycling rates for glass in Ireland reduced from 86 to 78 percent between 2018 and 2019. Glass recycling rates are now substantially lower than other formats that have been included. Excluding glass, which is the most carbon-intensive of all beverage packaging, would be a catastrophic mistake and would ignore a wealth of evidence and public opinion.

But the Government’s DRS woes don’t end there. Minister Ryan is toying with the idea of introducing a flat-rate €0.20 deposit – a move that could incentivise Irish shoppers to purchase those large plastic bottles that have become a curse on Irish beaches.

A flat rate €0.20 deposit is being considered for the vast majority of containers regardless of size - from 330 ml servings of lemonade to two-litre plastic containers of cola. For smaller servings of less than half a litre a €0.20 deposit represents a huge percentage increase on the price charged to the consumer. For larger containers the increase is less significant. A flat-rate deposit risks incentivising Irish shoppers to switch to those two-litre plastic bottles that litter mile after mile of our precious coastline.

A variable deposit is seen as a way of avoiding this unintended consequence. Scandinavian countries have run successful deposit return schemes for decades. In Norway, Sweden, Finland and Denmark, consumers pay a variable deposit based on the size of the container they buy rather than a flat rate on all sizes. These schemes record very high deposit redemption rates.

Deposit return schemes work best when a smaller deposit fee of around €0.10 applies to smaller, highly recyclable containers. A €0.20 deposit then applies to larger containers such as two litre plastic bottles.

Throughout Ireland’s journey to a DRS, the Government has encountered severe problems because it has roundly failed to adopt basic standards of transparency. A public consultation on the design of the scheme was launched in October 2020, with a second round launched at the beginning of April this year. The results of the initial consultation were never published and more than six months after the second consultation the Government has again failed to publish the results. And so they have neglected their statutory responsibility to the Irish people. Voters want the Taoiseach to listen to them on a policy that could have a profound environmental impact for their children and grandchildren.

The Government’s cloak and dagger approach to the DRS is putting Ireland’s environment at risk. But it is not too late for the Taoiseach and Minister Ryan to come clean with the Irish people on the DRS.

First, it must urgently publish the results of its public consultation without delay. Second, it must have the courage to build a scheme that truly works for Ireland – one that includes glass and has a higher deposit rate for the most polluting containers.

A watered-down DRS designed in secret serves only industry lobbyists. Now more than ever before the Government must stand up and be counted.

Senator Paul Gavan is Senator for the Labour Panel.