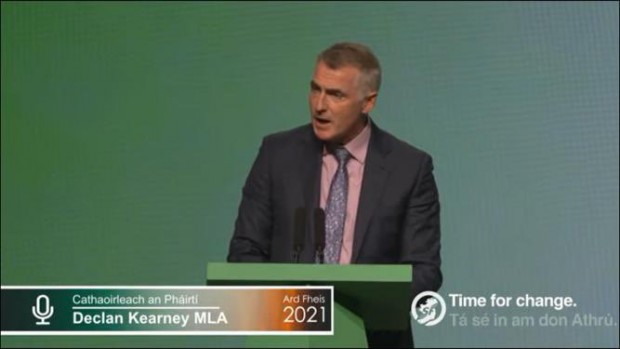 "In early 2022, Sinn Féin will begin to convene People’s Assemblies, inviting citizens and civic sectors to have their say on the new Ireland. This initiative will be a key contribution from our party to help grow the political momentum for Irish unity.:

The recent Sinn Féin Ard Fheis (annual conference) was an excellent event, reflecting the political message and morale of a growing national party.

Both during and after there was much broadcast and social media commentary on the real potential of our party being in government both north and south, and what that would mean for politics in Ireland.

‘Time for Change’ was the Ard Fheis theme. It captured the mood of the delegates and mirrored the unfolding realignment of politics throughout Ireland, and an associated, but palpable sense of ambition.

Brexit, the pandemic, and now the Protocol impasse have been driving unprecedented changes.

The once monolithic unionist majority in the north has gone.

In the south, the two big conservative parties which monopolised state power since partition have lost their dominance.

Irish unity is within touching distance.

And the momentum for constitutional change has never been stronger.

A defining watershed in British, Irish and European relations has opened up.

Some from a British identity and unionist tradition have begun to reassess what this means.

Significantly, others within civic unionism are refusing to have their horizons limited by the ‘Orange card sectarian politics’ of right-wing unionism.

They want a future built on modern, pluralist values, and quite reasonably perceive Irish unity as a way back into the EU.

A progressive, prosperous society, with constitutionally guaranteed rights, is common ground for us all.

That is what can transcend sectarian division.

And yes, the legacy of the past does continue to cast a long shadow.

More must be done to heal past wounds and to fearlessly challenge sectarianism. 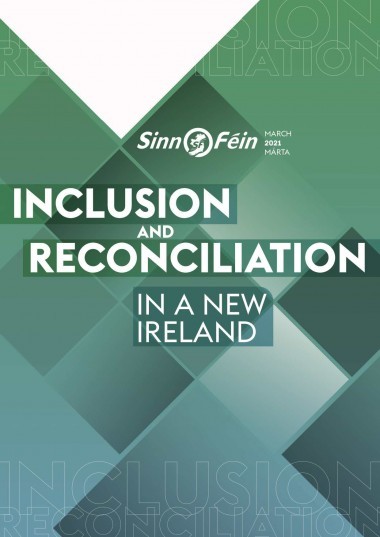 However, Irish unity and reconciliation are inseparable.

A healing process must be central to developing an agreed Ireland.

The future will not be found looking in different directions.

It can only be found by looking into the eyes of each other. Through dialogue.

In early 2022, Sinn Féin will begin to convene People’s Assemblies, inviting citizens and civic sectors to have their say on the new Ireland.

This initiative will be a key contribution from our party to help grow the political momentum for Irish unity.

It is a hugely important proposal from the Ard Chomhairle national sub committee on Irish unity.

We intend to organise these People’s Assemblies in Ireland, and also internationally to give the global Irish diaspora a voice on shaping the future of our island.

Of course, this Irish government should already have established a national Citizens’ Assembly on constitutional change.

Our 18-month long process of engagement, culminating in a published report, is not a substitute for such a Citizens' Assembly.  Instead it will provide a positive impetus.

There is no justification for the Fine Gael/Fianna Fáil/Green Party coalition government’s failure.

Its policy of refusing to prepare for Irish unity is no longer sustainable.

A Sinn Féin government in the south of Ireland would immediately redress that democratic deficit.

But then the entire basis of this coalition is increasingly untenable.

Fine Gael and Fianna Fáil created Ireland as it has been.

Sinn Féin looks beyond Ireland as it is… towards what it can become. 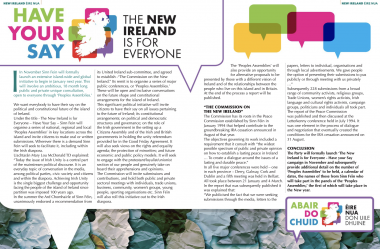 But there is a need to plan, and create alliances and coalitions for such change.

The new Ireland must be for everyone, regardless of creed, culture, ethnicity, tradition, or sexual orientation.

We need to learn from those other mass popular campaigns, like Marriage Equality and Repeal the 8th which inspired transformational social change.

Today Irish unity can be another powerful moderniser in our society.

That can happen by mobilising the huge diversity of Irish society in an exciting democratic, rainbow coalition to achieve and win a unity referendum.

A coalition which includes workers and families; the business community and labour movement; pobal na Gaeilge and rural Ireland; women, youth and LGBTQ; and our new Irish communities.

The momentum for change needs to be fuelled.

Those of us who advocate progressive change have to encourage popular expectation and ambition.

To look towards the future together in the knowledge that tomorrow can indeed be another country. 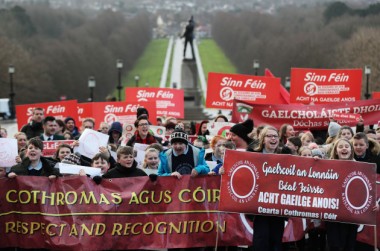 Inspired with the conviction that the new Ireland, will not be the old Ireland.

Irish unity is now the big idea whose time has arrived.

The challenge of securing Irish unity will be immense, but like our peace process, it too can be achieved.

So just as the international community previously helped to mould the conditions for a durable peace in Ireland, that same positive influence is needed to help shape the future, and conclude the journey of democratic transformation.

This is a moment for the EU and USA to once again play a strategic role in helping to navigate these new realities.

Brexit has made the direction of constitutional change in Ireland a European issue.

Ending the partition of Ireland will not only redress a century’s old denial of national democracy, it can restore equilibrium to geo-political relations in Europe, by bringing a stable united Ireland back into the multi-lateral system of the EU.

That is both a shared challenge and opportunity.