The Protocol Impasse: Tories & DUP are engaged in the worst type of toxic politics – Declan Kearney 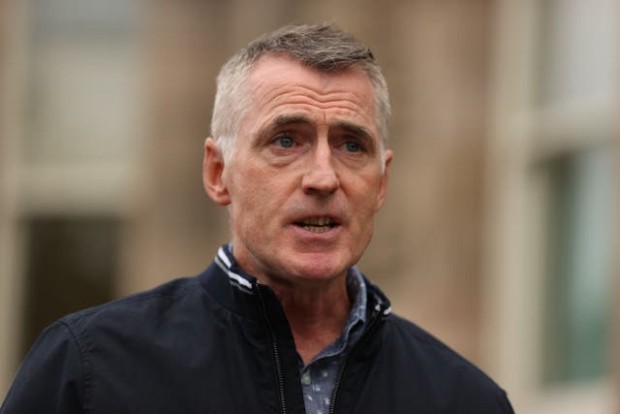 "Progressive political parties, all social partners and wider civic society need to speak with one clear voice in support of the Protocol. It is time to stand united and refuse to be dragged backwards by the wreckers in this Tory government and the DUP"

The latest threats from Tory Brexit Minister, David Frost that triggering Article 16 of the Irish Protocol is very much in live play, and the comments from Maroš Šefčovič asserting the British government has not demonstrated any movement towards resolving the current Brexit impasse, has provoked a strong political reaction. 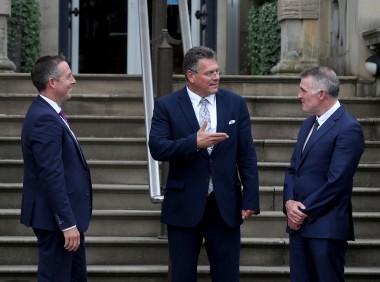 This follows on from a searing critique of the Tory Brexit agenda by former senior British diplomat, Alexandra Hall published in the Texas National Security Review. She said that it has been both disingenuous and dishonest.

One of the most significant interventions came this week from the powerful US Foreign Relations Committee, which explicitly challenged the dangerous direction being followed by the Tory administration.

Throughout 2021 the Tories have weaponised the Protocol.

The effect has been to caricature the EU as an enemy, and to keep the political pot boiling, with consequent political and economic instability in the north of Ireland.

The Tory government has obviously calculated a need for continuous political tension to maintain its electoral coalition in Britain. Ongoing conflict with Europe serves that objective.

This also suits the DUP.

It has seized on the Protocol issue as a proxy, to mobilise a unionist voter base before the next Assembly elections. At the same it has heightened community and political tension with its unlawful boycott of the North South Ministerial Council, and by making threats to pull down the power sharing institutions and force an early Assembly election.

Some unionist politicians have talked up ‘guerrilla war’ scenarios; and in some cases street disturbances have occurred, including the recent burning of two buses by masked criminals.

These unionists have malevolently conflated a non-existent threat to the British identity and unionist tradition with the existence of the Protocol. 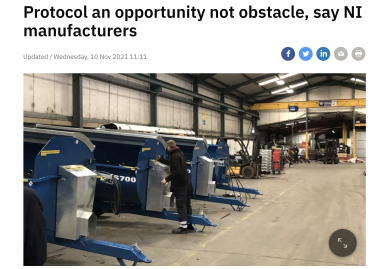 Both the Tories and the DUP are engaged in the worst type of toxic politics, and all at the expense of workers and families, businesses, manufacturers and the agri-food sector in the north.

The DUP in particular, has been dishonest and deceitful with its own electoral base. Once again, the bread-and-butter interests of unionist business and working people are being trumped by orange card politics.

Their demand to trigger Article 16 would be disastrous for the regional economy.

The north’s insulation from the worst effects of Brexit will be lost. The increased foreign direct investment interest and inquiries in this region because the Protocol is in place, will come to an end. And the growing dual market access opportunities for local businesses will evaporate.

The DUP is acting against the wishes of the majority of citizens in the north who voted against Brexit, and who do not share the hysterical assessment of the Protocol which it, and others in political unionism are trying to portray.

In fact, two polls within the last four weeks have established that most people accept the Protocol is necessary.

Renewed instability in the north is happening as a direct result of the hard Brexit which the Tories, DUP and political unionist extremists have championed: The projected cost of Brexit now, according to the Office of Budget Responsibility, is estimated to exceed the financial cost of the pandemic.

The extremes of political unionism having fabricated their own phantom crisis, are now allowing citizens in the north to be played as pawns by the Tories in its brinkmanship with the EU. 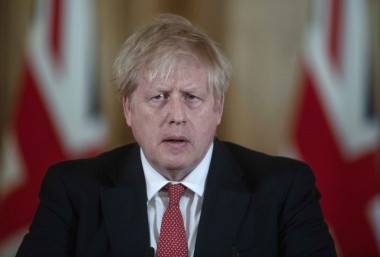 The achievements of the political process, the success of the all-island economy, and the very basis of the Good Friday Agreement are being endangered by this Tory and DUP wreckers’ agenda.

Political experience shows that from the midst of such volatility the law of unintended consequences can quickly take over.

It doesn’t have to be this way.

So, both the Tories and DUP need to step back from the brink.

There is no credible alternative to the Protocol. They know this to be true.

It was negotiated into the Withdrawal Agreement by both the EU and British government as an agreed mechanism to prevent a hard border on the island of Ireland; to protect the Good Friday Agreement; and, to avoid damage to the island economy.

As we face into this deepening and unnecessary impasse, the Joint Committee, established to address practical issues relating to implementation of the Protocol, should be urgently convened. 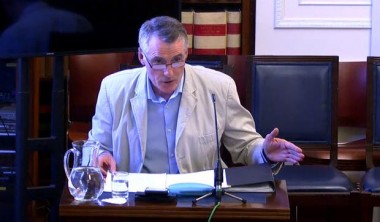 It was notable when Michelle O'Neill and myself met David Frost last Tuesday, he pushed back against our suggestion to call a meeting of the Joint Committee.

This was further evidence of the Tory approach being defined by irresponsible right wing English nationalism, rather than a desire to find sensible solutions.

The Protocol is the only mechanism available to manage the new trading realities created by Brexit. It is about economics not ideology.

This much is absolutely clear, Irish interests and concerns are being treated as collateral damage and expendable by fat cat Tories in Whitehall - who have no commitment to our peace or political processes.

The EU and US administration have played an important role to date in helping to defend our economic interests and political process. That must continue.

This is a defining period for future of the island of Ireland. There is much at stake.

Progressive political parties, all social partners and wider civic society need to speak with one clear voice in support of the Protocol. It is time to stand united and refuse to be dragged backwards by the wreckers in this Tory government and the DUP.