"Those attending the BIA in Oxford, representing governments across these islands, and other significant civic institutions should begin preparing constructively for Irish unity, and all of the new associated opportunities"

Indicative of the pressures on relations between Britain and Ireland, there was a large number of senior Irish and British cabinet ministers and civil servants present.

Ministers from the administrations in Holyrood, Cardiff and Belfast, including myself, also participated.

Platforms were given to an Taoiseach, Micheál Martin; Irish Foreign Minister, Simon Coveney; Finance Minister, Paschal Donohoe; and lead British Brexit negotiator David Frost, who was joined by cabinet Ministers, Michael Gove, and Brandon Lewis; to explain their perspectives on British-Irish relations post Brexit, the Protocol negotiations, the pandemic, legacy, and other challenges. 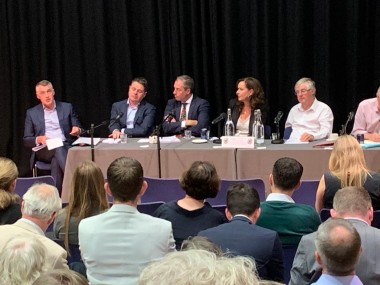 It was notable but hardly surprising, that no reference was made to the influence these issues have had in moving the political debate on Irish unity centre stage.

That was up until the Saturday afternoon session addressed by myself, Scottish Minister Angus Robertson, the Welsh First Minister Mark Drakeford, Paschal Donohoe, Michael Gove, and, the north’s Joint First Minister, Paul Given.

Angus, Mark, and I then strongly challenged the Tory government policy of centralising power since Brexit. It has undermined the autonomy and competences of our political institutions, and resulted in a democratic crisis for intergovernmental relations with Whitehall.

In my remarks I advocated a reset in political relations across these islands, and called for a joint focus from all the administrations present on how to collectively navigate the permanently changed political and economic relations both within, and between Britain and Ireland.

I told the BIA that the Irish unity is now firmly on the horizon, (and that dealing with Scottish independence is also unavoidable).

Everything has changed. Brexit caused an earthquake at the heart of the British state. Its after effects, the pandemic, and now the Protocol impasse, have been driving unstoppable change.

As a result bilateral relations between Britain and Ireland are fundamentally altered.

At the same time, the Tory power grab, under the guise of the Internal Market Act has seriously damaged wider inter-governmental relations with Scotland and Wales.

Tory Brexit Britain is increasingly behaving like an outlier with regard to international convention and multilateral norms.

The realignment of the politics in Ireland is happening in plain sight.

This unfolding reality needs de-dramatised, by bringing reason, flexibility and generosity to our discussions about how future change is managed.

Such a process must involve the British and Irish governments, all the political parties on the island, and crucially, widespread civic participation. Establishing an all-Ireland Citizens Assembly will be an important way to move this discussion forward. 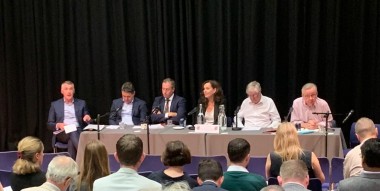 I took the opportunity in Oxford to assert the importance of power sharing for the north of Ireland, notwithstanding the challenges and limitations created by this model of government: And I reiterated  my privilege to serve as a Sinn Féin Minister, absolutely committed to our existing institutions, while having no contradiction in strongly promoting the democratic case for ending partition and securing Irish unity.

However, the history of the peace process is that power sharing, and the rights and equality agendas only succeed when both the British and Irish governments fulfil their obligations under all of the binding international agreements upon which our peace settlement has been built. That’s why the role of all the Good Friday Agreement institutions, including the British Irish Council, North South Ministerial Council, and British and Irish Inter-Governmental Council must be continuously strengthened and renewed.

Earlier in the day Brandon Lewis spoke about opportunities he associated with the centenary of the northern state.

During my presentation I noted the significance of the ongoing decade of centenaries, and how the historic relationship between Britain and Ireland has been defined by colonialism, conflict and division.

I emphasised that the experience of partition has been disastrous and continues to cast a long shadow until today, in the form of sectarianism, political and communal polarisation and the unresolved issue of how to deal with the past. 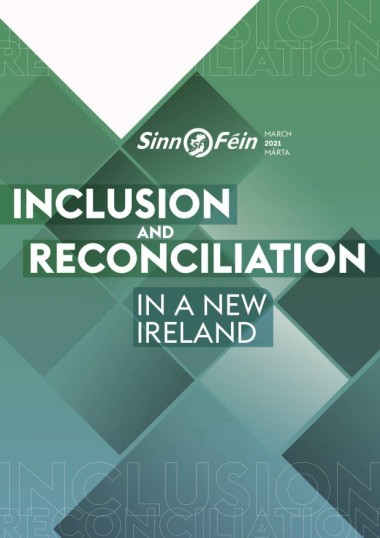 One of the biggest strategic challenges now in the north is to liberate ourselves from the legacy of old battles and move forward to open a new phase of the peace process based on reconciliation and healing.

Discussion about constitutional change in Ireland and Scotland, and increasingly so in Wales, are happening in a wider and dynamic geo political context.

Progressive constitutional change should be viewed as a modernising societal and political influence.

We should be excited about the future prospect of two new sovereign states emerging between these islands, in Scotland and Ireland, alongside a Welsh state with maximum democratic autonomy arrangements; and the potential for new forms of positive cooperation and coexistence.

The Irish peace process was in part a product of positive geo-political influences, especially from the USA and the EU.

The international community continues to have a pivotal role to play in Ireland, by supporting the transition towards Irish unity, and a new constitutional and political framework of national government, in which citizens’ rights, pluralism, prosperity, and progress will flourish.

Those attending the BIA in Oxford, representing governments across these islands, and other significant civic institutions should begin preparing constructively for Irish unity, and all of the new associated opportunities.