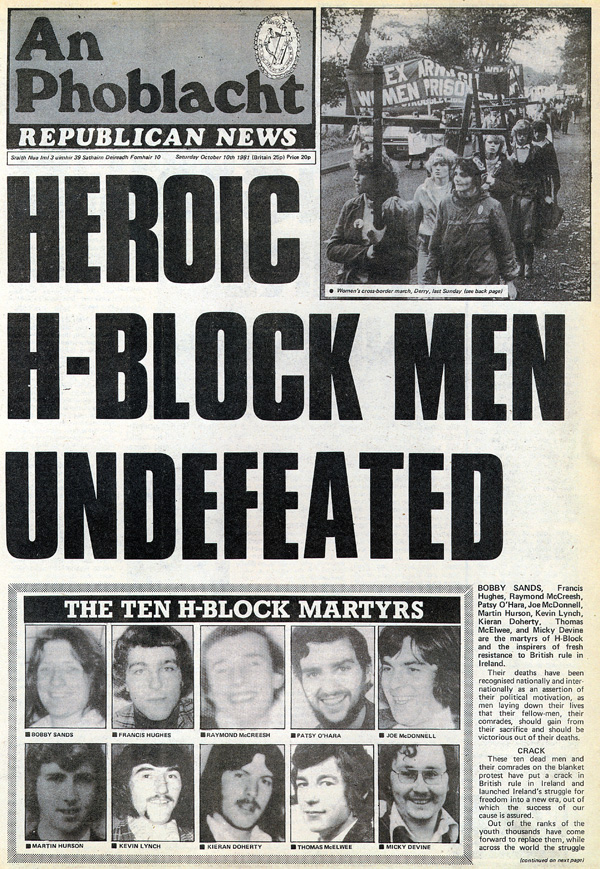 THE EPIC and heroic chapter in Irish history that was the H-Block Hunger Strike came to an end after 217 tortuous days on 3 October 1981.

The momentum of the Hunger Strike had been slowed down by a sequence of events. This process continued when Hunger Strikers Bernard Fox and Liam McCloskey reluctantly ended their fast in the last week of September 1981. This occurred at a stage when the protest had been building up again after Matt Devlin and Laurence McKeown were taken off the fast by relatives at the beginning of the month.

On 25 September, after 33 days, Bernard Fox was told he had no more than four or five days to live. He was found to have been suffering from an obstruction in a tube leading to his kidneys. Following a meeting between the Hunger Strikers and the O/C of the republican prisoners, Fox agreed to end his fast and accept medical attention to prevent his premature death through kidney failure.

Liam McCloskey reluctantly ended his fast on Saturday 26 September after his mother convinced him that she would intervene once he lapsed into a coma. In a statement issued at the time she said that she and her family fully supported the prisoners’ five demands, adding:

“We don’t want our son nor his friends to live in the conditions that created this hunger strike.” 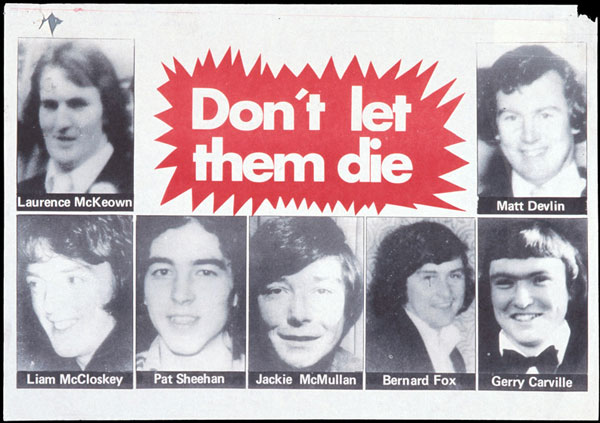 Earlier that Saturday afternoon, the protesting prisoners in the H-Blocks of Long Kesh issued a statement through the Belfast Republican Press Centre sharply condemning the “Hunger Strike breaking” tactics of Catholic priest Fr Denis Faul, whom they accused of deliberately maximising pressure on the families and especially mothers to go against their sons’ expressed wishes. 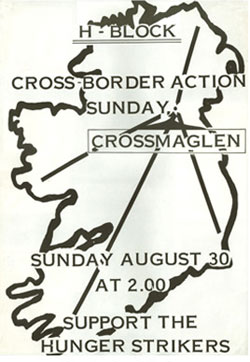 The previous Wednesday, Denis Faul had made a very public appeal to the next-of-kin of Bernard Fox and Liam McCloskey to intervene to save their lives. Faul was using the emotional vulnerability of relatives as a powerful lever against the Hunger Strikers and the prisoners’ statement said that Fr Faul had “emerged as the best friend the British Government has”.

By the Wednesday of that week, the foremost Hunger Striker, Pat Sheehan, had gone 52 days without food. He was having trouble with his eyesight and weighed only seven stone. By then, the five other Hunger Strikers had completed the following days on hunger strike: Jackie McMullan, 45 days; Gerry Carville, 31 days; John Pickering, 24 days; Gerard Hodgins, 17 days; and Jim Devine, 10 days.

Along with the obstacles created by Denis Faul’s tactics was the Irish Government’s failure to put pressure on the British Government. The Irish Establishment refused to take the type of action needed to shift the British because it believed that the credibility of the IRA was linked directly to the success or failure of the Hunger Strike.

Even the demonstration of the prisoners’ resolve to continue the fast was maligned by Faul, who suggested in mid-September that the high proportion of Belfast men on Hunger Strike (then five out of seven) was a deliberate IRA ploy designed to weaken the influence of the Catholic clergy on supposedly more ‘susceptible’ rural families of Hunger Strikers to end their fasts.

On the Sunday afternoon, Faul called a meeting with the families during which he persuaded the majority of them to indicate that they would sanction medical attention for their sons if they could not persuade them off the fast. Faul’s intervention took the pressure off the British and the Irish establishments and undermined the Hunger Strike. With all this in mind, the protesting prisoners in the H-Blocks and the remaining Hunger Strikers reluctantly decided to end their historic fast on Saturday 3 October. 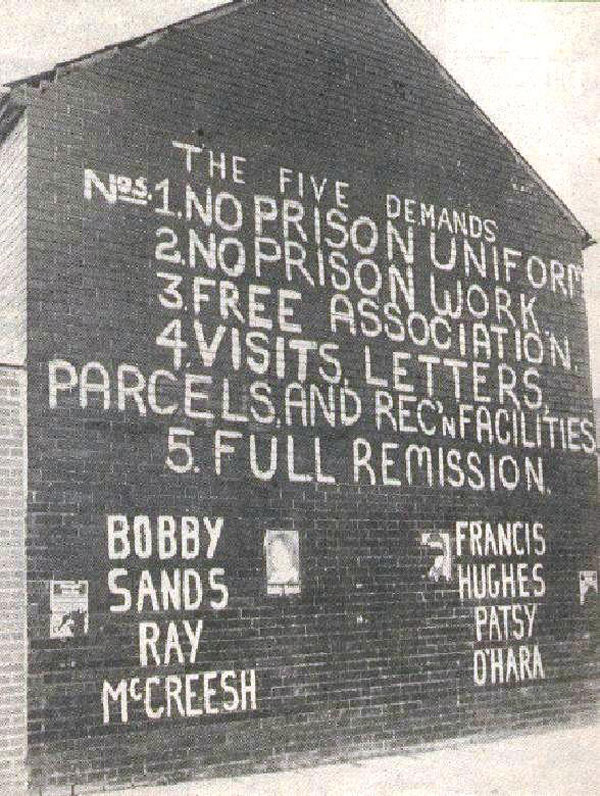 The prisoners issued a statement in which they said that they had been “robbed of the hunger strike as an effective protest weapon principally because of the successful campaign waged against our distressed relatives by the Catholic Hierarchy, aided and abetted by the Irish Establishment (the SDLP and Free State political parties) which took no effective action against the British Government and did everything to encourage feelings of hopelessness among our kith and kin. The success of this campaign meant that the British Government could remain intransigent as the crucial political pressure which flows from the threat of death or actual death of Hunger Strikers was subsiding, not increasing”.

The prisoners reaffirmed their opposition to criminalisation and said that the sacrifices of their ten dead comrades in the face of British intransigence had “given us international political recognition and has made the cause of Irish freedom an international issue. It has increased support at home and abroad for Irish resistance and has shown that the oppressed nationalist people and the political prisoners are one.”  This latest point was reinforced by the by-election victory of James McCreesh, father of Raymond, who humiliated his SDLP opponent in the fight for a local government seat in south Armagh on Wednesday 30 September.

Commenting on the sacrifices of the ten dead Hunger Strikers, Gerry Adams said: “The heroism of the ten H-Block martyrs, the courage of the men and women protesting prisoners, the stupidity of the British Government and the principled response of the nationalist people to the prisoners’ plight has had a deep and permanent effect on nationalist politics in Ireland. 1981 – the year of the Hunger Strike – is no mere temporary setback for British policies in Ireland. Nationally and internationally, its effects will be felt as the struggle for Irish independence progresses in the months and years ahead.” 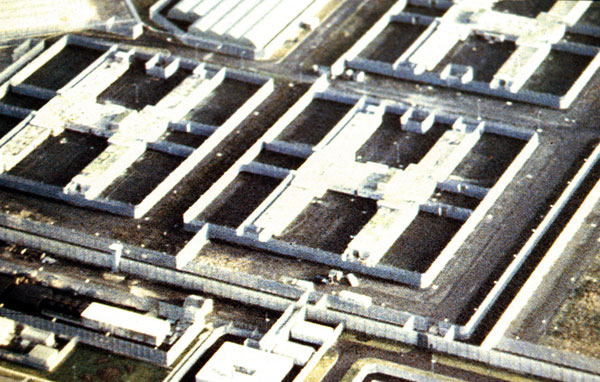 Once news of the end of the Hunger Strike on Saturday 3 October was released there was a major flurry of national, British and international media activity, most of it favourably disposed to the Hunger Strikers and their reasoning for calling off the fast. Saturday morning’s Irish Times, in expectation of a development, said that “an end to the H-Block Hunger Strike would be greeted with deep relief by the [Irish] Government, whose members had viewed the crisis it provoked as a threat to political stability, North and South”.

Within 24 hours of the announcement that the Hunger Strike was over, British Secretary of State James Prior flew back to Belfast from England. He said:

“I shall go into consultation with my officials to try and size up where we have got to and I think it would be important to get it right rather than to hurry over any decisions.”

Unionist reaction was to conclude that British intransigence had paid off – which was a mistaken evaluation and was to blind them to the political and military cost of that intransigence.

By Tuesday, when Prior announced his reforms in response to the ending of the Hunger Strike, the unionists – from Ian Paisley to UDA spokespersons (whose prisoners would actually gain from the Hunger Strike) – were frothing at the mouth and declaring that the British had capitulated to the IRA. What had won these reforms was seven months of hunger strike and a five-year-old Blanket Protest – not a British commitment to liberal prison regimes.

In a statement made in Stormont, Prior announced a number of reforms which produced typical reactions: an overly favourable response from Catholic leaders and nationalist politicians, and automatic exaggeration of the breadth of the concessions and condemnation from unionists.

The prisoners were given smuggled copies of James Prior’s statement but were later supplied with copies by the prison governor. Prior said that the prisoners’ views on work and association were not compatible with the British prison system but that there was “room for development here as elsewhere”. He said that, in future, prisoners would be allowed to wear their own clothes at all times. 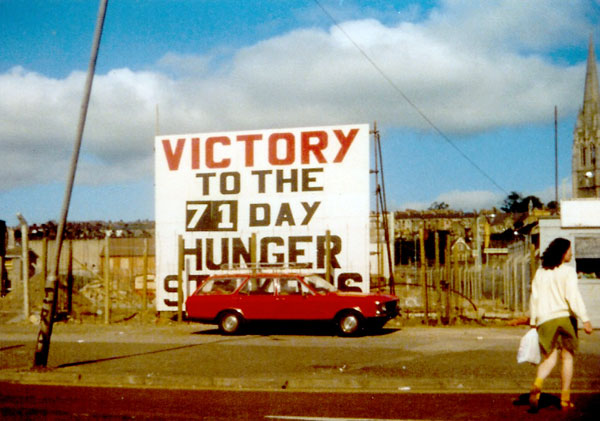 On remission, prisoners were to regain only half of that lost as a result of their protest, a particularly vindictive and vengeful outcome. To even qualify for this remission a prisoner would have to complete a period of three months’ conformity with prison rules; until the hurdle of what constitutes prison work could be overcome, the prisoners could be classified as protesting prisoners if they refused to carry out what they considered degrading or menial work. Prior said “the possibility of widening the scope of work in the prisons can be examined but only within certain well-defined limits. I do therefore want to encourage a system where the very advanced training and educational facilities available may be freely used by all prisoners.”

In order to implement the change, Prior said that no loss of remission would be imposed for the next 28 days as a penalty for breaches of prison rules arising out of the refusal to wear prison clothes.

On association, Prior said there would be expansion to include association in adjacent wings of H-Blocks in recreation rooms and exercise areas over the existing situation where prisoners could mix with one another at meal times, exercise times and in the evening and at weekends. 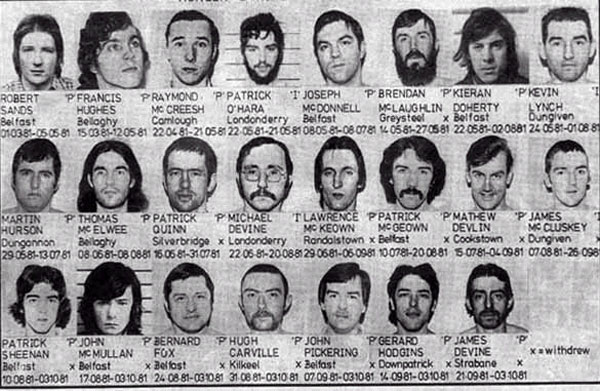 The response from the political prisoners came in a statement that said:

“We, republican political prisoners in H-Blocks 3, 4, 5 and 6, Long Kesh, feel we cannot give an opinion on Mr Prior’s statement yesterday because we do not know what Mr Prior has in mind for this prison. We found his statement ambiguous and we will need clarification before we can form an opinion.”

The statement went on to welcome the introduction of own clothing for all prisoners, calling it “a move in the right direction”. But on the other hand they felt that Prior’s attitude to lost remission was “very vengeful” towards them and their families.

“Fifty per cent return of lost remission is inadequate. It means that in most cases prisoners will have to serve between two and two-and-a-half years extra in jail. In the present circumstances and atmosphere it represents a major problem. We hope that petty vindictiveness and bureaucracy are not going to be the cause of further confrontation in this dispute.” 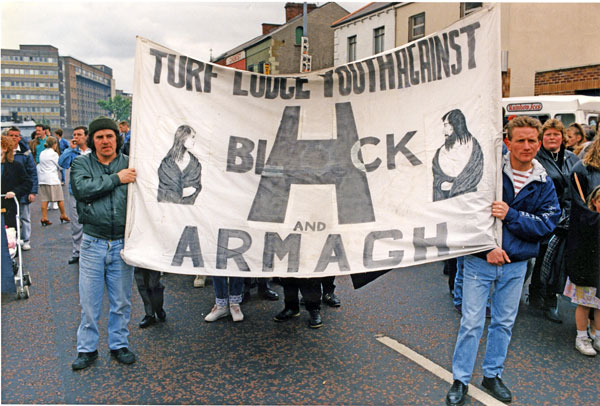 Just how central a political issue the seven-month Hunger Strike was in both Ireland and Britain was shown by the front-page prominence given in most Sunday newspapers to the news of the ending on the Saturday of the Hunger Strike, followed on Monday by a stream of editorials and lengthy feature pieces on the subject.

Their editorials were a tacit acknowledgement that Britain’s victory was entirely illusory. Isolated internationally for its intransigence, its Irish policies in tatters, the Blanket Men unbowed and republicanism strengthened, the British could only give the appearance of victory; real victory had eluded them.

As a result of Britain’s H-Blocks death policy and the bravery of the Hunger Strikers, massive political capital accrued to the IRA and the republican cause, while British rule in Ireland was significantly destabilised.

As Bobby Sands wrote in his prison diary on his first day on Hunger Strike:

“I am dying not just to attempt to end the barbarity of H-Block, or to gain the rightful recognition of a political prisoner, but primarily because what is lost in here is lost for the Republic and those wretched oppressed whom I am deeply proud to know as ‘The Risen People’.” 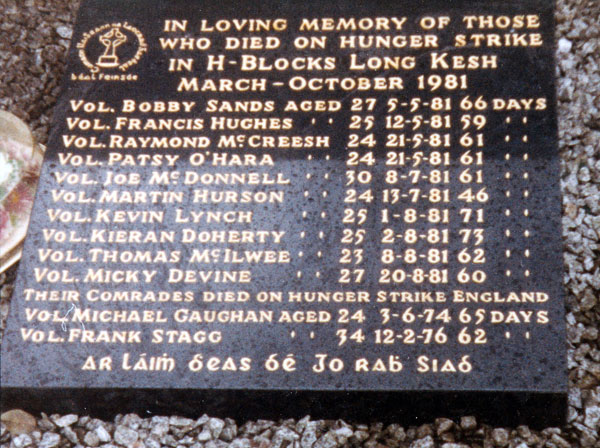