The power of change is in our hands 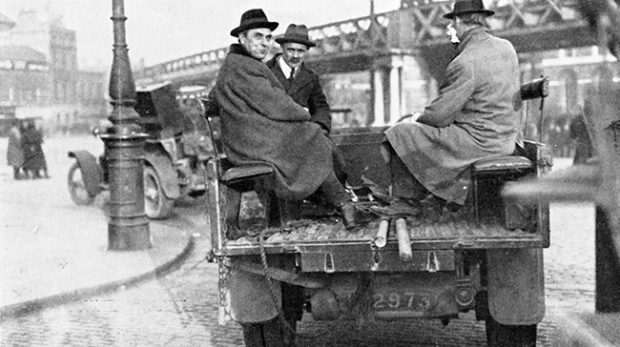 • Trade Union leaders including Thomas Johnson (left facing camera), were among some twenty-five persons arrested in the raid on Libery Hall, 1920

While we are all aware of the words of the 1916 proclamation, very few of us are aware of the Democratic Programme for the first Dáíl in 1919 – written by Thomas Johnson, a member of Mandate Trade Union’s precursor union. Fewer still know the deleted paragraphs:

“It shall be the purpose of the Government to encourage the organisation of people into trade unions and co-operative societies with a view to control and administration of the industries by workers engaged in the industries.

“Finally, the Republic will aim at the elimination of the class in society which lives upon the wealth produced by the workers of the Nation but give no useful service in return, and in the process of accomplishment will bring freedom to all who have hitherto been caught in the toils of economic servitude.”

With the long history of trade union and political solidarity in the struggle for a socialist republic, it seemed only natural to form a Dublin Sinn Féin Trade Union group. Myself, as a Mandate trade union activist, and Daithi Doolan, the Trade Union Officer on the Dublin Cúige, spoke at length on how we could strengthen workers’ rights and encourage more people into the movement. The whole ethos of both the trade union movement and Sinn Féin is that they are grassroots movements for the people by the people.

We reached out to our comrades to see how many other Sinn Féin activists are members within the trade union movement and who would be interested in learning more about the trade unions. Thus, the group was formed. 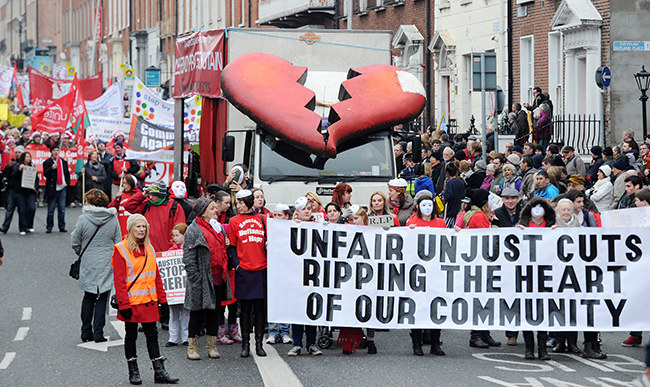 • Sinn Féin has always been fighting for workers’ rights

The decline in trade union membership has been to the detriment of workers’ rights. The decline has not happened by chance. Companies and the government have been systematically chipping away at the Trade Union movement. They hire union busting firms to ensure workers are too scared to join the trade union.

You have to ask yourself why are the CEOs, directors, managers, and HR representatives so concerned if you join a trade union? They know that, by not being in a trade union, they can set employment contracts anyway they see fit, make up unlawful rules, decide to cut hours, pay, defy health and safety laws, without anyone standing up. They know most workers would know very little employment law.

They know that when workers come together and stand together, we have the power to control their terms and conditions. We have the knowledge of employment law, health and safety requirements. We are stronger together. Their aim is to divide and conquer; ours is to stand together!

Sinn Féin has always been fighting for workers’ rights. We are the party who stands up and defends workers. We listen to workers, we know what they need and strive to introduce legislation to protect workers.

The following are just some of the rights we fought for that are a direct result of us listening to workers and their needs. They include the Access Bill, the Provisional Miscellaneous Act and the Banded Hours Contract Bill, collective bargaining rights, amendments to the safety, health and welfare acts, domestic violence leave, right to disconnect, fair redundancy entitlements, legislation for the Duffy Cahill report, and the provision of a living wage.

We, as workers and activists, need to organise and mobilise. We need to demand a fair workers act which would be written by workers with the protection of workers as the main focus.

We need to plan for a United Ireland, a socialist republic, a workers’ republic. Now is the time to organise within our cumann and trade union councils. We can achieve great change by organising, uniting, and mobilising. The power of change is in our hands. Together we stand, divided we fall.

If you would like more information on the Sinn Féin Trade Union group, please email [email protected]éin.ie.