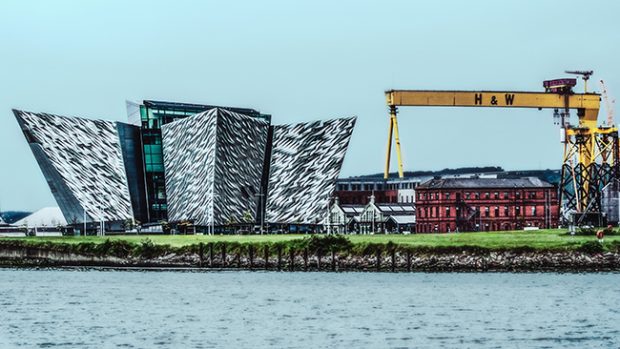 Lockdown has turned me into a walking addict. My dog Ruadh loves it! In the ten years we have had him, he has never had as much exercise. A favourite place of his, and mine, is down by the Titanic Quarter in Belfast in the shadow of the huge cranes of Harland and Wolff. On a good spring or summer evening by the marina, you could be forgiven for thinking you’re somewhere else with the sun glistening of the edges of Belfast Lough.

The area has become extremely popular with walkers, joggers, dog lovers, young people, the not so young and those in between. On a sunny day, you will experience the kaleidoscope of colours and languages, which now make up the myriad of citizens of this wonderful city.

For many, this part of the dock where the shipyard was located once represented the discriminatory nature of the Northern state. The gradual change that has taken place now represents the inclusivity and secularism of our future.

There is a big grass area in front of the Titanic signature building where I worked for a few months in 2003. It was being used as a temporary store by liquidators who were selling off the stock of Irish Fertiliser Industries (Richardson’s) after the company went bankrupt, making me and more than 600 other workers redundant in late 2002.

Being made redundant was a major shock for the workers, many of whom had worked in the factory for over 20 years and those like me who expected to be there for the rest of our working lives. Redundancy brings sudden change which turns your life upside down in a heartbeat. You have no choice but to face facts and adapt.

However, in recent months, it would appear that political unionism has suddenly realised the impact of the gradual change as if it has just occurred with the flick of a switch. It is as if it has suddenly woken up to the changed realities in the North. It has subjected itself to self-inflicted defeats as it struggles to come to terms with the new realities.

Political unionism no longer occupies the position of dominance it once did. The Conservative British Government abandoned unionism once the political capital of DUP votes in Westminster no longer had value. The DUP have suffered repeated loss of votes in the Northern Assembly and now stands to lose its political majority in that institution; Then there are actions such as calling for the resignation of the PSNI Chief Constable and making unreasonable demands from the Public Prosecutions Service. 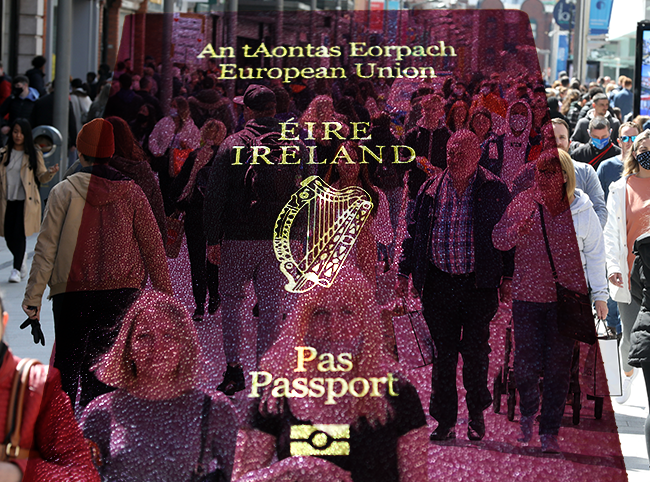 • More and more members of the wider unionist community are looking South and see a society having thrown off the shackles of an oppressive church doctrine, becoming more and more secular

They also point to the inability of political unionism to adapt to change. Of course, this is no surprise. Since the foundation of the Northern state, unionism has resisted every potential change or reform from the moderate demands of the Civil Rights Movement to Acht na Gaeilge. It has been the persistent in trying to hold back the inevitable surge.

Since Brexit however, there has been a developing change in thinking. More and more members of the wider unionist community are questioning the benefits of the Union with Britain and looking increasingly to a future quite different from what they would previously have considered.

They look South and see many of the obstacles to full participation in civic life removed. The spectre of ‘Rome Rule’ no longer exists. They see a society having thrown off the shackles of an oppressive church doctrine, becoming more and more secular.

In contrast, they look to the regressive nature of the British Tory administration which delivered Brexit without any regard for the impact on citizens in the north of Ireland. This development was most recently evidenced in a panel discussion hosted by “Ireland’s Future”.

“A Warm House for All” brought together a cross section representative of the wider unionist community to discuss the future and the potential for constitutional change. I for one was deeply impressed by the openness and maturity of the contributions. The main takeaway from that event for me was a feeling of hope and opportunity.

That is the biggest selling point of the new Ireland we will create. A chance for the people of this island, all of us who cherish this place as our home, to start anew with a blank canvas. What shape that will take is really for us to decide.

We do face hurdles in ensuring that as many citizens as possible, representative of every walk of life and identity in Ireland, come to the table to have their views and vision included. We must stretch ourselves to achieve that.

One thing is certain, the change which has already taken place, so evident in Belfast, is irreversible.

Conor is a Belfast based Sinn Féin activist.