An inhuman assault on innocent people 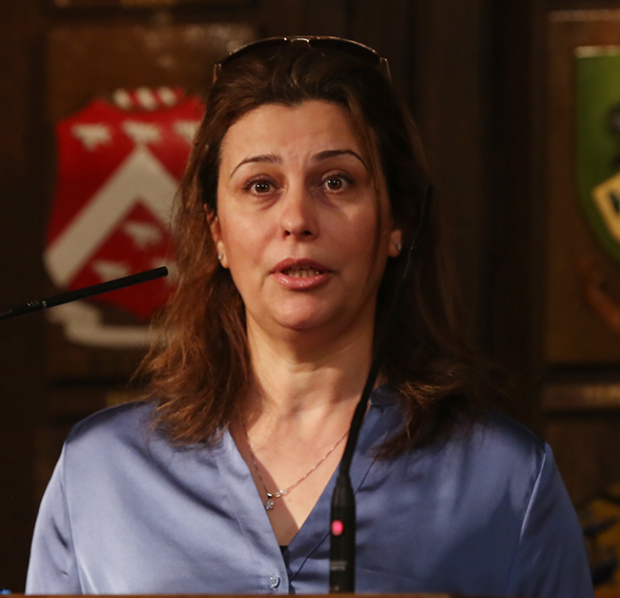 Rawan, Omar, Tala and Tawfeeq Abu Al-Ouf, Deema, Yazan, Ameer, and Meera Al Ifranji were among the 66 children brutally murdered by Israeli occupation forces during the latest assault against Gaza. The children were preparing themselves for the annual Eid celebrations. They were laying out their new clothes, excited to celebrate with their families after Ramadan. That day never came.

The aggression against our people in Gaza, in East Jerusalem, and across the Occupied Palestinian Territories was amplified in the final week of the holy month of Ramadan. This is a time where Muslims come together to break their fast; it is a time of family, of joy and of peace. Over the last few years, Israel has launched several attacks on Gaza during this holy month – in 2014, 2017, 2018, 2019, 2020, and in 2021. The people of Gaza have not known a peaceful Ramadan for a number of years.

This year, the violence towards the Palestinian people expanded to other parts of Palestine, and extended past Ramadan and into Eid al Fitr, which is a time for celebration for Muslims around the world. What was meant to be a joyous, happy few days turned into an inhuman assault on innocent people, costing lives, demolishing homes, and destroying livelihoods. The occupying forces and settlers attacked the Palestinians in East Jerusalem and used excessive force to bring about new realities on the ground. This force intensified during Ramadan and was further heightened in the last 10 days, which are considered the holiest days of this month.

The brutality was triggered when more than 28 families from Sheikh Jarrah and East Jerusalem neighbourhoods received eviction orders from the East Jerusalem court to empty their homes in favour of settlers and settler-funded organisations. From the beginning of Ramadan, the families were harassed and threatened by settlers, who were backed by the Israeli Occupation Forces. Numerous videos circulated on social media of settlers walking into the homes of the Sheikh Jarrah residents, asking them to leave, claiming that they have ownership of this land. To a person residing outside of Palestine, such an act seems strange – how can a person walk into your home and tell you to get out? Despite the fact that UN resolution 2334 (2016) declared that Israeli settlements in the Occupied Palestinian Territories have no legal validity and are a flagrant violation of international law, Israel continues its colonisation of occupied territories. Palestinians are forcibly expelled from their homes across the Occupied Palestinian Territories by illegal settlers.

In 1967, East Jerusalem was occupied and annexed by Israel. In 1980, Israel announced that Jerusalem is the undivided capital of Israel. Sheikh Jarrah, as well as Al Aqsa Mosque, are in East Jerusalem, and are therefore part of the Occupied Palestinian Territories. 28 families were forcibly expelled from their homes in 1948 and found refuge in Sheikh Jarrah. An agreement between the UN and the government of the Hashemite Kingdom of Jordan was drawn up to settle these families in Sheikh Jarrah. The agreement stated that these families would pay rent for three years, and will then own these homes, in return for giving up their UN refugee status. Israel’s decision to expel Sheikh Jarrah and other East Jerusalem neighbourhood residents is therefore in flagrant violation of international law.

Israel did not only focus on harassing and threatening the people of Sheikh Jarrah during Ramadan. Several violent invasions occurred at Al Aqsa Mosque, which is considered the third most holy site for Muslims around the world. The Israeli Occupation Forces fired guns and threw bombs at Muslims who were praying outside the Mosque. These forces threw bombs inside the Mosque and locked the doors while people were inside, injuring hundreds of civilians.

In retaliation to Israel’s brutality, Hamas, the governing party of Gaza, fired rockets into Israel. Many of these were blocked by Israel’s multimillion dollar Iron Dome.

On Tuesday, 11th of May, Israel began viciously bombarding Gaza. Over a period of 11 days, the violence and aggression that ensued against innocent Gazan civilians was horrific. As of Friday, 21st May, 270 innocent civilians were murdered, including 66 children and 38 women, four of whom were pregnant, with just under 2,000 wounded.

More martyrs are still being searched for amongst the rubble. According to UN Office for the Co-oridnation of Humanitarian Affairs, more than 107,000 people were left unsheltered and displaced, many of whom were in 58 UN Relief and Works Agency schools and installations. Over 500 residential buildings were destroyed. A majority of the casualties were entire families – 13 families were taken off official Palestinian records following these assaults.

Medics were attacked while tending to the wounded. Six hospitals and nine primary health care clinics were destroyed. Roads leading to hospitals and other healthcare facilities were bombed. The only COVID-19 testing lab in Gaza was stricken and rendered inoperable. Israeli missiles destroyed the headquarters of the Palestinian Ministry of Health and Gaza’s central laboratory services. 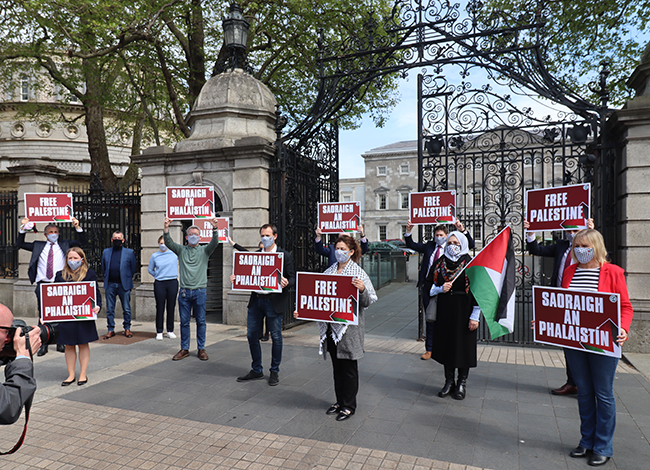 Civilian infrastructure was destroyed – cafes, restaurants, libraries and even cemeteries. A majority of the buildings housing large media offices were flattened. These include Al Jazeera, Associated Press and Middle East Eye. Palestinians were being silenced from the inside out. The savage Israeli onslaught was in grave breach of every possible international law, including the 4th Geneva Convention.

This onslaught coincided with the 15th of May, which marked the 73rd year of the Nakba, when more than 750,000 Palestinians were forcibly expelled from their homes in 1948 by Israeli settler organizations. Palestinians were displaced in different refugee camps, from Gaza and the West Bank, including East Jerusalem, to Lebanon, Syria, Jordan, and many other countries around the world.

The destruction caused by the occupying power was harrowing. The loss and pain that was suffered by the Palestinian people cannot be ignored. What happened in the last month is further evidence that Israel is an apartheid state in blatant violation of international laws, committing war crimes right before the world’s eyes, all in the name of their so-called self-defence.

Despite this, the U.S. attempted to push through an arms sale to the value of $735 million dollars during these vicious incidents. The international community are not holding Israel accountable for its actions. The world’s silence is heartbreaking.

My parents, my aunts and my cousins live in Gaza. The fear I faced in the two weeks was acute – I wouldn’t wish it on my worst enemy. Gaza is an open-air prison; it has been under a crippling and dehumanising blockade by Israel for 14 years. This has only been amplified during the pandemic, where medical facilities were being destroyed amidst the already dire status of the health system in Gaza.

The Israeli military aggression brought a halt to the COVID vaccine campaign in Gaza, where the vaccination rate is only 1.9%. A large number of precious vaccines will soon expire if the vaccination campaign remains suspended due to the Israeli hostility, risking further spread of this deadly virus.

Our cause is political. The international community must hold the occupying power accountable for its apartheid regime. Israel is committing genocide against the Palestinian people. The occupation must end.