Defence of the Realm Act 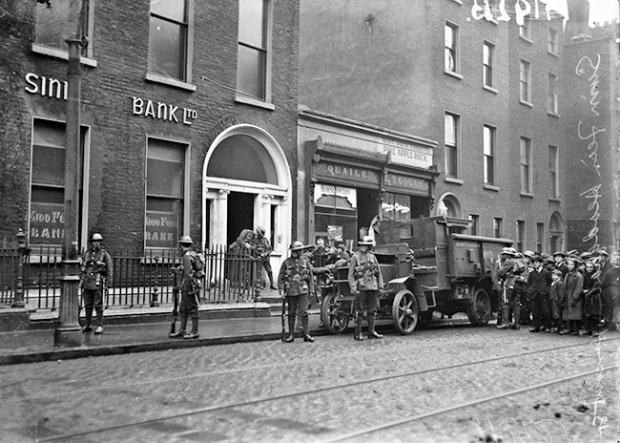 The Defence of the Realm Act (DORA) introduced by the British government in late 1914 gave the Dublin Castle authorities widespread draconian powers for Ireland.

Following the outbreak of the war between England and Germany in early September 1914, the threat of a rising in Ireland with German support increased dramatically. In response the British government. Introduced legislation which applied to Ireland alone. The Defence of the Realm Act, the first in a series of emergency legislation, was passed in the House of Commons in late November 1914 and came into operation immediately. The act and the regulations that were issued under it during the following years allowed the Dublin Castle authorities to arrest and detain republicans, suppress newspapers, ban certain organisations and later deport individuals from Ireland to specific areas in England.

In early December 1914, within days of the passing at DORA, four republican newspapers; 'Sinn Féin', 'Irish Freedom', the 'Irish Volunteer' and 'Éire/Ireland' were suppressed. And in March 1915, the successor to Arthur Griffith’s paper ‘Sinn Féin’, entitled 'Scissors and Paste' (comprising anti-British newspapers cuttings), was also-banned.

In May the Defence of the Realm Act Number 2 was passed for Ireland to cover the supply and sale of liquor. From this time a number of republicans, including the Volunteer and Fianna Éireann organiser Liam Mellows were deported from Ireland to England. He escaped disguised as a priest and returned to Ireland on the eve of the Easter Rising to take command of the Volunteers in Galway. 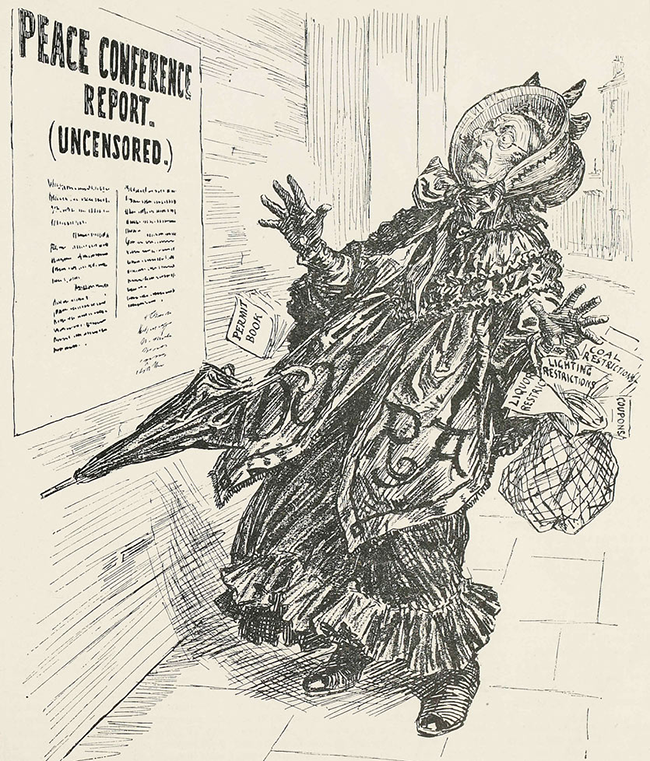 After the rising and throughout 1917 and 1918 DORA was used to arrest, imprison and intern large numbers of republicans. The arrest in April 1918 of a former Irish Brigade member, Joseph Dowling (who landed from a German submarine), under the clause of DORA which allowed for the arrest and internment of “persons of hostile origin”, gave the British the excuse it needed to round up 73 republicans including Griffith and Eamon de Valera for being involved in a so­ called German Plot.

Later in the year, orders under DORA were issued to the British preventing the carrying of arms, proclaiming martial law in 14 counties, banning organisations and prohibiting the holding of public meetings and hurling matches. 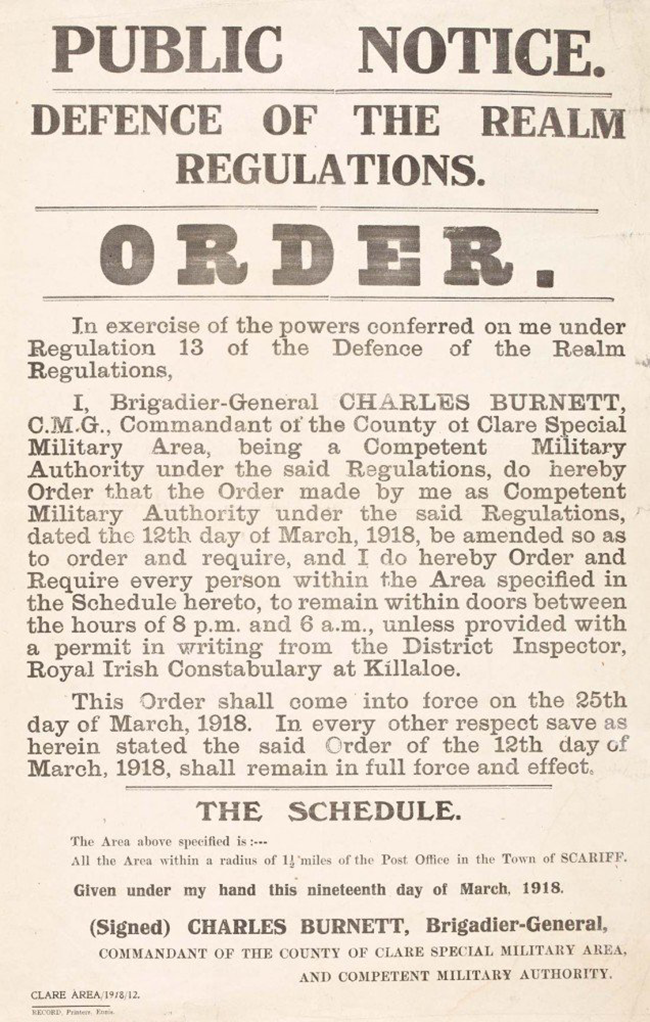 Throughout the Tan War (1919-'21) DORA regulations were extended and extensively used against republicans. Dáil Éireann was declared illegal, all republican papers were suppressed and Sinn Féin, the Irish Republican Army and other republican and nationalist organisations were banned. In addition most counties in Ireland were placed under martial law.

In July 1921, the British, despite all their powers under DORA and the reign of terror by the police, military, auxiliaries and Black and Tans, were forced to negotiate with the IRA. At the end of August, seven weeks after the Truce, The Defence of the Realm Act was suspended.