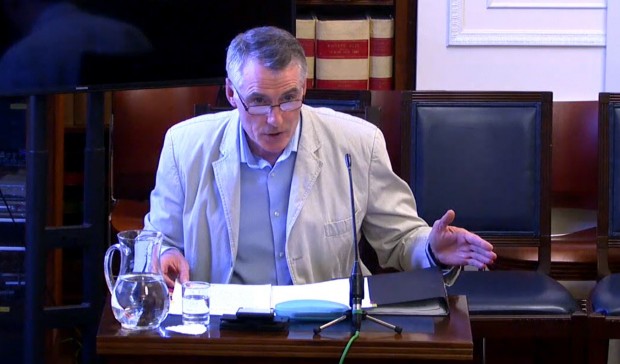 "The priorities of our businesses, farming, and fishing sectors, of our workers and their families, need to be secured. Continued membership for Ireland, both north and south, within the EU offers the best strategic protection to do so. And Irish unity provides the constitutional and democratic way to achieve that outcome" Declan Kearney MLA

The British government Command Paper in July formalised its objective to seek a renegotiation of the Irish Protocol element of the Withdrawal Agreement with the European Union (EU).

Whilst it stopped short of invoking Article 16, that option has not been removed from the table.

This is the latest phase of British brinkmanship. It is deeply corrosive for geopolitical relations and Britain’s reputation.

The Tory government’s approach has never been about adapting pragmatically to the new trading or economic realities caused by Brexit; instead, it’s been driven by the primacy of narrow English nationalist interests.

Recent weeks have seen several important decisions by the European Commission in an effort to overcome the ongoing disagreements. 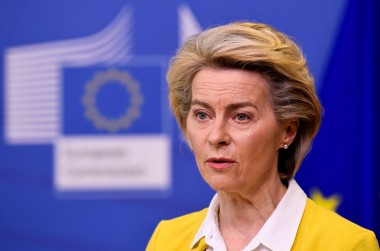 Firstly, it agreed to an earlier British request to extend grace periods on the movement of chilled meats across the Irish Sea until the end of October.

Secondly, it suspended legal action concerning breaches of the Protocol by the British, signalling a preference for agreed ways forward.

Thirdly, significant moves have been offered to change EU law and ensure no disruption of British medicines being supplied to the North of Ireland.

Finally, the European Commission replied to the Command Paper by advising it will be carefully assessed as to whether it can assist smooth implementation of the Protocol.

Together these steps help to create an atmosphere for finding solutions. The Protocol itself provides for a Joint Framework within which present challenges can be pragmatically and proportionately addressed.

A time frame exists between now and late September to constructively resolve real and outstanding difficulties caused to the flow of trade by Brexit on an East/West basis. But political will is required to do so.

So, the immediate focus of this British Government needs to shift towards finding resolutions for genuine concerns of local businesses, rather than disingenuously using these to promote a self-serving, Tory ideological agenda.

The prevarication must end. Local businesses, traders, manufacturers, and farmers need real stability and certainty. Agreement between Britain and the EU on a SPS deal would make an immediate difference.

Sinn Féin will continue to promote the priorities of our local businesses and the island economy. 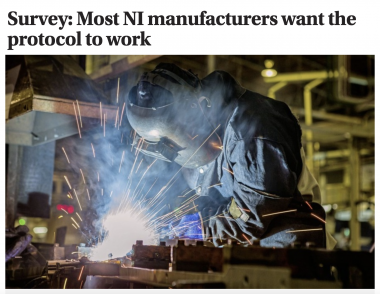 We will continue to ensure that the integrity of the Good Friday Agreement (GFA) remains paramount. It is not only our international peace agreement, but also provides the framework for managing the relationship between the north of Ireland with the EU itself.

The Protocol protects the GFA and confers a special economic status on the north. It provides the north with an opportunity to attract new investment and employment opportunities and allows for a unique dual market trade access to the British and EU markets.

Other opportunities arise in terms of access to the EU labour market. This is itself could become a possible new agreed area of cooperation.

The logic of these new realities commends greater, not less engagement between the EU and the north of Ireland.

More streamlined communication should be developed between our political institutions and civic society, and the European Commission. The onset of the new tranche of EU peace funds - Peace Plus, is one key reason for closer engagement.

The logic of representation for the north in EU institutions by virtue of special arrangements merits careful consideration. Precedents already exist. Such an option would guarantee that the actual needs of businesses, workers and their families in this region are properly understood by the EU, and not made hostage to the Tory inspired partisan, ideological and tactical agenda in Whitehall. 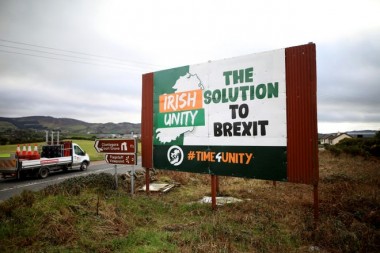 Brexit has fundamentally changed the economic and political landscape between the island of Ireland, Britain and continental Europe.

A Tory dominated Brexit Britain has become an outlier in terms of adherence to international agreements and the norms of international diplomacy and good faith.

The priorities of our businesses, farming, and fishing sectors, of our workers and their families, need to be secured. Continued membership for Ireland, both north and south, within the EU offers the best strategic protection to do so. And Irish unity provides the constitutional and democratic way to achieve that outcome.