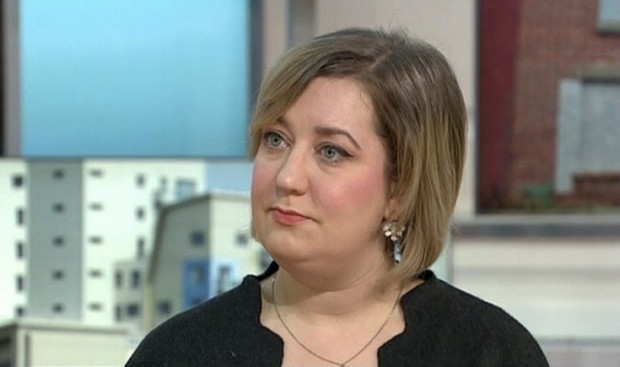 "Dawn was a journalist in the best and truest sense of the word. Unmatched and uncompromising. Exemplifying all that should be celebrated in that profession. She never slipped into cynical or lazy writing. She stayed forever inquisitive, insightful, and razor sharp in her analysis"

I feel ill-equipped to write a tribute to Dawn Foster. For no other reason besides, she was such a great writer herself. I know she would have penned a much better summary of her own life and character. And I would have loved to read it.

I probably first met Dawn sometime during the summer of 2016. She was still at The Guardian, and I had just started out in the Sinn Féin London Office.

Whilst, I was aware of her writing, meeting her immediately impressed on you that she was one of the good guys. Journalism was both her joy and her talent. And she was constantly following-up on some lead or on her way to some interview. Always with a story in hand or some line of inquiry to pick-up.

She would often text with the latest pieces of Westminster gossip. Or she would call directly to tell you something that could neither be printed nor retold. Often joking that she had to tell it aloud to ensure that the special branch men ‘listening in’ were aware that now she knew.

It is no secret that her commitment to telling a story - as she saw it - hindered her career advancement. Ultimately, she would leave The Guardian and work full-time free-lancing.

Whatever else may be said, she was always consistent and true to her principles. And while she somehow made it all look effortless, believe me, it was hard-won and well-earned. Because anyone who ever heard Dawn talk about her start in life, soon knew just how strong she was.

In her all too brief life, she crossed many hurdles and overcame many obstacles. Too many really for one person. However, in doing so, she forged a path that others might follow.

I can but hope that someone collects all the incomplete notes and assembled story-leads that she leaves behind. I know, she was still working on stories and the latest angles right up to the end.

She was a journalist in the best and truest sense of the word. Unmatched and uncompromising. Exemplifying all that should be celebrated in that profession. She never slipped into cynical or lazy writing. She stayed forever inquisitive, insightful, and razor sharp in her analysis.

Although she deliberately stayed outside of the cosy Westminster-bubble of political correspondents, nowhere was off-limits for her. Most infamously perhaps, not even the DUP’s Champagne Reception at the Tory Party Conference!

But by residing on the outside, she provided an important voice and platform for many who often go unheard and unseen.

As Carál Ní Chuilín recalled yesterday, she was one of the few English-based journalists who covered the housing crisis in North Belfast and reported on the DUP’s blockage of housing plans for people from the Nationalist and Republican community.

She was often a clarion of reason and conscience. Cutting through the chorus of blather that makes up the commentary circuit.

She did not hesitate to call-out fellow journalists who failed in their duty to speak truth to power. She hated formality and revelled in irreverence. She had many falling-outs. Much of this was often to her own cost. But always to her own credit.

Dawn was a dependable friend of Ireland. She believed passionately in Irish reunification. She addressed and attended many of our Sinn Féin Public Meetings in Westminster.

Yesterday I laughed, remembering her disappointment, at the end of 2018, when we had to postpone our social reception due to a mounting Brexit ‘precipice’. She took to twitter to lament: “Cancellation of Sinn Féin Xmas party up there with the worst crimes of Brexit.”

She hated being introduced as an ‘English journalist.’ And even though she was Welsh, we claimed her. Her roots lay in Ireland. And whatever else, she was a Celt. Never ‘a Brit.’

She was one of the few working-journalists in Britain who intimately understood Ireland. Especially at a time when many routinely embarrassed themselves by revealing their total lack of understanding.

From a selfish perspective, the prospect of ‘giving’ Dawn a story was always all the more agreeable because of the confidence that she would immediately get the issues at play. She ‘got’ Ireland.

I am blessed with having had many good times with Dawn. Too many to share. Plenty that I now wish I could return to. And all of which, I know, she could retell better than me.

I remember her accidentally triggering a silent emergency alarm, during a talk we had organised in Westminster marking 20 years since the Good Friday Agreement, because she thought it was a USB port! She loved the fact that she had, admittedly inadvertently, turned a Sinn Féin meeting in Westminster into a security incident.

I remember British Labour Party Conferences. And far-flung meetings in Motherwell, Scotland. And many more besides.

I remember leaving afterwork drinks with my face sore from laughing with her. Her humour was infectious. Her stories; unparalleled. And while I still feel an aching sadness at her going, I hold firmly onto the laughter and the smiles we had. Since yesterday, I’ve been trying desperately to remember all of the funny stories that she used to tell.

Looking back over acres of text messages, WhatsApp chats, and emails between us, I rediscovered some words of wisdom she once proffered. “If you can’t swim without starting a row, stay indoors.” And, whilst I have never fully gauged the context (despite my asking for her to elaborate on it), I will try to carry these words with me. Because a word of advice from Dawn was always of high value.

At the end of June, she featured on the second ever episode of the new An Phoblacht podcast. This morning, before sitting down to write this, I re-listened to it. And, while I did cry listening to my lost friend, it was brilliant to just listen in on an hour-long conversation that superbly captures just what a talent she was. And just what a loss she is.

It provides just a glimpse of what it felt like to sit in her company. It is a treasure and a gift that it was recorded before we lost her.

Dawn’s religious faith was far stronger than mine and I can remember discussing this with her on occasion. I can remember telling her that, despite being an unbeliever, I envied her faith. Especially as it provided her with certainty, where I more often had doubts.

Her Catholicism was a big part of who she was, and she wasn’t shy to speak about it. Or even, if challenged, to defend it. Meanwhile my own Catholicism has almost entirely withered away. I am not a believer like she was.

However, in this current moment, I hope that she was right and that I am wrong. I know she would have liked that. She used to love being right all the time.

If you would like to send a tribute to Dawn, people are being directed to email: [email protected]

In lieu of flowers, please consider donating to one of charities and causes Dawn championed, for instance: https://www.dogstrust.org.uk/help-advice/hope-project-freedom-project/freedom-project