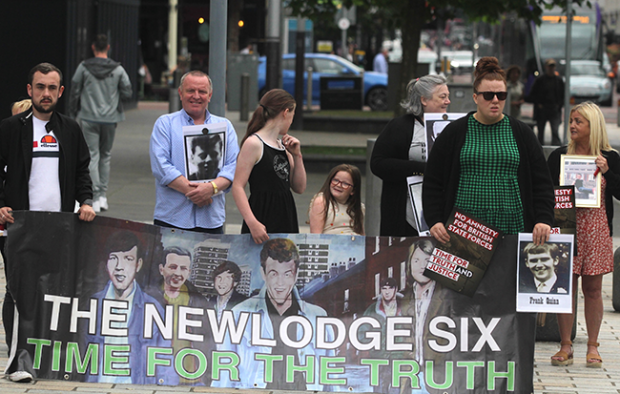 The British government’s planned amnesty legislation for British army veterans of the Northern conflict to be brought before the British Parliament next month is being met with opposition across all shades of nationalism in the North as well as human rights NGOs and the families of people killed by state actors in the North.

And nationalist anger was further fuelled with the news that charges against two British soldiers F indicted over killing William McKinney and Jim Wray in Derry on Bloody Sunday and Soldier B  who was accused of shooting 15 year old Daniel Hegarty in the head and leaving him to die without  medical assistance.

Reacting to the news hundreds of people, including the families of people killed in the Ballymurphy and New Lodge Massacres, Bloody Sunday in Derry and others, held demonstrations to highlight this latest episode in injustice as Britain continues to whitewash the crimes of its armed forces in the North.

As the Time for Truth campaigners took to the streets on Saturday 26 June to protest against the proposed legislation, outlined by British Queen Elizabeth in her speech in Westminster in May, it emerged that British secretary of State Brandon Lewis and Simon Coveney are pushing for a “new process” to reach out to families of victims, political parties and others to talk about the way forward.

Speaking after Thursday’s British-Irish Intergovernmental Conference Lewis and 26-County Foreign Affairs Minister Simon Coveney “agreed there was a need for a process of intensive engagement in the period immediately ahead with the Northern Ireland parties and others on legacy issues.

Coveney said, “It was agreed that this would need to build on previous discussions around the implementation of the Stormont House Agreement and to take account of the views of all participants including new proposals which the UK Government intended to bring forward.

“They agreed that the interests and perspectives of victims and survivors, and all those most directly affected by the Troubles, had to be central to the discussions”. 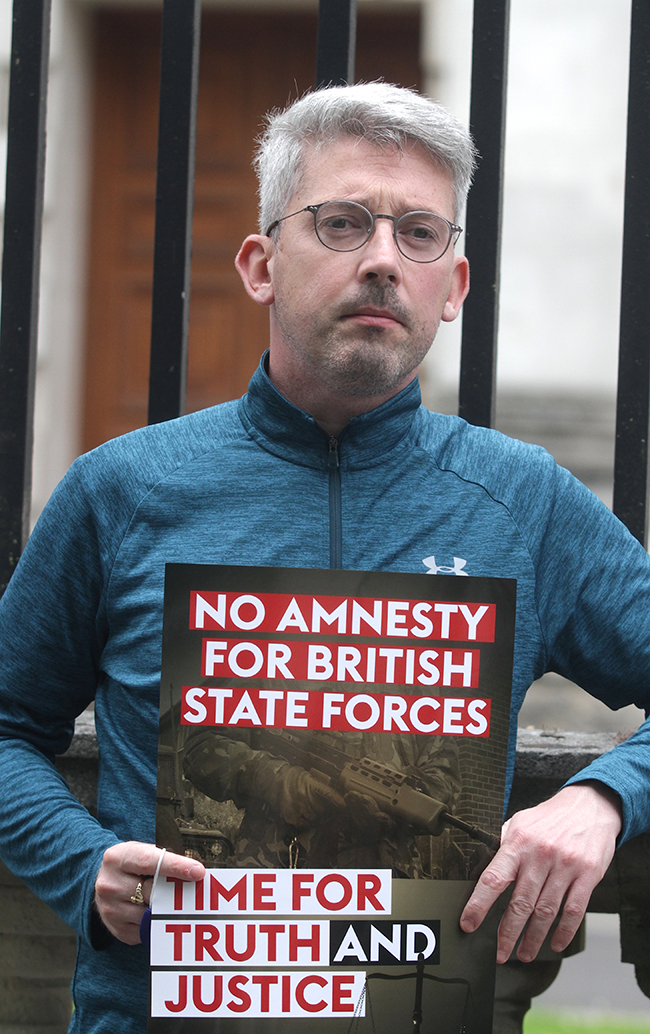 Meanwhile the Time for Truth Campaign organised a series of protests across the North, on Saturday 24 June, against the British Government’s proposed Legacy Bill and to highlight the cost on the nationalist community of British state violence over the years of the conflict.

The protests coincided with British armed forces day, a jingoistic celebration of Britain’s military, and took place at many venues across the North.

According to Ciarán MacAirt Spokesperson for the Time for Truth Campaign, “Irish people in the Six Counties will remember 50 years of human rights abuses at the hands of these Armed Forces in our homes, our streets and laneways, our places of work and play, and in their British prisons and interrogation centres. These human rights abuses range from harassment and torture to the wounding and murder of Irish citizens”.

“Instead, our focus is on shining a light on British Government strategy in Ireland, a strategy which breached the human rights of citizens on a daily basis, culminating in civilian massacres in Ballymurphy, Derry, Springhill, New Lodge and many, many more”.