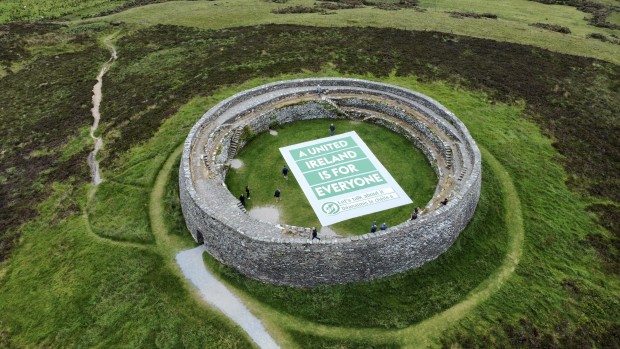 "So this is a time for big thinking; for bridge builders and change makers, for innovators and nation builders, to step forward" - Declan Kearney

Barney Rowan has written many interesting books about our peace and political processes.

He criticises and challenges. He has his own mind. His latest book 'Political Purgatory' again offers food for thought.

In its closing lines he observes that everything is changing, pointing towards 'the next big conversation of 'Union' versus 'Unity'.

He comments that the 'New Ireland' cannot, should not, be the 'Old Ireland'. We agree on that. 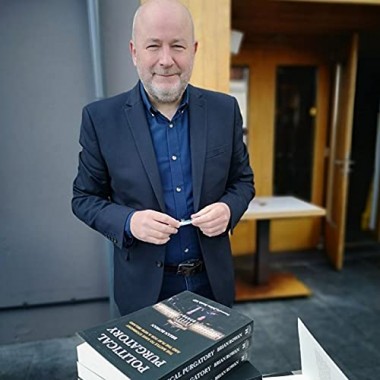 That next big conversation is already with us. It is happening throughout Ireland, and is gaining traction internationally.

The fifth anniversary of the British referendum on withdrawal from the European Union (EU) has just passed.

The imposition of Brexit on majorities in the north of Ireland and Scotland, who voted to remain within the EU has had profound political, economic and social consequences.

Brexit has detonated a constitutional earthquake at the heart of what has been known as the 'United  Kingdom'.

In more recent times the challenge of dealing with Covid-19 has had a major political influence on political perceptions and relations.

So too, has the English Tory government's drive to centralise political and economic power in Whitehall, and by extension reduce the autonomy of the northern Assembly, Scottish parliament and Welsh Senedd.

In turn, support for Scottish independence has been re-energised.

Few disagree that the political landscape in Ireland has been impacted in an unprecedented way by Brexit during the last five years.

In the centenary year of the northern state's formation, Brexit has made a parody of partition.

As a result a new exciting conversation has begun about constitutional change and Irish unity. And it is growing in momentum. 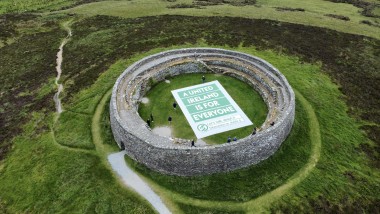 Many factors are in the mix, such as, the timing of the referendums; the role a citizens' assembly might play; transitional modalities and new constitutional frameworks; citizens' rights; compromises and new accommodations; and, ultimately what a new, constitutional national democracy in Ireland could look like.

Whilst it's premature to raise some of these topics in advance of constitutional negotiations which would follow successful referendums for Irish unity, they do inform the wider debate.

In the meantime however, those of us who espouse Irish unity need to explain the overall economic and fiscal benefits accruing from reunification and how we can guarantee an Irish national health service free at the point of delivery.

We have to provide a persuasive vision of a new pluralist, multicultural, rights based society, which will put reconciliation at the heart of its civic and political institutions.

The approach to Brexit is a clear demonstration of how not to have a referendum debate.

Of course, Brexit was just a proxy for an ideological civil war within narrow English nationalism. It was nothing to do with championing a progressive, change agenda.

Now the traditional form of the British state has been destabilised and looks increasingly uncertain.

The Tories' pursuit of narrow English sovereignty is toxic, and has poisoned intergovernmental relations between Whitehall, Holyrood, and Cardiff.

Relations between London and Ireland, and the wider EU have been permanently altered.

The inward-looking Brexit Britain brand is an outlier within an international relations context defined by multilateralism. That was plain to see at the recent G7 Summit. 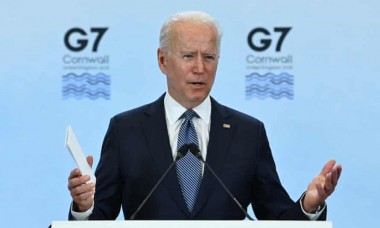 Brexit and its consequences for the north of Ireland, most notably with the permanence of the Protocol, has left political unionism in disarray.

The DUP and others called it catastrophically wrong.

They entrusted their political fortunes to the Tories and have now been turned over. The leaders of political unionism have been gamed and played by the Tory party, and not for the first time.

Now the DUP has brought its disarray and chaos into the power sharing institutions and political process.

A project fear narrative has been whipped up by unionist political leaders which seeks to conflate identity politics with new trading realities - that were in an inevitable outworking of the hard Brexit, which the Tory government negotiated and the DUP supported.

The Protocol has been weaponised to mask the DUP's failure of leadership and strategy.

In recent weeks two successive DUP leaders have fallen victim to the party’s turmoil. Last week Jeffrey Donaldson was selected as the new leader. Time will tell whether he will be 'old wine in new bottles' or a real partner for genuine power sharing in the north.

The leadership of political unionism has been completely dishonest with its own base about the Protocol. Not for the first time have unionist workers and their families been badly led and served by the unionist political elites. 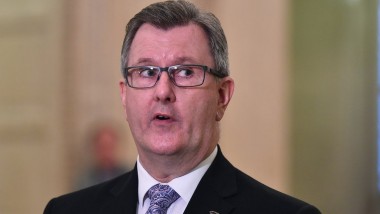 So the apprehensions which exist should be logically and sympathetically addressed.

The shelves in our shops are not empty. The costs of our weekly shopping baskets have not increased. Real efforts are being made to smooth out difficulties with the operation of the Protocol. There is no threat to availability of cancer or other drugs, or medical supplies.

Instead the north's regional economy is poised to benefit from a unique access to dual market access, with potential new foreign investment and new jobs, and a commitment from the EU to organise a joint investment conference to promote the north's special economic status. All of this mitigates against the negative impact of Brexit on the all-island economy, on jobs and on trade with the EU.

The Protocol has nothing to do with constitutional issues. The GFA provisions will resolve those matters.

But that doesn't mean change is not happening. The dynamics of constitutional change are in plain sight. These need to be discussed and managed.

That's why so many within civic unionism are already pragmatically engaged with the debate. The effect of Brexit has begun to reorient and realign their economic, social and political priorities.

Unionism is not a monolith.

It contains thinkers who can anticipate change. Those who are strategically far seeing enough to recognise that it's better to prepare for ultimate negotiations, rather than wait until it is too late. Those who read the runes.

In South Africa, once it became clear that political change was unavoidable, sections of the business community and strategists within the National Party government had the foresight to start preparing the ground for the constitutional, national and democratic change which emerged.

They strategically positioned themselves to negotiate from a position of relative strength, in anticipation of the tipping points which were already taking shape. They made the right call.

As a result the National Party brought most of its constituency with it. Only 30% opposed the democratic transition. Interestingly it is estimated that up to 30% of the white population in present day South Africa continue to resent the new non-racial, inclusive, democratic Republic.

In the final section of his book Barney Rowan quotes Winston Irvine at length.

Irvine is a prominent Belfast loyalist.

Although the section of unionism with which he has associations only has a small electoral mandate and political influence today, unionist paramilitaries and their political representatives made an essential contribution to the development of the peace and political processes in the 1990'.

Irvine draws on that historical experience to write:

"Given the scale and pace of the dynamic changes occurring internally and externally within the context of the United Kingdom, particularly those which concern Northern Ireland - namely a border poll, increased support for a united Ireland, demographic shifts and trends  unionism and loyalism in all their various shades need to build the context and capacity in which a serious dialogue between them and others can occur."

A unionist paramilitary world continues to exist in the north. It is splintered and divided, with many having morphed into organised crime and narco gangs.

But others continue to provide positive leadership within their spheres of influence; genuinely committed to democratic politics and managing the challenges still facing the peace process.

Irvine poses a direct challenge to unionism and his specific brand of loyalism, arguing that they need to stop looking for scapegoats, bogeymen and traitors, and start nurturing thinkers, allies and next generation leaders. 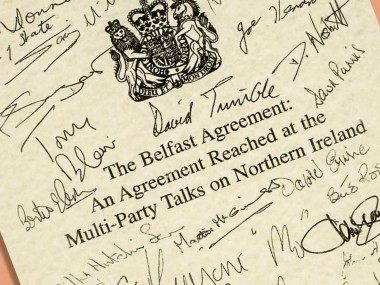 Those from his political tradition invested heavily in making changes in 1994 and 1998 which paved the way for the GFA. Now they have an equally important role in helping to shape the political and constitutional changes of the future.

Everyone must be involved in the dialogue about a new, agreed Ireland; republicans, unionists, nationalists, loyalists, and those from none of these traditions, but who call this place home. Every stripe of political and civic society should have its voice heard.

A dedicated citizens' assembly on constitutional change would create both a forum and foundation to anchor this process of change in Ireland.

Our approach to the process of constitutional change should begin with a blank sheet.

There should be no zero sum approach creating winners and losers.

It needs to be about inclusion not marginalisation. A genuine process of nation building.

We will all have to engage with generosity, imagination, and a willingness to think about what it's like to walk in each other's shoes.

To look forward not backwards. To commit to developing a shared future within which every minority, colour, culture, tradition, identity, class, community or citizen can claim their place. To recast Ireland's future in the image of a rainbow reflecting our diversity. 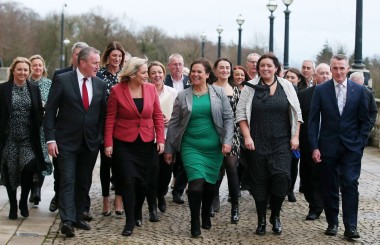 A daunting prospect, perhaps: Challenging, yes. But then it always seems impossible until it's done.

So this is a time for big thinking; for bridge builders and change makers, for innovators and nation builders, to step forward.

For our part, republicans will be sincere and generous partners in helping to pioneer a path towards constitutional change and new Ireland, with all sections of Irish society, and especially our unionist neighbours.