OPINION: Cork is very much part of the conversation on Irish Unity

In the spirit of Terence MacSwiney and Tomás Mac Curtain, the Rebel County is very much a part of the conversation on Irish Unity.

On Thursday night Cork Docklands' R&H Hall was lit up and the message was clear that it is time for unity.

Preparations and discussions about what a United Ireland should look like must include all communities as equals, the length and breadth of the island. 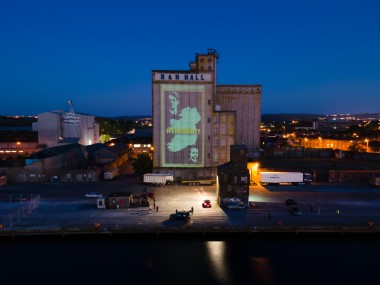 Thursday’s projection was the start of a wider summer campaign to discuss and prepare for Irish unity.

This is an unprecedented opportunity for all the people of Ireland, particularly for the generation of young people who have been so badly impacted by the Covid-19 pandemic.

I welcome Fine Gael and the Tánaiste joining the debate this week as to how we can plan for Irish Unity.

Uniting this island in my lifetime is something I have always believed possible and it is encouraging that Leo Varadkar now claims to share this view.

I hope now that he and others within government will stay true to those words and work constructively with us in Sinn Féin and others to help realise that dream.

Sinn Féin is proud to have been at the very centre of a peace process for three decades for the betterment of all and that has strived to heal the division and hurt of past generations.

We now need to work with others, including our partners in the European Union to deliver on the potential of reunification for all communities.

The government should look to the support which the European Union provided to Germany at the time of its reunification as an example of the role which it can play in the process of Irish reunification.

We have entered a defining period in the history of this island and we are very clear that a United Ireland is not about grafting the North onto the South.

Mary Lou McDonald has shown true leadership and has consistently said that a United Ireland is about creating new political structures built on diversity – an equal society not just between orange and green, but between urban and rural, old and young, men and women, LGBT and straight, old and new Irish, black and white.

The conversation on Irish Unity is happening in households, in workplaces, between friends across communities North and South.

The Irish Government has an obligation to plan for Irish Unity.

It has a duty and an obligation to put in place the structures that will allow people to debate and discuss it in a way that is inclusive of all views and ideas.

Failure to plan for change is unsettling and daunting, especially for those who are unconvinced by the case for unity.

This includes those from a Unionist background and those whose identity is British. We owe it to them and to all our people to start this process and this engagement.

Brexit, the pandemic, demographic shifts and political realities, the prospect of Scottish Independence have all highlighted the need for new constitutional arrangements better suited to the realities of Ireland today.

Let’s get the conversation started.

Let’s proactively plan for a better Ireland that unites all communities.

It is time for unity.

Thomas Gould is the Sinn Féin TD for Cork North Central and Party Spokesperson on Addiction and Recovery.