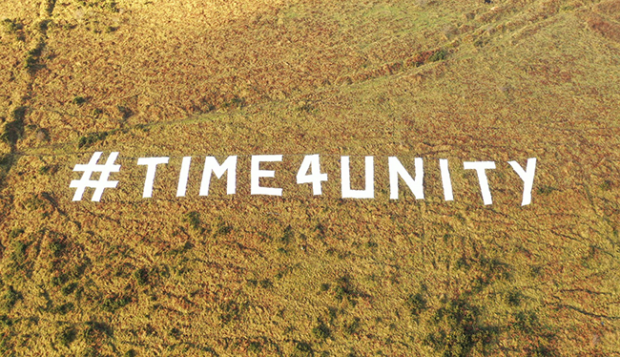 As the reality of Brexit imposes a range of changes to the economic and political relationships between Ireland, Britain and the EU, along with the ongoing disputes and negotiations over the Irish Protocol Article 16 in the EU, Sinn Féin MEP Chris MacManus outlines the critical role the EU and its institutions will play in the steps leading to an Irish Unity referendum.

British and Irish governments have done a good job over the years in convincing people that the ‘Irish issue’ was resolved. Since the Good Friday Agreement, the diplomatic services of both countries have put about the idea that there was no need for the international community to bother itself with any ongoing problems about Partition or the denial of democratic rights of people living in that part of Ireland governed by Britain.

Honestly, neither government has ever fully committed to implementing the Agreement. They pay only lip service to the North-South and East-West provisions and virtually ignoring the rights-based provisions and the recommendations of the Human Rights Commission.

Rather than making the Agreement a living, breathing process, they bypassed parties in the North to do things between London and Dublin where convenient. The Single Electricity Market was a case in point. Rather than embedding it in the North-South institutions as a new ‘agreed area of cooperation’, as provided for in the GFA, they made a bilateral London-Dublin agreement.

They hoped that the parties in the North would be content with an Assembly limited in its powers and ignored the rest of the GFA and subsequent agreements. The British government have to be dragged kicking and screaming to fulfil their commitments.

The failings of the British government and the unwillingness of political Unionism to genuinely work on the basis of equality meant that the ‘Irish issue’ re-emerged from time to time, but governments and media around the world usually only paid attention when the Executive ceased to function, swallowing the view that the British and Irish governments were honest brokers, doing their best to talk sense into the ‘difficult’ parties who shared power.

The EU were fully supportive of the GFA without understanding the political dynamic. They largely saw it as a point in time, a good news story with a power-sharing Executive. They didn’t see a living, breathing peace and political process.

That the pro-Brexit elements of the British establishment couldn’t foresee the problems caused by Brexit was heavily aided by successive Dublin governments, who had been compliant in allowing Unionism and British governments to hollow out the Agreement.

Indeed, the first priority of the Dublin government was to have as close an agreement as possible with Britain and safeguard the Common Travel Area, showing zero understanding of the Good Friday Agreement or the difficulties caused by Brexit.

Even before the referendum, Sinn Féin had already identified the democratic challenge presented by Brexit; a change of constitutional status without consent and the damage done by placing an external border of the EU on the island of Ireland. Brexit had the potential to undermine the Good Friday Agreement, a critical reason why the DUP supported it so much. 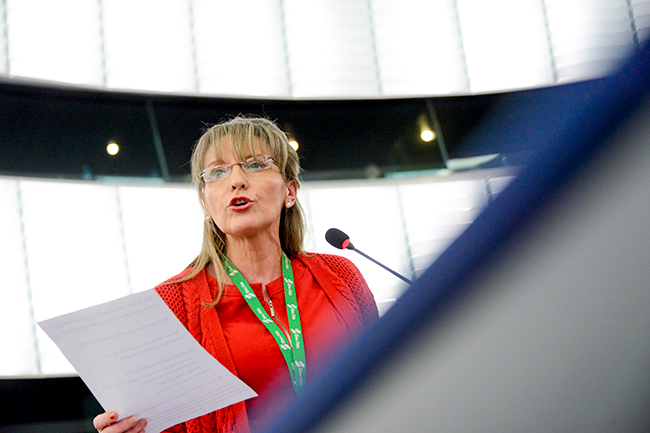 Post referendum, it was left to Sinn Féin to do the heavy lifting in the EU. Its MEP team, led by Martina Anderson - and backed up by solid legal advice - explained the Good Friday Agreement to hundreds of MEPs and officials.

It was Sinn Féin, with the full support of The Left in the European Parliament (GUE/NGL), that ensured the border in Ireland would become a central issue for the EU. The European Parliament (EP) was the first to say that the Good Friday Agreement should be upheld “in all its parts” (including a unity referendum) and the first to identify that the North needed to remain in the Single Market and Customs Union.

The EP asserted that the Withdrawal Agreement needed to safeguard the “agreed areas of cooperation”, with the assumption that other areas of cooperation would develop, and to ensure the centrality of the rights provisions, including the right of people born in the North to be Irish, British or both. And the EP also explicitly recognised that it was for the people of Ireland, North and South, to decide upon their own constitutional future.

In the immediate aftermath, only Sinn Féin had a sufficient understanding of the GFA and EU Treaties, which led to the proposal for “special status” for the North. As the Article 50 Task Force, led by Michel Barnier, got into their stride, they also began to understand that the EU commitment to the GFA would be a serious challenge in the negotiations, something the Dublin government initially neglected to mention. And it appears that it was largely due to questioning from the Article 50 Task Force, and prompting from Sinn Féin, that the Dublin government dug out their old copies of the GFA and started to read them.

The reality slowly dawned that the North was not just a ‘region’ of Britain with a background of conflict. As MEPs from across Europe with different political backgrounds realised that protecting the GFA obviously meant some sort of membership of the Single Market and Customs Union - and much more - a regular question was “Why doesn’t Ireland just reunite?”.

If Brexit changed the way that EU member states saw Britain, their government’s conduct led to serious doubts as to whether they could be trusted on anything. A disregard for the Peace Process in Ireland led many to seriously question whether Britain could be trusted to ensure Ireland’s best interests.

Many EU member states have their own history of colonialism, having witnessed invasion, occupation, and suppression of national minorities. Many European borders have either caused conflict or were created through conflict. These member states work together on many important decisions faced by the EU. Therefore, they often turn a blind eye to issues of nationality and nationhood that have not yet been resolved. They shouldn’t, but they do.

However, outside the EU things are different. The British government can expect a more critical eye cast over its behaviour. It can expect a more robust engagement from the EU and a swifter criticism of its human rights violations. Above all, it can expect that any abuse of the Good Friday Agreement will be rigorously scrutinised than had been pre-Brexit. 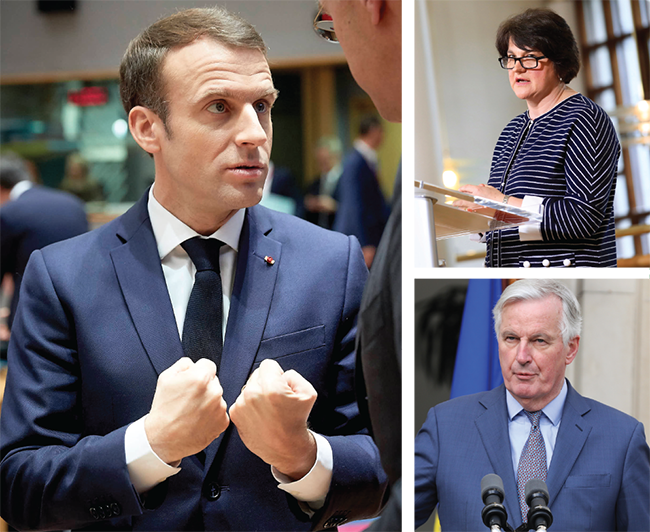 The EU won’t suddenly take up the flag of the Republic, but Brexit has put Irish Unity firmly on their radar. If it wasn’t for Brexit, would President Macron have said in August 2019 that “Irish reunification would solve the problems, but it is not up to France.”

The Irish Protocol was a significant EU effort. In the interests of the Peace Process, it strived to find a way to make Brexit and the Good Friday Agreement compatible. It has stretched EU Treaties and has accepted a certain risk to the integrity of its single market.

The DUP will attempt to persuade the British government to abandon the Irish Protocol, or try to vote it down in the Assembly in four years’ time. However, this will only ensure a more forceful re-echo of - “why doesn’t Ireland just unite?” That could be a reasonable timescale for the holding of a referendum.

For all that Irish Unity is a neater solution to Brexit than the Irish Protocol, the EU will not act within a vacuum. The attitude of the Dublin government, Six-County election results, alongside other visible manifestations of the support for Irish Unity, will all be factors. Above all, the EU understands that an exercise of self-determination is an issue for the people of Ireland - North and South. It would likely put political and diplomatic pressure on any London government not to obstruct that exercise in self-determination.

The EU prides itself on planning. It was better prepared for Brexit than Britain. It will have contingency plans for a range of eventualities. It would be unwise for us to think that no planning has taken place on the eventuality of Irish unity and the reintegration of the six counties back into the EU. Be sure, the conversation is taking place in Brussels in a way it has never done before.

As a referendum nears, the EU’s next steps will be a more open and democratic discussion on preparing for Irish reunification. A Special Committee of the European Parliament? A Working Party of the Council of Ministers? A Commission Task Force? Whatever the details, the coming years require increased planning and preparation for the eventual re-integration of the Six-Counties in a newly United Ireland within the EU. ♦