The Settled Will of the Scottish People 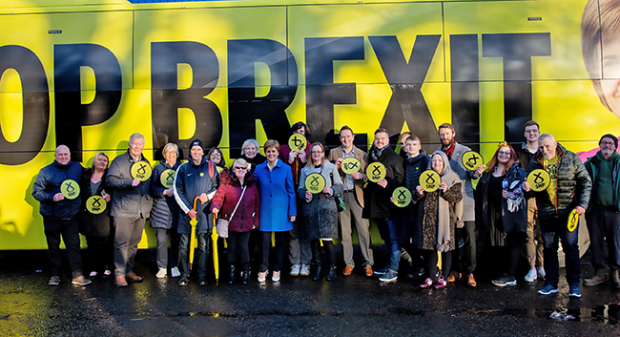 With parliamentary elections due in May, former SNP National Secretary Angus MacLeod gives a view of all things Scottish from independence to Brexit and a future on “Boris Island”

It was a mantra of the slogan-heavy 1999-2007 era that the “Settled Will of the Scottish People” was devolution and that this had now been fulfilled. The phrase had first been uttered by the Labour leader John Smith in a prophetic conference speech in 1994. Then, in 1999, Scotland reached its promised land. Regardless of the choices of the voters of England, Scottish voters could have their say on the majority of issues they were permitted to be interested in; healthcare, education, and the emptying of the bins.

We were even afforded a toy spanner from the economic toolbox; the ability to shift income tax by 3p in each direction. The fact this had to be done uniformly across all tax brackets meant it was never used. We were told by the First Minister Jack McConnell that we could be the “Best Small Country in the World” in one of those consultant-crafted slogans that said more about those promoting it than the country it was describing.

However, just as Labour told us “We have abolished boom and bust” whilst flogging the family pensions, the Settled Will of the Scottish People has never been a matter to be determined by politicians. And, unfortunately for Labour and their Unionist brethren, the “settled will” appears to have changed.

Since June 2020, there has been clear daylight in the polls in favour of independence; for the six months prior to that, they were more or less in the margin of error. Now, the “settled will” is invariably accompanied by a question mark in the Scottish commentariat.

Now is the first time since polling began that there has been a sustained majority for independence over a period of months. Over 20 consecutive polls have shown support for independence, most conducted by the larger polling companies such as YouGov, Panelbase, Ipsos Mori, and Comres.

Does Scottish Unionism have the capacity or creativity to respond to this crisis? Time will tell, but the portents so far are not positive.

In reality, Scottish Unionism is staggering from one shambles to another. Like bringing a coked-up city trader to a family funeral, Scottish Unionists cannot escape the fact that their Westminster leaders are clueless and politically tone-deaf when it comes to Scotland. 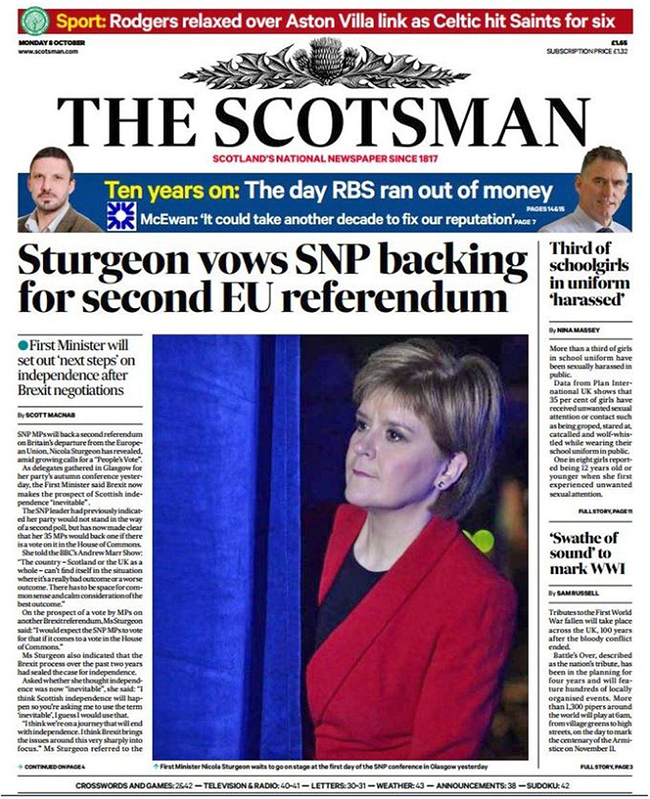 The uncomfortable truth for Scottish Unionists is that a Westminster Tory can spend their entire career not caring about anything north of the City’s square mile and live quite comfortably. A Glasgow Tory councillor recently resigned upon the startling revelation that his nominal colleagues in Westminster had absolutely no interest in supporting his local gym businesses. This naivety encapsulates the problems facing the Unionists here and elsewhere. For all they consider themselves to be British patriots, the heart of the British state seldom considers them at all.

Given that an appeal to good governance is out the window, the Tories have doubled-down on a Unionist base level of support. Whilst this allowed them to leapfrog Labour in 2016, it presents a problem if they are ever to challenge to be the largest party. There are unionist ex-Labour voters who will never vote Tory, who can still recite the litany of communities decimated by Thatcherite industrial policy; Gartcosh, Ravenscraig, Monktonhall, Linwood, Methil, and on it goes. The Tories will not penetrate the distain that these people have for them and all they stand for. Even on a bad day for Labour, of which there are many, the Tories will unlikely hit 27.5% of the vote, or half the Unionist vote of 2014 come May’s Holyrood election.

The Tories have therefore followed the GOP and Trump playbook of using identity politics to motivate their base, launching bizarre attacks on politicians, such as Ruth Davidson bringing up Jeremy Corbyn’s views on the IRA in the 1980s shortly before the 2017 general election.

When Glasgow City Council listened to local residents and refused to hand over their land for a fanzone for one particular football club, the Conservative group stirred this up to such a degree that the SNP administration required police protection. We have two MSPs, originally from Berkshire and Inverness, who frequently tweet about their love for this same Glasgow “Queen’s 11”. And whilst this may motivate those who think tattoos of 17th Century kings make up for a lack of personality and self-esteem, the vast majority of Scots are yet to show any interest in marching to those particular tunes.

In short, the Tories will continue to have a well-motivated, but minority support of ultra-Unionist bigots mixed in with the traditional landlord class and self-loathing aspirationals that make up the rest of their support. They will be overjoyed to hit 30% of the vote.

Labour in Scotland continues to stagger about talking about winning back “their votes” last seen in 2010. They have defenestrated their Scottish Leader four months before an election. Until they learn to launch such successful attacks on their political opponents rather than their own leadership, they are not going to provide a vision for how Scotland can handle the various crises we will face in a post-Covid world.

It was reported that Labour’s voter segmentation included religion, as the Labour Party had historically been strongest amongst working-class immigrants of Irish descent. The fact Keir Starmer is now wrapping himself in the Union Jack for his Scottish broadcasts suggests either the results of that research have been disregarded, or that the support for Scottish Independence and the SNP is so high in these communities that Labour have decided to abandon them once again, in order to scrap it out with the Conservatives for the Scottish Unionist votes.

Either way, the path is clear at a parliamentary level for the SNP. Given the constitutional make up of our parliament was designed to prevent the SNP having a majority, it remains to be seen whether they hit 65 MSPs. Unionists will use anything less to say that the SNP does not have a mandate for an independence referendum, even with the Greens taking the pro-independence parliamentarian count to well over 50% of the chamber.

That is similar to the arithmetic at the moment; 61 SNP, 5 Green, and 3 pro-Independence independents. However, the most recent polls continue to suggest an outright majority of SNP MSPs if an election was held tomorrow. The SNP have committed to another independence referendum in short order, should they win May’s election.

Party politics aside, why the shift on the constitutional question? After all, the 55% No & 45% Yes was a clear pro-Union victory in 2014, but the debate allowed Independence to be normalised as a vision of what Scotland could be. There were certainly some who voted No who experienced buyer’s regret, having been convinced for economic reasons to vote against independence.

Others voted out of a feeling of international solidarity, which for them had always meant an Old Labour red rose socialism mediated via London. Liberal Unionists also saw themselves as doing their bit to prevent barriers going up in Europe, despite the pro-EU and pro-Schengen independence movement making clear that open borders would remain in an Independent Scotland.

All of these old certainties crumbled when Scotland voted to Remain in the EU and England did not. Now, the buccaneer capitalism of Thatcherism on steroids that the independence movement warned about is fast becoming a reality. 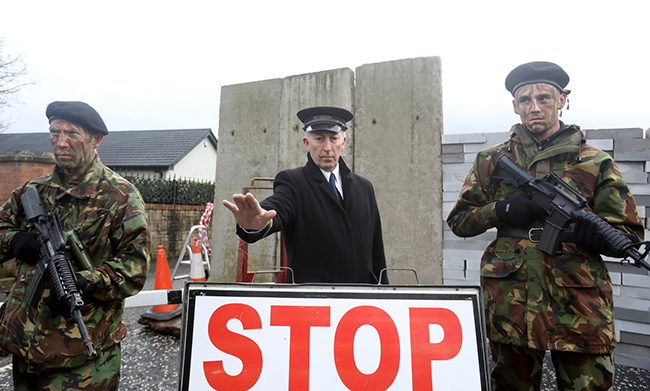 The reality of Brexit is hitting industries hard

Scottish Unionists dismissed as scare-mongering warnings about a future PM Johnston and Scotland being removed from the EU. Now, they have the difficult task of convincing those self-same voters that the optimum future lies as part of Boris Island. The increasing isolation of the UK state is being noticed by voters. US Democrats well remember Johnson’s love-ins with Trump and the EU continues to present a united front on Brexit issues, at least from these shores, making the UK ever more of an outlier in the international community and voters are noticing this.

The reality of Brexit is also hitting industries hard. On the East Coast, Peterhead was the largest whitefish market in Europe. With estimates of a third of the fleet tied up, other Scottish vessels are crossing the North Sea to land their catch in Denmark, avoiding Brexit paperwork. On the West Coast, the live shellfish sector is facing annihilation as the regulations for export to Europe are such that many producers cannot profitably sell live oysters, cockles and mussels to the main markets of France, Spain, and Portugal.

It’s not just Brexit that has impacted opinions on the constitution. The pandemic response has shown the difficulties of making policy in a devolved parliament when the overarching legislature is corrupt and incompetent.

When the Prime Minister parroted the ‘Herd Immunity’ line on a television sofa, as though explaining the government’s approach to the pandemic was best done between the newspaper review and reruns of Saturday Kitchen, it was just another indicator that the party which has historically been entirely indifferent to the struggles of the many, continues to be so.

Following the most recent pro-Independence poll, Boris decided to visit Scotland during a national lockdown. He attended a Covid-19 test processing lab that had sent staff home the day before with confirmed Covid-19 cases. It was later confirmed that Number 10 was aware of the outbreak, but went ahead with the visit regardless. Just another example for Scottish voters of a government entirely out of touch with reality.

The Coronavirus response could be chronicled by these photo-ops emerging from Westminster. Boris shaking hands with medical staff shortly before contracting coronavirus; a maskless Rishi Sunak pretending to serve dishes at Nando’s whilst launching Eat Out to Help Out; and now a Prime Minister taking his entourage to the site of a coronavirus outbreak. All of these images shine a light on a UK Government that has failed throughout the pandemic to listen to its scientific advisors. And whilst devolution allows some leeway on health issues in particular, the overarching powers on issues such as economic support, border security, and international travel remain at Whitehall.

Therefore, the fundamental question that voters are responding to appears to be: if our constitutional settlement does not allow us to protect the safety of our communities, then is that settlement fit for purpose? With over 100,000 dead, Johnston will face a political reckoning for his mishandling of the pandemic. And Johnston will be lucky if it is not just him, but his party and the Union they profess to represent remain unscathed from the judgement of the Scottish people at May’s election and subsequent referendum.

Angus MacLeod is an SNP activist in Glasgow. He has a Ph.D. in Celtic from the University of Glasgow and was National Secretary of the SNP from 2016-20