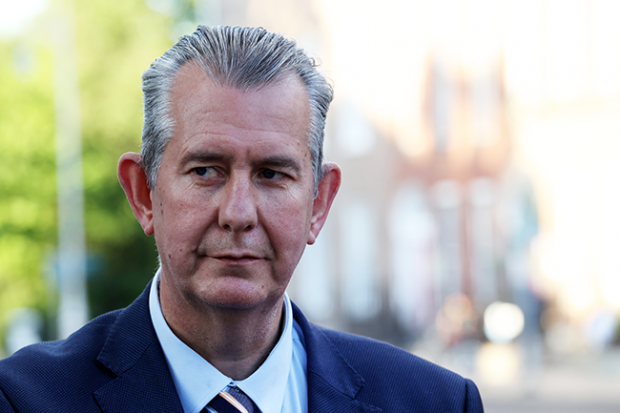 Who would have thought that in the centenary year of the Six-County statelet, that unionism, rather than celebrating this milestone, would be tearing itself asunder, that both the main unionist parties would have jettisoned their leaders and, in the case of the DUP, doing so in a way that bore all the hallmarks of a political assassination, mirroring the Ulster Unionist Party’s self-destruction of 20 years ago that led to the demise of both David Trimble’s leadership and UUP itself.

It is incumbent on these new unionist leaders to show a direction that confronts those who are abusing their influence in the Protestant, Unionist, Loyalist (PUL) community pushing provocative strategies in calling for illegal marches, pressurising the Orange Order to ignore the Parades Commission over the so-called marching season and in the case of the Loyalist Community Council warning that loyalist paramilitary violence is still a factor in all this political turbulence.

The first rumblings of discontent with Arlene Foster’s leadership emerged in the wake of the February LucidTalk Poll that put DUP support at a 20 year low, and a News Letter front page of 27 April declaring that Foster was facing an “open revolt”. 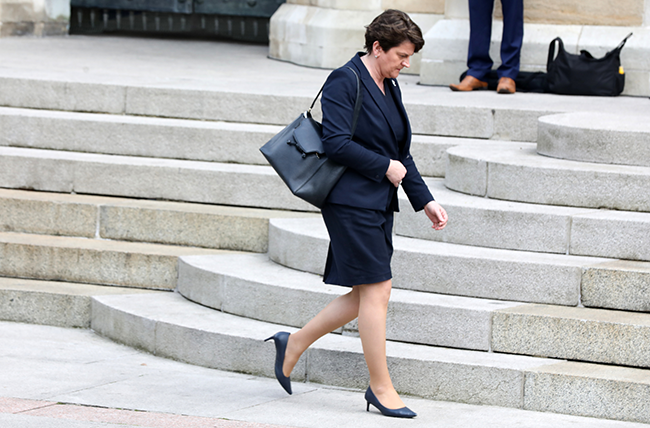 Foster dismissed the reports saying “stories on leadership come up from time to time and it’s one of those times”. Ignoring the significance of the leadership threat Foster added “we’ll just deal with it and move on because I’ve bigger things to do”.

Within two days a deflated Foster announced she was quitting as leader of the DUP and would stand down as First Minister. In her exit interview with Sky TV, Foster prophesied that “the future of unionism and Northern Ireland will not be found in division”.

The DUP allows only senior elected representatives to vote for its leader. In this case it’s 27 MLAs plus Jim Wells (Wells had lost the party whip but this was returned to him prior to the selection allowing him to vote for Poots) and it’s eight Westminster MPs.

The once monolithic DUP was now presenting as a party that was split along ‘right and left wings’ leading one political commentator to quip that “there’s a border down the middle of the DUP”.

The certainty of the Poots camp clearly stuttered at news of Jeffrey Donaldson’s counter leadership bid. Donaldson declared his intentions on 3 May and it was clear that the Lagan Valley MP took soundings from across the party before making his intention to oppose Poots public, provoking speculation that a large section of the DUP believed that a Poots top team would see the party revert to it’s bible-based ‘Never, Never, Never’ days of its founder and first leader Ian Paisley, thus weakening its appeal for ‘liberal unionists’. The final poll was a Poots victory by two votes, 19 to 17.

In the weeks since announcing her resignation Foster has made it clear she will leave the DUP and step back from political life, although if she’s offered a place in the House of Lords, she has voiced an interest. Foster has also sniped at the new DUP leadership on a regular basis chiding them to implement the Irish Language Act promised in the New Decade New Approach document. Indeed she envisages the party becoming “nasty”!

This view was derided by columnist Alex Kane who wrote on 3 May that it is “the party which at a gathering of it’s Borgia, Calvinist and neo-Darwinian (survival at all costs) wings agreed she would be the doormat upon which all the DUP’s problems would be dumped. They did it to Paisley in 2008, Peter Robinson in 2015. They did it to her. They will do it to her successor”.

Kane probably remembers, as a once senior member of the UUP under David Trimble, how the DUP rubbed their noses in it at every opportunity accusing them of being “roll over unionists”, an accusation that the éminence grise of unionism Jim Allister is now levelling at the DUP. 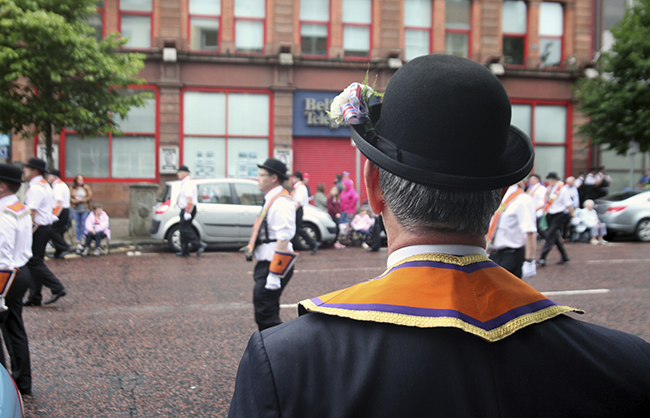 The new unionist leaders must confront those who are abusing their influence in the Protestant, Unionist, Loyalist community pushing provocative strategies in calling for illegal marches, pressurising the Orange Order to ignore the Parades Commission

And it is true that Foster became the lightning rod for all the DUP’s problems since the party unapologetically backed Brexit. Their conceit in thinking they had the Tories over a barrel when a weak Theresa May bowed to their whims backfired when Boris ‘I love the DUP and the Union’ Johnson outflanked them over the protocol.

And it is this protocol that has come home to roost. Foster initially welcomed it, but Allister, as in the case of the Long Kesh Conflict Transformation Centre controversy in 2013, put the cat among the pigeons declaring the protocol a “threat to the union” that would undermine the British identity of the North’s unionists.

The DUP’s, perceived, weakness on the protocol and by extension the union and ‘British identity’ saw its support drop to worrying levels in a number of polls carried out in February. Coupled to the possibility of this leading to a Sinn Féin First minister after next year’s Stormont elections the panic set in.

What seems, however, to have been the straw that broke the camel’s back, was Foster’s temerity to abstain on an Assembly vote banning gay conversion therapy. For a party immersed in biblical attitudes to homosexuality this was anathema.

So if we fast forward to the evening of 27 May, and the DUP gathering in a South Belfast hotel that was to see the Poots leadership rubber stamped, the volcano erupted.

A normally straightforward show of hands, to confirm the election result, became a row with delegates demanding a secret ballot as they accused some in the Poots camp of threatening and bullying behaviour with the most serious accusation coming from Jeffrey Donaldson who maintained that some of his canvass team were threatened by the UDA. The PSNI confirmed they are investigating such a complaint. 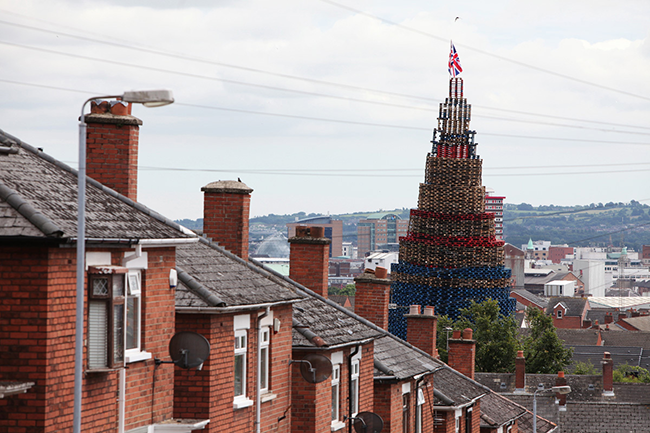 The drama of the night continued with senior party members including Donaldson, some of his backers such as East Belfast MP Gavin Robinson, Gregory Campbell, Nigel and Diane Dodds – both of whom were in the firing line of the Poots mutineers - former MLA William Hay and the chair of Arlene Foster’s Fermanagh Constituency organisation Paul Bell walking out before the newly confirmed leader made his maiden speech in which, ironically, he called for “unionist unity”.

In a further twist Bell publicly announced, while being interviewed by the BBC, his resignation from the party saying Foster was “stabbed in the back”.

Former Lagan Valley MLA Brenda Hale went further stating that Foster’s removal was a “political assassination”. Some media and political analysts are now predicting discontent and resignations from the DUP but the wider ramifications must be factored in too.

So against a backdrop of discontent, and according to another ex-MLA David McIlveen, a “culture of fear within the party”, Poots met with his MLAs at Stormont on Tuesday 1 June.

He has yet to announce his intentions or indicate where he is taking his party but it is in no one’s interest to see those, within the PUL community, who advocate street protests and disruption and, who, in their use of belligerent language, incite trouble, dictating the course of unionism.

Throughout the war years in the North, then through those torturous years around the Drumcree, Ormeau Road, Ardoyne and Derry marching disputes commentators used the well worn prediction that “we faced a long, hot summer”. It rests on the DUP dog not to be wagged by the Jim Allister, Jamie Bryson and LCC tail to ensure political stability. That is in everyone’s interests.