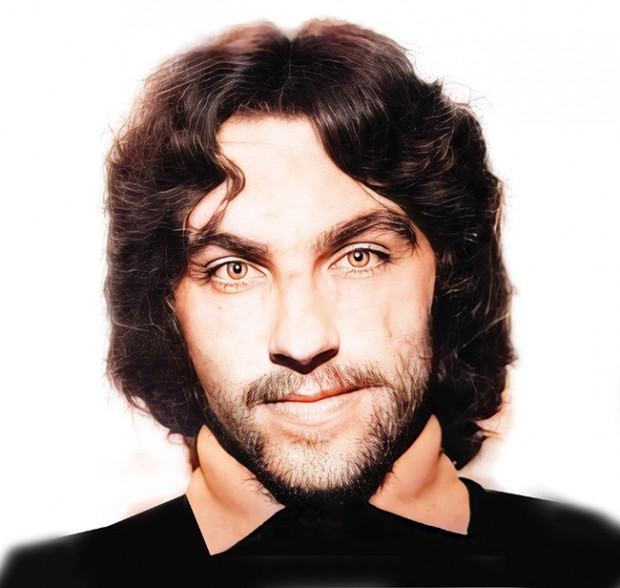 On 12 May 1981 at 5.43 pm, just seven days after the death of Bobby Sands, Hunger Striker Francis Hughes died. The South Derry man had endured 59 days on Hunger Strike. His sisters Noreen, Maria and Vera and brother Roger were by his bedside when he passed away.

Sinn Féin’s Gerry Adams called on British Premier Margaret Thatcher to accept that her efforts to stare down the Hunger Strike had failed, and for Taoiseach Charles Haughey to end his silence which Adams said encouraged British intransigence. 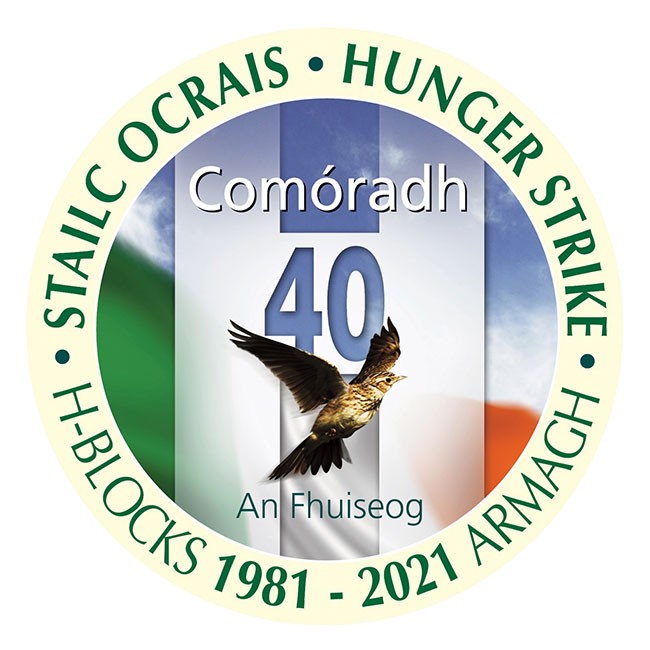 Cardinal Tomás Ó Fiaich implored of Thatcher: “How many more Irishmen must go to their graves inside and out-side before intransigence gives way to a constructive effort to find a solution?” In the United States, Senator Edward Kennedy decried Thatcher’s intransigence whilst Boston City Council renamed the street on which the British consulate is located as Francis Hughes Street.

Speaking to An Phoblacht on the day before his son’s death Francis Hughes’ father told of his last visit to his dying son: “It’s a terrible thing to see a young lad dying but amazingly he was in great spirits. His face was just yellow with eyes sunken. Just the same as a corpse lying there. I said do you see me Francis? He said I see the shape of you but I can’t see your face. When he had gotten a wee sleep he chatted away and caught my hand and held it tight. I said to him, you’re not too bad and he said ah now, tomorrow or Wednesday will see the end of it.” 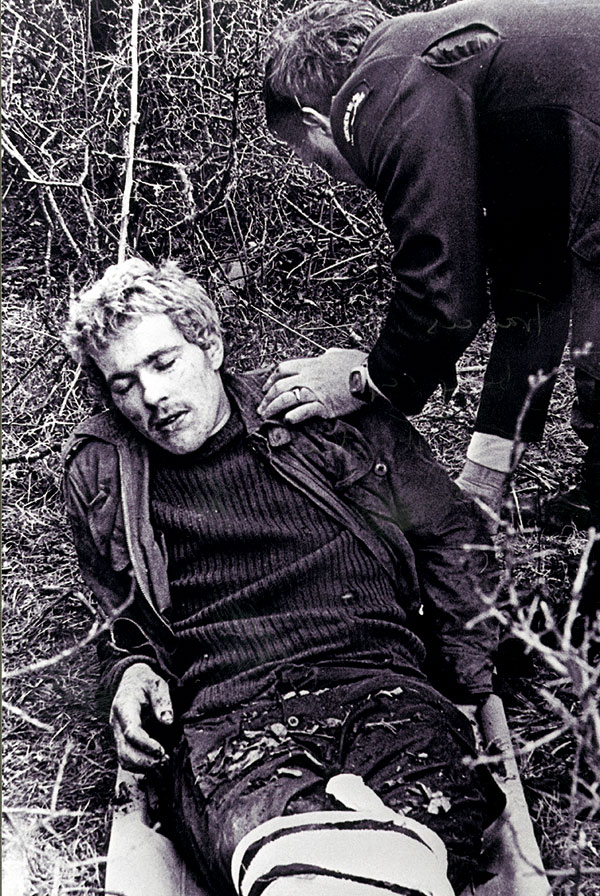 Legendary freedom fighter Francis Hughes, pictured during his capture by crown forces. Hughes lies badly injured, following a gun battle. He wears combat clothing and his hair has been dyed to conceal his identity

REACTION ON THE STREETS

The evening of Francis Hughes’ death saw an upsurge in attacks by the IRA with the British army and RUC coming under fire across Belfast. Riots, which had been raging since the death of Bobby Sands, intensified with nationalist youth across the Six Counties engaging crown forces with bricks and petrol bombs. 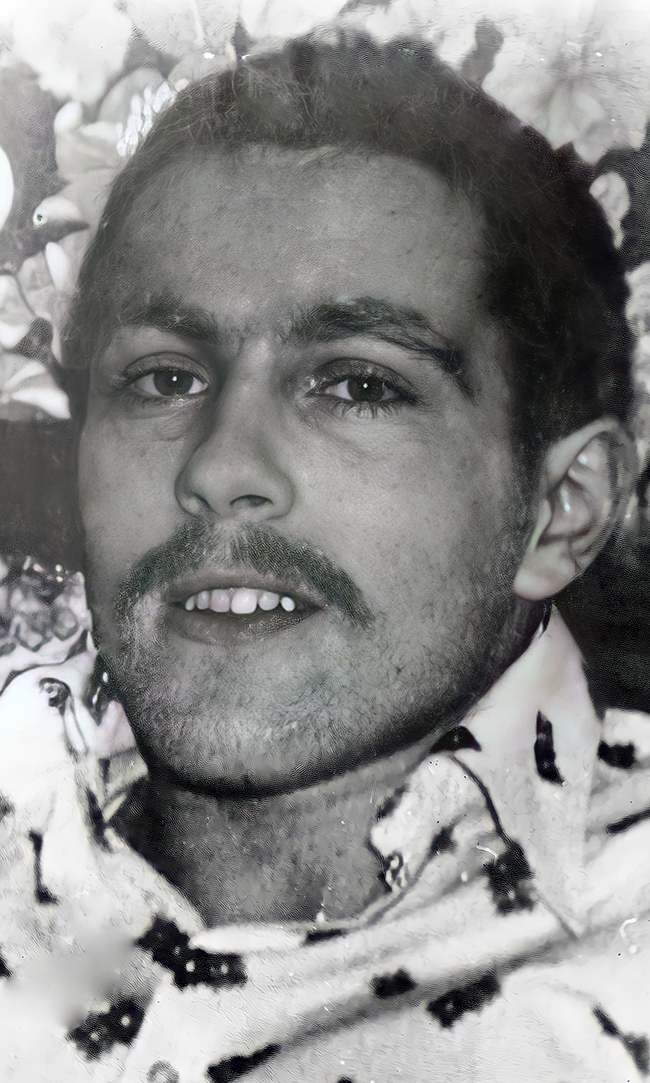 On the same evening in a sickening and deliberate act of murder, 14-year-old Julie Livingston was killed by a British army plastic bullet in Lenadoon, West Belfast. Francis Hughes’ death was the impetus for an increased use of lethal, plastic bullets and injuries received from them rose dramatically across the Six Counties after 12 May. 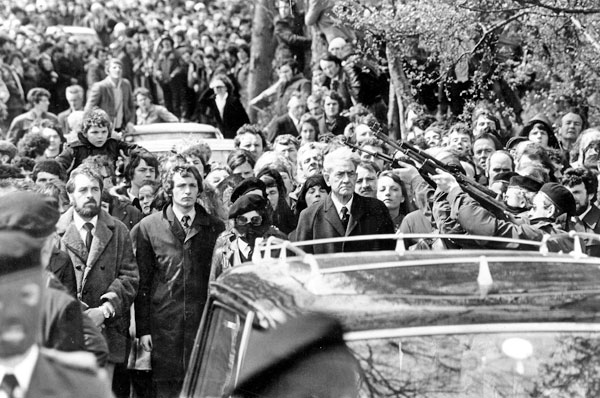 Francis Hughes had been captured by the British on 16 March 1978 following a gun battle that killed an SAS soldier and left Hughes wounded in the leg. He had been branded the north’s most wanted man by the RUC and was a legendary figure in his native South Derry and beyond. He had become involved in the armed struggle after witnessing the brutality of crown forces and experiencing it first hand with harassment and beatings. He had participated in the 1980 hunger strike and in 1981 he volunteered again and was accepted. In an open letter he wrote to the people of south Derry about his decision to go on hunger strike he said: “I have no prouder boast than to say I am Irish and have been privileged to fight for the Irish people and for Ireland. If I have a duty I will perform it to the full with the unshakeable belief that we are a noble race and that chains and bounds have no part in us.”

He was a cousin of Thomas McElwee who, tragically, would also die on the 1981 Hunger Strike. 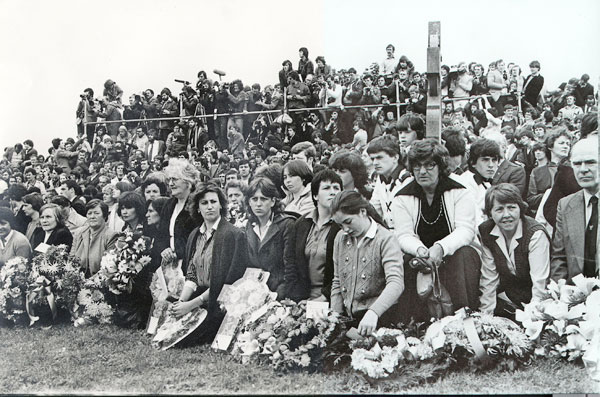 A crowd of thousands at the funeral heard Martin McGuinness declare of Francis Hughes: “They could not break him. They will not break us”

In death, the legendary South Derry volunteer instilled as much fear amongst crown forces as he had in life. The RUC hijacked his funeral cortege to prevent it passing through West Belfast on its sad return to County Derry. An RUC man was observed spitting on the coffin.

At the funeral, there were poignant scenes as Francis Hughes’ father, Joseph, approached an RUC cordon barring access to Bellaghy. His appeal to be allowed bring his son to St Mary’s church fell on deaf ears and the cortege was forced to take a circuitous route. Earlier, the IRA had bid farewell to their comrade with a volley of shots over his Tricolour-draped coffin outside the Hughes family home.

The funeral was marked by a day of mourning with businesses in nationalist areas shutting down and vigils and rallies occurring the length and breadth of the country. There were also numerous rallies abroad. 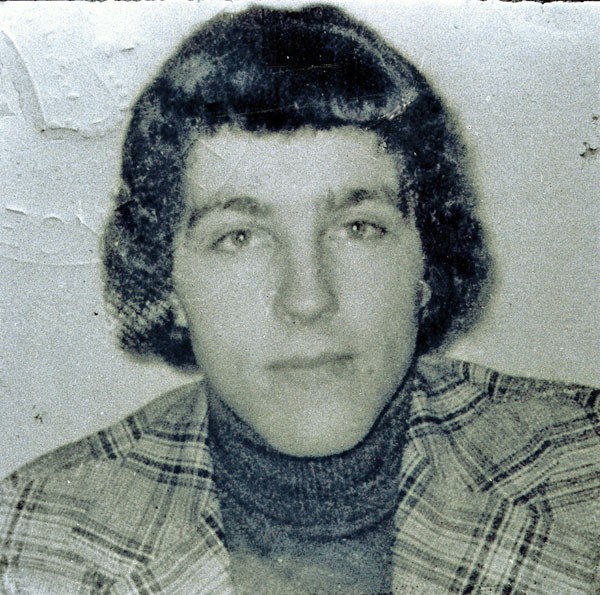 Chairing the graveside ceremony was South Derry republican John Davey, a friend of Francis Hughes, who was later murdered by a British pseudo gang. The graveside oration was delivered by Martin McGuinness.

Addressing a crowd of thousands McGuinness paid tribute to the bravery of Francis Hughes both as an active IRA Volunteer and as a political prisoner and a hunger striker. Outlining the history of the blanket protest and its escalation into the hunger strikes he rejected British propaganda which sought to portray republicans as sectarian and the IRA as criminals. McGuinness went on to say that the Hunger Strike had challenged the political and religious leadership of the country and they had been found wanting. John Hume and Charles Haughey had been whipped into line by Thatcher.

Concluding with a moving tribute to Francis Hughes McGuinness said: “His body lies here beside us but he lives in the little streets of Belfast, he lives in the Bogside, he lives in East Tyrone, he lives in Crossmaglen. He will always live in the hearts and minds of unconquerable Irish republicans in all these places. They could not break him. They will not break us.” 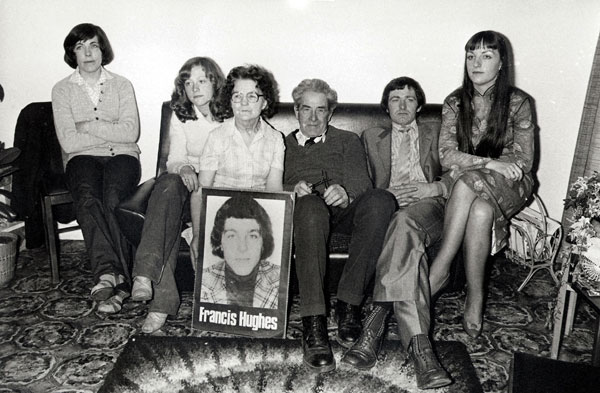