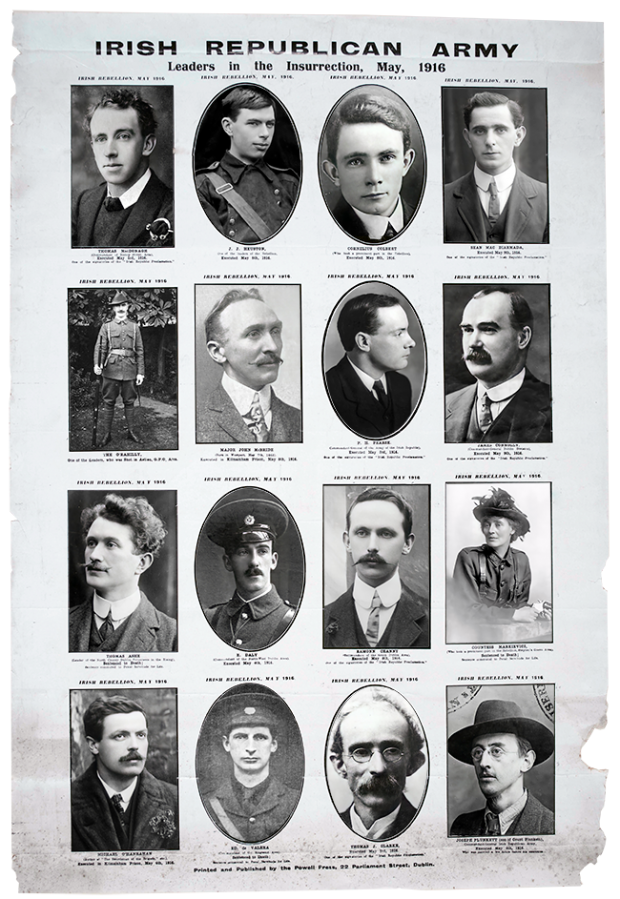 Martin McGuinness once said that the deaths of the ten hunger strikers in 1981 was “our 1916”. The impact of the hunger strike was so profound that he was comparing it to the epoch-making events of the 1916 Rising and the executions of the 16 leaders.

The connection was made directly by Bobby Sands himself when he wrote during his hunger strike:

“I may die but the Republic of 1916 will never die. Onward to that Republic and the liberation of our people.”

The 16 executed leaders and the men and women who fought shoulder to shoulder with them died for a free and undivided Ireland. A key factor in their decision to plan and carry out an insurrection was the degeneration of ‘constitutional nationalist’ leaders to the point where they were prepared to countenance a partitioned Ireland, subservient to the British Empire. For this, and for the promise of Home Rule, they induced tens of thousands of young Irishmen to die fighting for the Empire.

Pearse said that he and his comrades wanted freedom not for a geographical fragment of Ireland but for all of Ireland. James Connolly, as early as 1914, when the spectre of Partition was first raised as a real prospect, warned of the disaster it would be, especially for the working class.

The Rising of a small force of Republicans in 1916 was followed by the Rising of a whole people in the months and years that followed. But, as we know, the Revolution was stopped in its tracks and the British government and its allies in Ireland succeeded in rolling back the Republic and in establishing two partitioned states.

50 years after the Rising the government in the 26 Counties celebrated 1916 as if it had liberated the whole of Ireland. One form of rewriting history. Three years later the nationalists and Republicans in the Six Counties rose up, never to lie down again. By 1976 the political establishment in the 26 Counties wanted to forget 1916. It was all a mistake and celebrating it would only encourage ‘men of violence’. Another form of rewriting history. 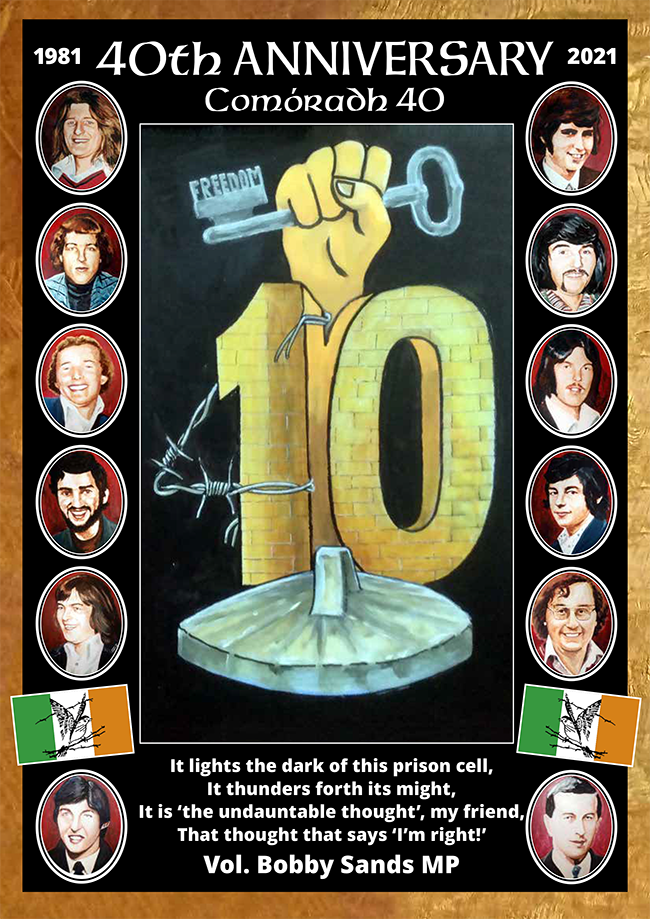 In February 1976 the 26-County government buried IRA hunger striker Proinsias Stagg in concrete in Leigue Cemetery in Ballina. The following month, with the start of its criminalisation policy, the British government hoped to bury Irish Republicanism in the concrete tomb of the H-Blocks of Long Kesh.

Inspired by the resistance to criminalisation of successive generations of Republican prisoners since 1916, the Republicans in the H-Blocks and Armagh Women’s Prison undertook a gruelling five year protest that culminated in the hunger strikes of 1980 and 1981. And the deaths of ten prisoners in the summer of ‘81, that summer of black flags, did indeed have an effect as profound as the executions of 1916.

Its motivation was not, as many revisionists and cosy commentators would have it, some Republican fixation with sacrifice for its own sake. It was rather an absolute determination to overcome oppression, never to be beaten back into the gutter, always to press forward to a real Republic.

105 years after the Rising, 40 years after the Hunger Strike, that determination still drives Republicans. It is a golden thread that runs through decades of struggle. But no two phases of struggle are the same and with the determination to win has come adaptability to the conditions of today, political development, strategy and tactics, learning from mistakes and successes, and always building towards the ultimate goal. It is ours now to live the dream expressed by Pearse to his comrades that Easter Week:

“We have lived to see an Irish Republic proclaimed. May we live to establish it firmly and may our children and our children’s children enjoy the happiness and prosperity which freedom will bring.”