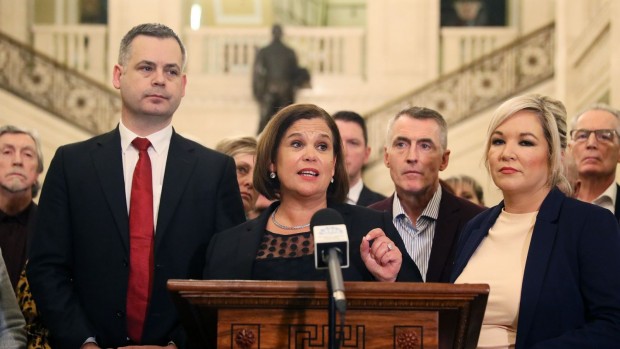 "The DUP needs to stop making bad decisions. A chaotic unravelling of the political process is not a strategy, and it is not leadership. Positive leadership, and finding new compromises and accommodations, will be the foundation stones for moving forward" - Declan Kearney

­The DUP's former leader used his ‘Newsletter’ column last week to erroneously conflate the existence of the Irish Protocol with identity and constitutional issues.

He omitted, like others, to acknowledge that having cheer led for a hard Brexit, the Protocol is in fact an integral part of the international Withdrawal Agreement, negotiated and agreed by the government in England, with eyes wide open. 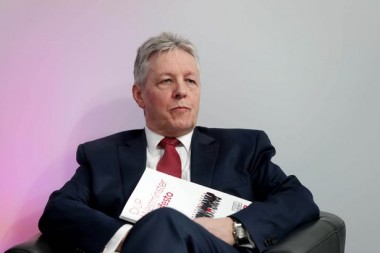 The Protocol is a consequence of Brexit.

Of course, it needs to be carefully operated. But equally, political unionists need to start taking responsibility for the result of their demand to have Brexit imposed on the north of Ireland against majority opinion.

So, to be clear, the Protocol does not challenge the constitutional status quo. These matters will be determined when a unity referendum under the terms of the Good Friday Agreement (GFA), is secured and won. And, that in turn can begin a transition to a peaceful and democratic reunification of Ireland.

The only pivoting around the Protocol has been the English Tory government swapping its initial belligerent rhetoric for the more pragmatic language which it now uses in Joint Communiques with the European Commission.

But the reality is some within political unionism are trying to whip up hysteria and manufacture a crisis.

That needs to be called out. Their behaviour is reckless.

The catalyst for the continuous political problems which have beset the political process originates with the DUP decision to break the Maze/Long Kesh Programme for Government (PFG) commitment in 2013.

The DUP have made many bad decisions; not only Brexit.

Significant sections of the party have never internalised the proper working of power sharing, or the principles and politics of the GFA.

The DUP continues to ignore the lessons of history of this place.

Failure by political unionism, and especially the DUP, to provide responsible leadership always carries the potential for the law of unintended consequences taking over; leading us all into undesirable political situations.

The fact is that accepted requirements for the restoration of power sharing in January 2020, under the New Decade, New Approach (NDNA) deal, need to be delivered, including notably, implementation of an Irish language act. 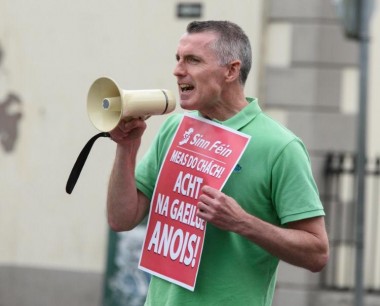 As well as being an entirely legitimate right, the Irish language act is a totemic issue.

Thinking unionists know that it is much bigger in its symbolic and political importance than the delivery of Irish language services or appointment of a Commissioner - which are essential to those of us who use the medium of Irish.

It is about formal equal recognition of the Irish cultural and national identity in the north of Ireland. An identity which has been discriminated against since the violent imposition of partition 100 years ago.

Whatever our respective narratives of the resulting political conflict, the GFA brought it to an end.

It established that the peace and political processes, and continued democratic change would be managed henceforth on the basis of adherence to equality, parity of esteem and mutual respect.

Both the British and Irish identities and the plurality of traditions were given equal validity.

Nevertheless, significant sections of unionism have opposed the GFA since 1998, despite the overwhelming support it received from citizens in the north and south of Ireland. Others have stayed hostile to proper sharing power, unless it is on their terms.

In some senses it's unsurprising that elements of the DUP are now apparently intent on resiling from their obligations under NDNA.

Some have begun to talk up a false argument that the Protocol undermines the interdependent nature of that deal, and then imply the Irish language act will not be delivered.

Remember the present DUP leadership also crashed a previous accommodation to restore power sharing in 2018, after they sought the views of unionist paramilitaries and the Orange Order.

More recently unionist extremists have again been setting the pace for the DUP.

Now the DUP has decided to try and match the TUV’s ‘5-point plan’ of disruption, by bringing its own plan of chaos into the political institutions. This approach will inevitably have negative impacts upon wider society and also delivery by the power sharing Executive. 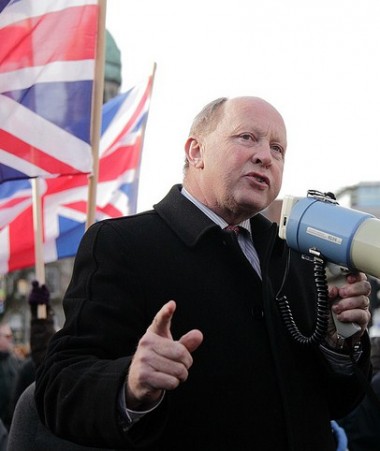 The GFA is the established framework to address the perception or reality of exclusion or inequality in this society.

However, political will, leadership and good faith are also required. That extends to honouring PFG commitments, and or, political agreements.

The British identity, unionist tradition and orange culture must be respected now; and, in the aftermath of constitutional change, also in the future. That is a given.

It is a fiction to accuse republicans of making ongoing and unending demands to erase everything British and indulging everything Irish. That is totally preposterous.

Respect is a two-way street. So too, is adherence to the principles of proper power sharing.

The days of unionism having its own way are over. But that is no reason to whip up fear and tension, to encourage alienation, and darkly conjecture about potential future repercussions.

That is the opposite of leadership.

Any undermining of the GFA and, or the terms of NDNA, would represent another bad decision by the DUP. 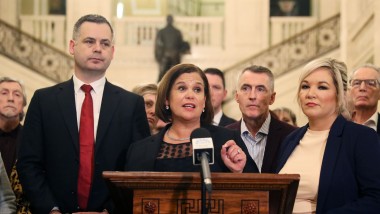 None of us should fear the challenges we face. The antidote to fear is leadership.

The Commission was formed arising from the Fresh Start Agreement in 2016 to examine and try to find common ground on some of the most intractable and contested issues of identity. It has done good work, but no single report, policy or strategy is likely to produce a complete panacea for all these outstanding challenges.

Instead of taking us down rabbit holes, unionist leaders should direct their attention to sensibly managing implementation of the FICT report and delivering the Irish language act and appointment of an Irish Language Commissioner, and meeting all other NDNA commitments for which the northern power sharing Executive is responsible.

Change is happening all around us.

Our collective focus needs to be on building an open, equal and diverse society, which is respectful and affirmative of all citizens' rights, identities, and traditions.

Managing matters of identity, culture and tradition is not a zero-sum game. So, the sabre rattling should stop.

The promotion of equality and anti sectarianism will be good for everyone.

Sinn Féin is unambiguous about our commitment for, and leadership on, that agenda.

Others need to take care not to bury their heads in the sand.

Last week in the Assembly I spoke about the Executive's ‘Together: Building a United Community’ (T:BUC) strategy during the FICT debate.

I referenced a meeting with young ambassadors from the T:BUC programme a few days earlier. These were young people from all backgrounds who gave uplifting accounts of their shared experiences from working together.

Those of us in political leadership should take inspiration for our youth. Our priority must be to build bridges towards a better future for them.

So standing still is not an option. That would be an abdication of political and civic responsibility to our children and youth. They should be liberated to live in, and enjoy a society devoid of sectarianism, bigotry and sectarian segregation. 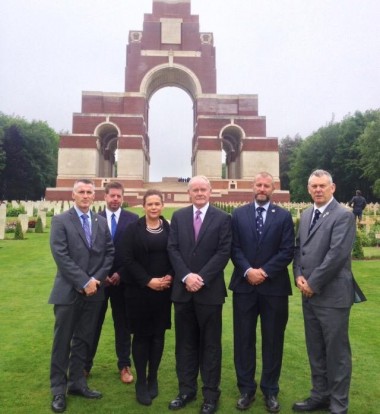 A new future is waiting to be shaped by us all in partnership. Republicans will bring leadership, flexibility and generosity to that process.

Securing such a future for all our children must become a shared strategic, political, societal and moral priority.

It will not be achieved if political unionism retreats into its laager.

A chaotic unravelling of the political process is not a strategy, and it is not leadership.

Positive leadership, and finding new compromises and accommodations, will be the foundation stones for moving forward.

The former leader of the DUP remains a figure of influence. He should know the door is open to direct engagement.