Still Crazy After All These Years? 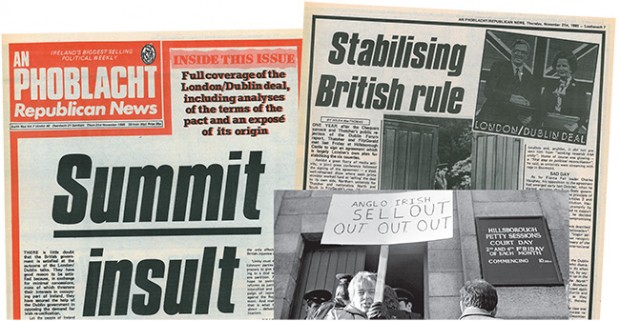 • Hillsborough Agreement of 1985 and Unionist protest

I am old enough to have been involved with you when you were born in your current all-Ireland form, as An Phoblacht/Republican News. In 1979, I was asked to write some book reviews (under another name), and left pretty much to decide which.

Two pieces I remember particularly; a survey of the so-called ‘thrillers of the Troubles’ - mostly anti-republican, sexist, and racist trash and a review of ‘The Women’s Room’ by Marylin French. In 1981, I was part of a team who wrote extended pen portraits of the prisoners as they embarked on hunger strikes. A heart-breaking and solemn task.

In 1982, then Editor Danny Morrison was looking for someone to write what he described as a weekly look at the political manoeuvrings of unionists, the SDLP, and the London and Dublin governments in relation to the struggle.

The brief was to gather what the various players had said, analyse them, and comment from a republican viewpoint. All the more important as this was a time of censorship. The asymmetrical propaganda war was full on, explicitly by law, such as Section 31 in the south, followed in 1988 by a British ban on republican voices (remember “his words are spoken by an actor”!). And this despite, or indeed because of, the growing endorsement of republicans at the polls. 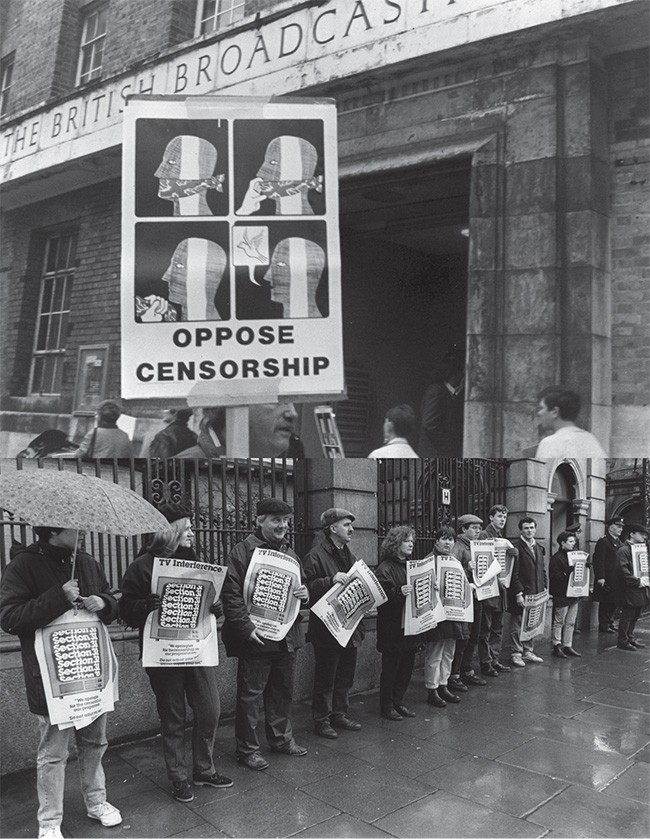 But, I digress. I cleared my study a couple of years ago and shredded notes taken in longhand for my early articles and carbon copies of typewritten articles; the top copy being sent to Dublin with other pieces on the Wednesday morning, the carbon copy kept for a phone conversation with the Editor if changes were needed.

Printouts with the recognisable narrow font of an Amstrad PCW, and 3.5 inch discs that travelled from me to the Northern Editor and back. A hidden history of technological change. Today, I sit at my computer, with a search engine open on the desktop, yet feeling the familiar excitement and remembering the many Tuesday all-nighters of frantic writing, with the week’s press cuttings scattered over the room. No ‘cut and paste’ then, you young wusses!

But enough nostalgia. This weekly piece was given a pen-name of Hilda MacThomas (a tale for another day), and became known as ‘the Hilda piece’, with a small following of faithful readers. In times of war, pen names were used for obvious reasons, and so there was always this sense of my words not really belonging to me and taking a life of their own once the paper went to print, the writer being merely a small cog in the media machine. And so, I feel free to speak about Hilda in the third person, even though I have been secretly very proud to know it was me.

Many key events I remember covering and many more have got lost in the recesses of my ageing memory. The dramatic entrance of Sinn Féin onto the electoral scene in 1982 with the assembly elections, giving voice to a hitherto silenced and demonised section of the population. 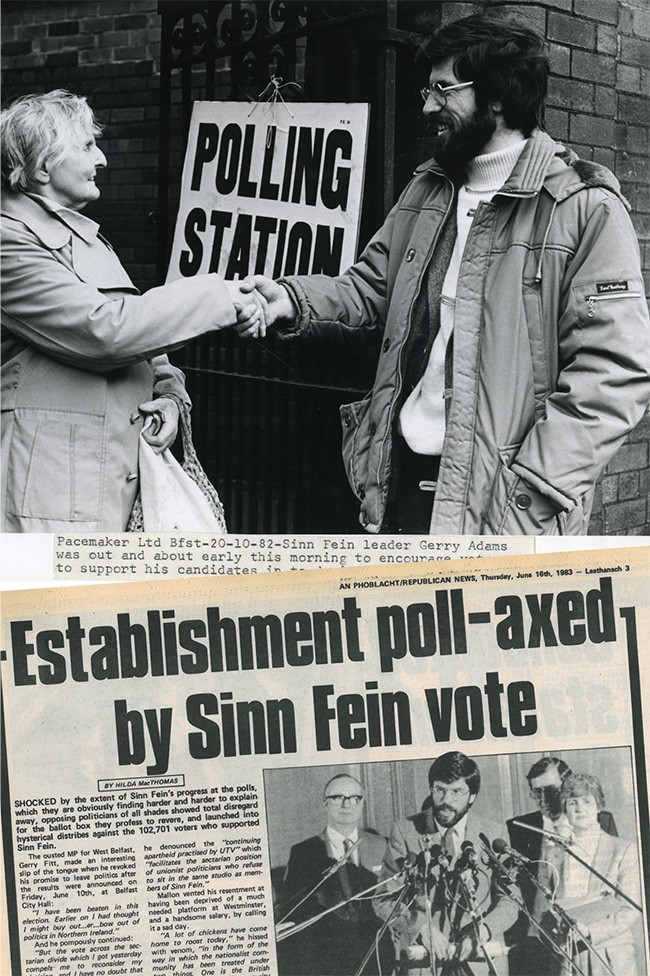 1983: Gerry Adams MP! And Danny Morrison missing being an MP by 78 votes in mid-Ulster!! (Sorry Danny, I couldn’t help casting this up!). The Hillsborough Agreement of 1985, an opportunity for the far right DUP to strut through Belfast’s Donegall Square (Table quiz question: How many “nevers” did Ian Paisley shout on the platform?).

The DUP rhetoric an implicit encouragement to its grassroots to throw petrol bombs through ‘Catholic’ windows. And after nationalists in Ballynahinch organised night watches to defend against such attacks, trusting themselves more than the RUC for obvious reasons, the immortal words of the local SDLP councillor were – to my mind – a great summary of SDLP ideology; “Leave it to those who are in charge to look after things.”

Some of the longer pieces I was asked to write, sometimes over five consecutive weeks, looked at the history of Irish Unionism (now curiously downloadable as an e-book!), or the SDLP as a political phenomenon (no e-book there, though I would have liked to read it again).

I remember a piece on Church-state relationship. An analysis of Peter Brooke’s speech in 1990, when he uttered the now famous sentence: “Britain has no selfish strategic or economic interest in Northern Ireland”.

This is one of the few pre-ceasefire pieces for which I remember being briefed before putting pen to paper. One of my regrets is to not to have made more of the missing comma after “selfish”.

I remember writing about Articles 2 and 3 of the Free State Constitution and the need for an all-Ireland referendum, as opposed to a referendum in each jurisdiction. But, by the time those Articles were amended in 1999, Hilda had retired her pen. I have just now tormented myself a little by reading the Wikipedia entry on the articles.

By and large, I wrote without detailed direction. A brief conversation with the Editor or Northern Editor on the Monday to agree the topic. Less frequently, a conversation on the Wednesday if a rewrite of a section was needed. The hands off approach of AP/RN left me free to develop my voice, and gave me space to research more substantial pieces. It is because of this for example that I was personally moved at the recent passing of historian Margaret MacCurtain, whose books supported my thinking on the question of women in Ireland.

Editorial freedom ended in the period after the ceasefire. For obvious reasons, the Republican Movement wanted its message to be tightly controlled. This made the Hilda piece, as it had become, redundant. It took me a while to accept this, but I did, in December 1996.

In these narcissistic times, we can find out who we are by Googling ourselves. Until today, I had never Googled ‘Hilda MacThomas’. There, I discovered a book entitled ‘The Long March: The Political Strategy of Sinn Féin, 1981-2007’.

The author, M. Frampton, said of a piece I wrote under my pen-name for Fortnight magazine in 1991: “An article by ‘Hilda MacThomas’ (a nom de plume generally understood to represent the views of the Adams-McGuinness leadership) in the February 1991 edition of Fortnight, for instance, explicitly refuted the idea that the British were neutral, declaring that, ‘the only neutral act a colonising power can perform in relation to a colony is to leave, taking care to make full reparations and helping to demilitarise the conflict it created.”

I could not have said it better myself!