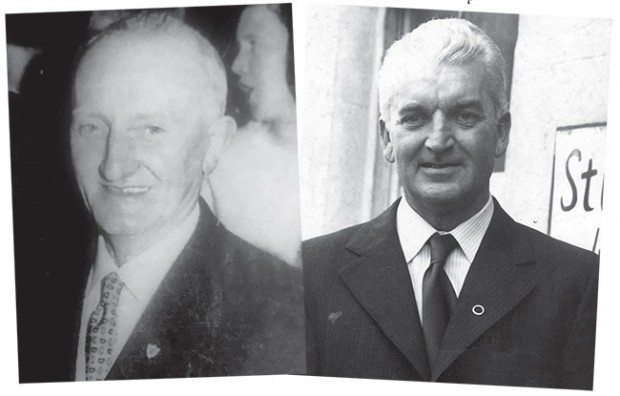 Congratulations to everyone who was ever involved in any aspect of producing or distributing An Phoblacht over the last fifty years. And all our readers. Others more learned than me may chronicle the history of the first An Phoblacht, founded away back at the beginning of the last century, and its illustrious contributors including Liam Mellows, Peadar O Donnell, and Frank Ryan.

Former editors may vie with one another to give us the inside story of their stewardship of  this fine publication in our own time. Me? I want to extol all their virtues. All the An Phoblacht team. All the proof readers, typists, lay outers, graphic designers, managers, papersellers, photographers, van drivers, columnists, and Cormac and his cartoons. And those who managed the accounts or collected the paper money. The van drivers deserve special mention. They literally took their lives in their hands, especially the ones who distributed the paper throughout the North.

Printers also should have honourable mention. Special Branch harassment in the South or worse in the North was their lot. So too with papersellers. Back in the day, selling the paper around the doors or at the weekends around the pubs was a Shinner’s duty. Censorship was widespread. These were pre-social media days. The paper was the only reliable way to get out the republican message. The late Eddie Fullerton was a legendary paper seller up in North East Donegal. So was Florrie French in the county of Meath. And Eddie Caughey and others in Britland.

The first time I was arrested was for selling a republican newspaper. In this case, The United Irishman. It was banned in the North, like Sinn Féin. So, in 1967, the ban was broken in organised public protests. In Belfast, this involved publicly selling the paper downtown, in Castle Street. 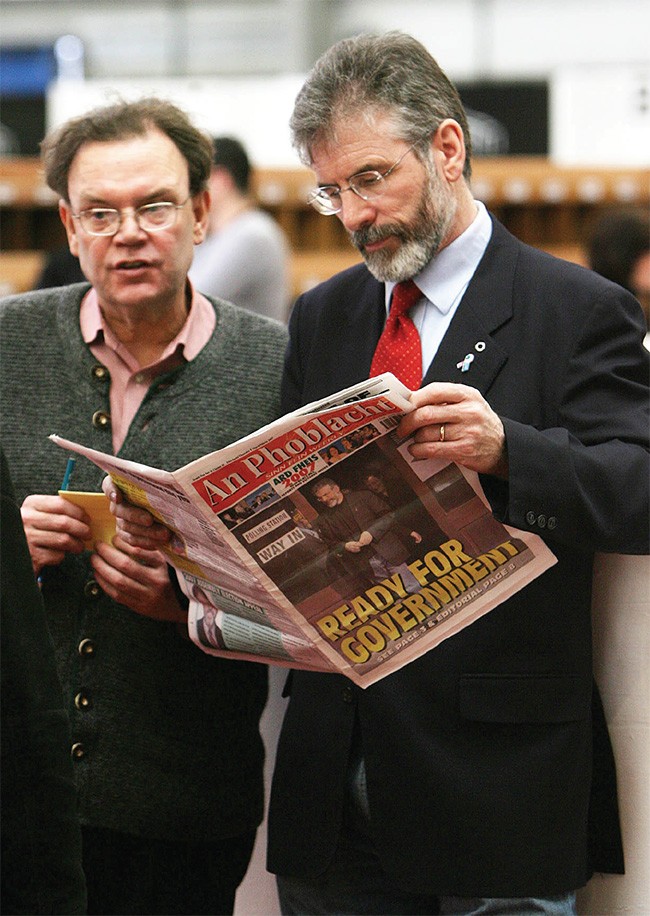 The aim was to get charged with selling the paper so as to open up publicity and legal opportunities. Myself and Malachy McNally were the chosen ones. We were both quickly arrested by a cohort of RUC officers, bundled into a land rover, and deposited in Queen Street Barracks.

Malachy proceeded to engage the posse of peelers in fisticuffs and, as he was escorted to the cells, I walked out of the Barracks and joined the picket outside. I was eighteen. Neither Malachy or I were charged with selling the paper, although he ended up in court and was fined for assaulting the peelers. The law of unintended consequences. Or the consequences of unintended protest.

Some three years after, in February 1970, a pogrom and a split later, I read the first edition of An Phoblacht. Its front page contained, if I recall properly, the mission statement of what became known as The Provisionals, a term I never liked. Later that year, Republican News was published in Belfast to deal with northern matters. Veteran activist Jimmy Steele was the first editor and it was produced mostly in the home of Prionsais Mac Airt in Kane Street in the Clonard area.

I recall being in a flying column of young Republican News sellers who descended on Free Derry on an evangelical mission. Jimmy Steele was not long dead and there was a tribute to him and a postage stamp sized photo on the front page of that particular edition. In Rossville Flats, an old lady exclaimed when she saw his image.

‘Awh’, she said to me as she bought the paper, ‘Poor Jimmy Steele is gone’.

We also sold the paper in the Upper Springfield in West Belfast, around the doors in Ballymurphy and the Whiterock. For some time, we had a stall at The Top of The Rock, selling both An Phoblacht and Rep News, alongside books and other publications from 1916 and Mount St Bridge Ambush veteran old Joe Clarke’s Book Bureau. We had our own local newsletter The Tattler which we gave away, free gratis and for nothing. Oh the joys of Gestetner printing in back bedroom. Our Top of The Rock stall vanished in 1971 when it became too dangerous to staff and too easy a route for its republican vendors into Long Kesh and Armagh Women’s Prison.

Elsewhere in this celebratory publication, someone is bound to tell the story of the merging of An Phoblacht with Republican News. You may even read of the incarceration of some of the paper staff in Belfast Prison. I can vouch for them. I was there myself and helped them to do their time. For a while before this, I did my own time in the Kesh. I was commissioned by Danny Morrison to write a Republican News column in exchange for an occasional cigar. 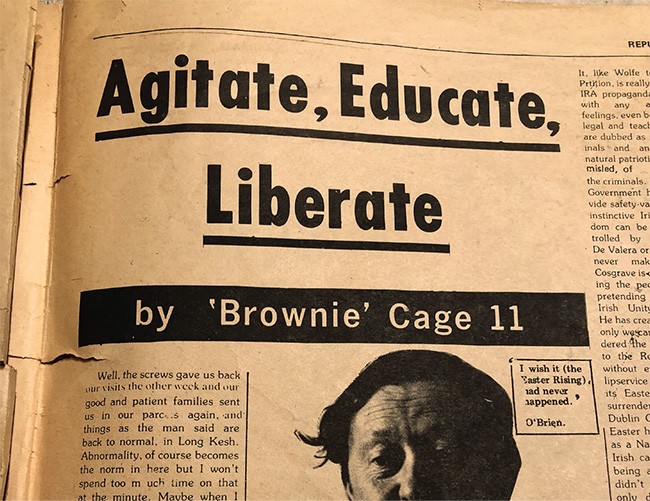 That’s how I met the legendary Richard G McAuley. Well we didn’t actually meet. He was in Cage 12. I was in Cage 11 so we shouted across the wire at each other. He was the Public Relations Supremo for the Republican Sentenced Prisoners. He was very strict. Very diligent. Everything I wrote, he had to clear. That meant me putting my script into a pigeon and throwing it over to him so that he could wield his censoring red pen.

A pigeon was a weighed down -with pebbles in it- tobacco tin. This was secured with tape and flung from cage to cage, flying high over the wire and over the heads of the grounded British soldiers and screws. So the Brownie columns emerged. The legendary RG McAuley later claimed authorship of some of these. He was plagiarist, censorious as well as strict and diligent. He still is, but he is very lovable.

Years later in another part of Long Kesh – the notorious H Blocks – I met an old friend. He told me one of the great joys of his time there was receiving smuggled miniature copies of An Phoblacht/Republican News. He said he loved reading them during the Blanket protest and he loved giving these to new blanket men. These tiny copies were smuggled into the prison. 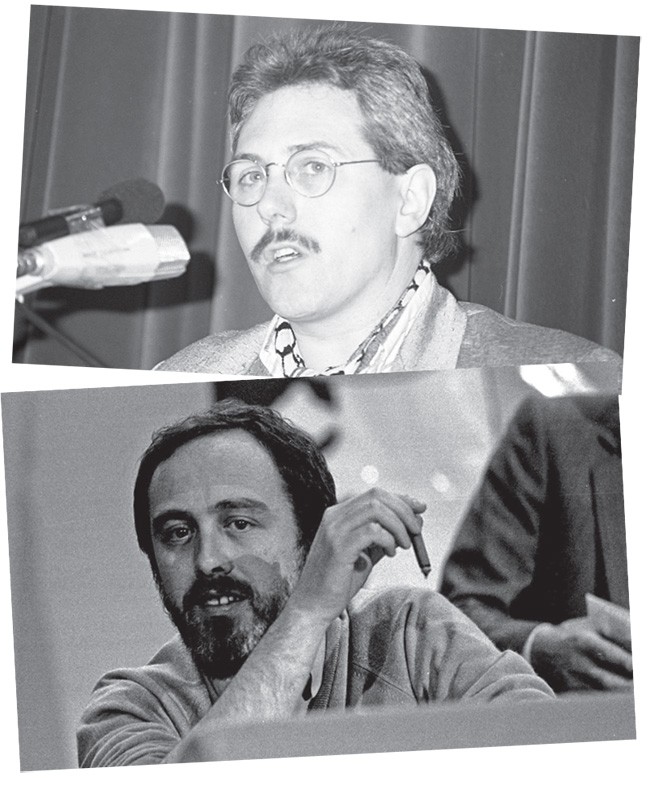 ‘Would you like a read of AP/RN?’ he would ask newly arrived and slightly disorientated comrades. Then, from under his blanket, he would produce a miniature copy of the newspaper which he had bangled earlier.

‘Nothing like it for catching up on all the republican scéal especially after remand in The ‘Crum where you never got anything. I also used to enjoy the Brownie articles from years ago, about prison before I went to prison myself’.

‘Is it true’ he asked ‘that the legendary RG McAuley wrote them?’

I said nothing in silent respect to the power of the legend that is RG McAuley. Here was proof if proof is needed of the power of propaganda.

Tom Hartley, an amazing collector of thousands of republican publications which he has faithfully donated to The Ulster Museum and The Linen Hall Library, is also celebrated among former republican prisoners who served time in Britain because of the letters he sent asking them to pay up their subscriptions to the paper during one of the many efforts by the paper’s management to clear up its debts. No one escaped these periodic debt collecting surges. Little wonder the paper survived. It’s hard to keep a good idea down.

So, long live An Phoblacht and all who sailed in her. Go raibh maith agaibh. And a special thank you to all those undaunted generations of faithful readers. Without you there would have been no fifty years of unbroken publishing of our oldest republican publication. Well done.