The Cure for Southern Partitionist Guilt - by Ciarán Quinn 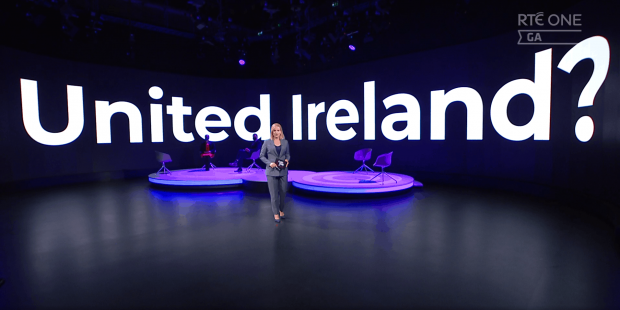 "Freestaterism has no place as we plan for the future. A new and united Ireland requires new thinking and planning. The Good Friday Agreement is the framework for managing change today and tomorrow. It lays out a peaceful and democratic pathway to unity. It sets the framework of rights, respect, and parity of esteem that must be at the centre of a new Ireland." - Ciarán Quinn

By his own admission, Michéal Martin was a troubled man in the 1980’s. Radicalised by the nightly TV news in Cork. He became an ardent Brits outer.

He travelled to the North, went to the pub with some loyalists and had a pint and an epiphany. Partition was not the problem, injustice and inequality were not the problems. In a moment of clarity, he realised the problem was his southern partitionist guilt.

He resolved to absolve himself of that guilt. No longer would he plan for or promote Irish Unity. A man freed from history. Well, that’s the crux of the story he told Claire Byrne on RTE last week.

A Taoiseach living in denial as the world changes around him.

The eighties are gone.

The pace of change has been breath-taking. The referendum to legalise divorce was won by less than one percent in 1995. Three years before the signing of the Good Friday Agreement. The Ireland of today is a different world from 1995.

We have witnessed the sheer joy of the Marriage Equality referendum result. The sense of relief and release when the Eighth Amendment was repealed. This change was driven by the people and resisted by the pillars of the establishment with the mantra “Now is Not the Time”.

Mary Lou McDonald, speaking to an audience of mostly Unionists in Queens University Belfast said once that “Home rule was Rome, those days are over”.

A new and united Ireland is being born. The past laid bare by a series of corruption tribunals and the testimonies of the survivors of the laundries and mother and baby homes.

Yet one failed narrative of the past persists and cannot even be named; Freestaterism.

A narrative to rationalise partition in the south.  A belief that the North was a place apart: Unionist, sectarian and violent. That the Irish citizens in the North are not really Irish,  but a troublesome inconvenience.

It allowed the new state to turn a blind eye to the pogroms, discrimination, and the repression of Irish Citizens. It created an ideological coastline linking Louth, Cavan, Monaghan, and Donegal.

For successive Fianna Fáil and Fine Gael governments, the North was a persistent reminder of their failure to live up to the promise of the Proclamation and the revolutionary generation. A source of Southern Partitionist Guilt.

Freestaterism is an orthodoxy of a political and privileged class. It is not representative of the vast majority in the south that have consistently supported unity.

Nationalists in the North wanted to believe Jack Lynch when he said the Irish Government could no longer stand by, when Haughey drew on the ghosts of past generations or when Leo Varadkar said that the north would no longer be left behind. But experience proved different. Irish Citizens in the North would have to assert their rights.

In some ways, the relationship between Irish Citizens in the North and Freestaterism is similar to unionism and English nationalism; rhetorically welcomed but in reality, barely considered.

The leader of the Ulster Unionist, Jim Molyneaux described the IRA ceasefire as, “the most destabilising event since partition”. It now seems that the Good Friday Agreement represents the same to Freestaterism.

The Agreement did not consolidate partition; it made it conditional on the will of the majority in the north and the south. The decision by a majority in both states would create a new Ireland. It will end a century of the status quo and privilege enjoyed by those who governed and prospered under the partition. The Agreement is an existential challenge to Freestaterism

Some are not ready for that challenge and hope to retain partition for as long as possible.

Their reaction has been denial and an attempt to rewrite the agreement. To undermine the basic principle that constitutional aspirations in the north are equal and it will be the decision of the majority of people voting north and south that will determine our constitutional future.

Refusing to engage in the unity discussion and denying a unity referendum undermines the democratic basis of the Goof Friday Agreement and the political process.

The unionist state is gone and replaced by a more inclusive and progressive society. The North like the rest of Ireland is a society in change.

Ignoring the present, and relying on a failed policy of the past, to plan for the future is a recipe for disaster. Look at Brexit, an English government clinging to its past empire created a monster of self-delusion. When reality and fallacy collide there can be chaos.

Society has moved on. We have the opportunity to let go of the past and build a new and united Ireland.

Freestaterism has no place as we plan for the future. A new and united Ireland requires new thinking and planning. The Good Friday Agreement is the framework for managing change today and tomorrow. It lays out a peaceful and democratic pathway to unity. It sets the framework of rights, respect, and parity of esteem that must be at the centre of a new Ireland.

Holding on to dogmatic Freestaterism in the face of change is a derogation of duty and denial of the democratic rights of the people north and south.

It is time to plan for the future of new united Ireland with a free state of mind. The only cure for Southern Partitionist Guilt–ending partition.