A story of defiance, commitment and determination 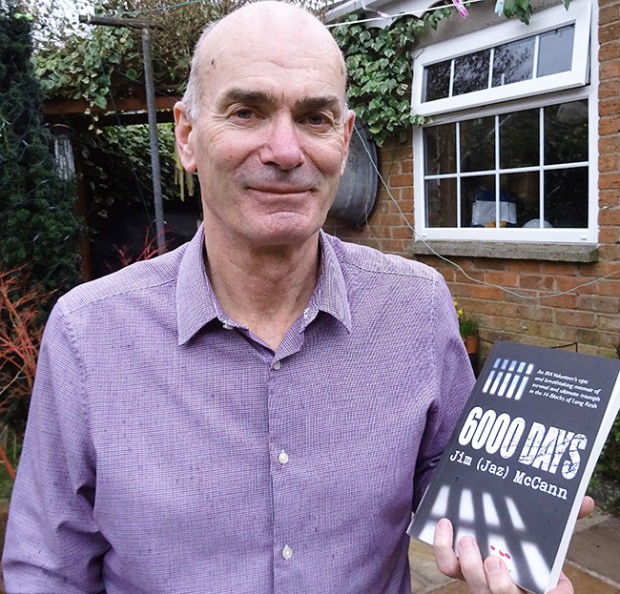 “An IRA Volunteer’s epic and breath-taking memoir of survival and ultimate triumph in the H Blocks of Long Kesh”, states the blurb on the cover of Jim ‘Jaz’ McCann’s book 6,000 Days. In reality, this is a story of defiance, commitment and a determination to overcome the British government’s criminalisation strategy and defeat the brutal prison regime set up to implement the policy by breaking the prisoners will to resist.

Captured in 1976, West Belfast man Jim McCann was charged with trying to kill an RUC member and, along with his co-accused Martin Livingstone, was imprisoned on remand in Crumlin Road jail as the British government’s criminalisation policy was turning from theory into practice.

Whereas previously IRA prisoners, recognised as Special Category prisoners - effectively political prisoners or POWs – were able to organise themselves in their own republican structures separated from loyalists and criminals now under the new regime they were forced to integrate.

From the point of view of the prison administration and the prison warders. whose job it was to enforce this new regime, it was clear that after years of having to run the North’s jails in conjunction with the IRA staff that the jail authorities were relishing having, as they seen it, the upper hand.

McCann captures the sense of dismay, fed by inexperience, that many remand prisoners being committed to ‘The Crum’ would experience as they had to undergo a humiliating ‘committal’ routine that was clearly geared towards undermining a person’s dignity.

However, even with the stress and tension of the battles around segregation, leading at times to fistfights with loyalists, the oppressive nature of the ancient Victorian prison dominated. In this book, the realisation of the effect that his imprisonment would have on his family the underpinning bonds of camaraderie that would sustain Jim through his 17 years’ incarceration, emerge as other republican prisoners offer support and guidance.

While the names of Bobby Sands, Joe McDonnell and Raymond McCreesh come into the narrative, there are those other characters. Included in this are people like John Thomas, ‘JT’, (who sadly died last year) from North Belfast, as well as Jimmy ‘Teapot’ McMullan and Finbarr McKenna (who was killed on active service in 1987), that bring a ‘devil may care’ flavour to the story that all republican prisoners can relate to.

The anecdotes McCann recounts would have added spice to any phase of imprisonment involving republicans.

Of course the focus, when it shifts to the reality of dealing with criminalisation inside the jail, sees the H Blocks looming large especially after September 1976 and Kieran Nugent refusing to wear the prison uniform and do prison work, central to the criminalisation policy, becomes the first Blanketman. 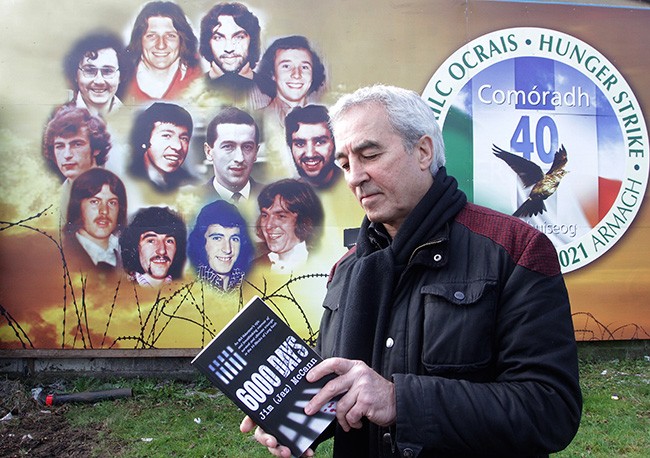 Former Hunger Striker and Blanketman Pat Sheehan with a copy of 6,000 days

After Nugent, the steady trickle of republicans joining the protest are met with a brutality and vindictiveness from bigoted warders who relished the chance to inflict their own punishment on the ‘Provies’.

However the way in which the warders went out of their way to humiliate and degrade prisoners, forcing them to ‘slop out’ or go to the canteen for their meals naked by denying them even a towel to cover themselves was another tactic they used to try and break the spirit of the ‘Blanketmen’.

Their sneering, leering remarks were meant to add psychological injury to the physical abuse they were inflicting.

As time passed the numbers increased the British administration accepted that the protest was ‘there to stay’ and a stalemate ensued.

That would change when in 1978 Brendan ‘The Dark’ Hughes and a number of other ‘Cages’ men lost their status due to a fight with some warders and came onto the protest.

As OC of the jail The Dark, with support from other seasoned prisoners, decided the protest as it stood was “ineffective” which subsequently lead to the escalation to the “No Wash” protest.

There is a great sense in the book that this was greeted positively by the prisoners as it was about them fighting back rather than just ‘passively’ protesting and despite the publicity generated through 1978 it became clear that a ‘war of attrition’ had begun.

The H Blocks became an international story and the British threw everything at the protest, essentially giving the prison administration and the warders carte blanche to do their worst through violent wing moves, invasive mirror searches and just plain thuggery.

Needless to say this moved the prison authorities into the front line and in retaliation for their brutality the IRA targeted and killed a number of warders.

It was out of this vortex that the name ‘Marcella’ would emerge as the pseudonym for Bobby Sands and the canon of prison writing that would ingrain his name on the consciousness of millions.

Despite the pressure they faced the Brits refused to concede any ground to the prisoners who thus faced their own Hobson’s Choice.

So in October 1980 the die was cast and seven prisoners, led by ‘The Dark’ embarked on hunger strike. The strike ended on December 18 1980 and the words ‘duplicitous’ and “brinkmanship’ entered our vocabularies.

Sean McKenna, one of the seven hunger strikers, had deteriorated and as his condition worsened ‘The Dark’ with the knowledge that an intermediary was on route with a document containing the framework of a settlement called a halt to the hunger strike and allowed medical intervention to save Sean’s life.

With the end of the hunger strike the British backtracked on any potential for a solution.

Sean McKenna was deeply affected by these events and, according to McCann sought ‘The Dark’ out, and in a conversation with him asked “why did you not let me die?”

The inconclusive end to the fast left Bobby Sands with a huge responsibility, one which he accepted with courage and commitment.

Jim captures the anger and distress that the prisoners felt with the start of the second fast knowing that in all likelihood someone would die for the prisoners demands to be met.

Also Jim’s friendship with Joe McDonnell, who would be the fifth prisoner to die in 1981, gives the reader an insight into the bonds and depth of ‘brotherhood’ that the Blanketmen developed.

With the end of the Hunger Strike and the deaths of ten hunger strikers the prisoners were left with hard choices.

Some of the ‘5 Demands’ had been met, but not all, so the way forward for the republicans saw the prisoners challenge the system from within and establish the platform to achieve segregation from loyalists, end the practice of ‘prison work’ and gain psychological control of the H Blocks.

The ‘Great Escape’ of 1983, in which Jim played a part, was the culmination of a long term strategy to condition the warders into believing they had the ‘upper hand’ and had ‘won’.

However we see that the escape wasn’t just about prisoners breaking out but that it’s political ramifications were linked to the continued fight against the attempts to criminalise the republican struggle and tell the British government and Margaret Thatcher in particular that they couldn’t break the will or the spirit of resistance of republicans.

In conclusion, throughout the book Jim talks of those ‘big characters’ like Joe McDonnell, Sean McKenna, Seany Bateson and Bobby Storey who died in June 2020. When asked about his time in jail, of which he spent 20 years, Bobby Storey stated “a life of struggle is a life well lived”.

That quote sums about the spirit of Jim McCann and this book.

All proceeds from the sales of this book will be donated to the Bobby Sands Trust.