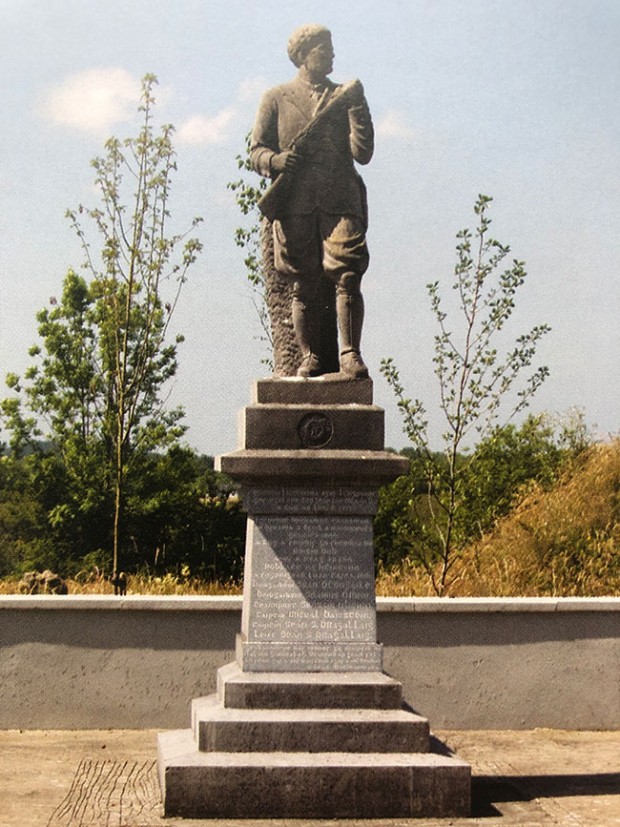 This week marks the 100th anniversary of the Selton Hill ambush - a significant engagement in the Tan War and a tragic chapter in the story of Co. Leitrim and the struggle for Irish freedom.

On Friday, 11th March 1921, the IRA’s Leitrim No. 2 Flying Column was ambushed by British forces at Selton Hill, which lies on the road between Mohill and Ballinamore.

Seán Connolly was an IRA activist from County Longford who was sent into Leitrim by IRA GHQ with the job of organising the guerilla army in the county.

The events at Selton Hill took place one week after the Sheemore Ambush on 4th March, in which British troops from the Bedfordshire and Hertfordshire Regiment suffered several casualties and at least one fatality at Sheemore, near Carrick-On Shannon. Connolly wanted, once again, to execute a successful operation against the enemy in Leitrim.

The column set out from Eslin Bridge towards Ballinamore to reconnoitre the area and locate suitable enemy targets for future operations.

Early on the morning of 11th March 1921, the Volunteers arrived at the house of James Flynn, a republican supporter. The house was at the foot of a hill and bordered by a lake. The setting, hindering a safe getaway for the column, would prove fatal.

Connolly’s unit had been travelling since the early hours to avoid British patrols and had travelled cross country from Eslin Bridge to Selton Hill. Exhausted from the journey, the Column settled down for some well needed rest.

After having something to eat, most of the Volunteers remained at Flynn’s, while two Volunteers went to rest in an unoccupied house owned by the McCullough family.

Unknown to the Volunteers, their arrival at Selton Hill had been detected by a local Orangeman, William Lattimar, who relayed the information to a doctor, Charles Pentland, who was also an ex-British Army officer.

A message was dispatched to RIC District Inspector Thomas Gore Hickman at Mohill, who immediately notified the British Army in Boyle, County Roscommon where a platoon of British soldiers from the Hampshire Regiment was immediately mobilised to confront the IRA unit.

At around 4pm, British soldiers alighted from their lorries on the main Selton Hill to Mohill road. 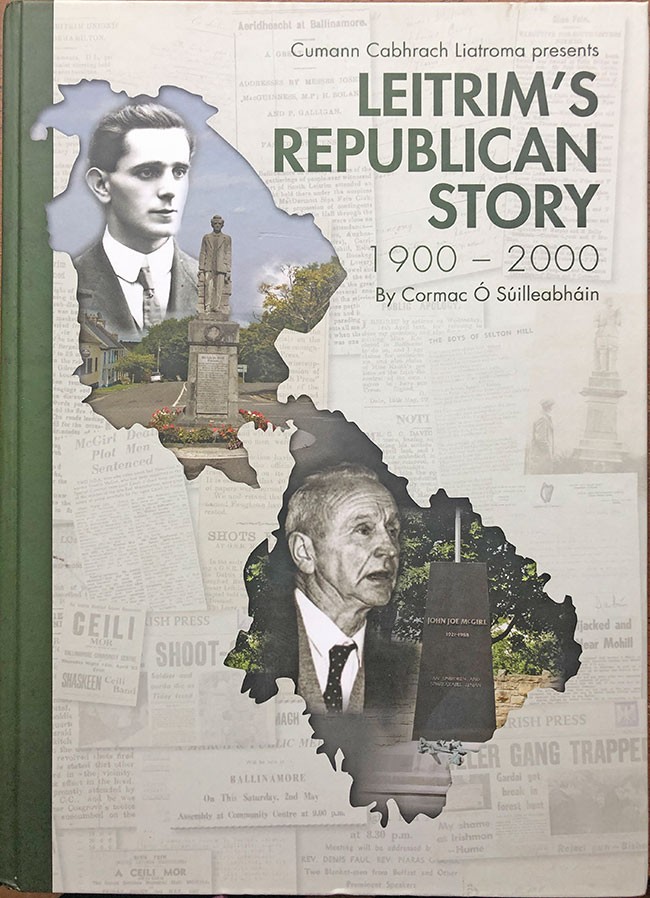 From the top of Selton Hill, the British soldiers trained Lewis machine guns on the Flynn house below, while others approached the house from each side.

The nine Volunteers in the Flynn house, alerted to the arrival of British forces by schoolteacher Charles Flynn, moved to the rear of the house.

Flynn’s warning had come too late though, as a barrage of machine-gun fire was unleashed on the house.

Sean Connolly knew the situation was critical and ordered the Volunteers to escape through the backdoor. Leaving a rear guard to cover their retreat, the Volunteers ran outside.

The waiting British soldiers shot and seriously wounded Jack Hunt and, as they opened fire on the other Volunteers, the IRA returned fire and a running gun battle ensued.

As Sean Connolly moved from the cover of the house he was hit by a volley of rifle fire and was mortally wounded.

Seamus Wrynn and John Joe O’Reilly were shot dead as they tried to escape the rifle fire.

In an attempt to stop the British outflanking the IRA’s  position, the other John Joe O’ Reilly prepared to throw a hand grenade but was shot, the grenade exploding in his hand.

Andy MacPartland succeeded in running through the gunfire and escaped capture.

With the British advancing on their position, Joe Beirne, Michael Baxter and Bernie Sweeney broke cover, but a burst of machine-gun fire cut the group down, killing Beirne and Baxter and seriously wounding Sweeney.

As Sweeney tried to stand up, he was hit again in the leg and collapsed into a ditch. Water covered his body and his head was hidden from view by a bunch of rushes. A British search of the area failed to locate him and he was later rescued from the ditch by other Volunteers and brought to Ballyduff, receiving medical attention from a Dr. Dolan in Ballinamore.

Paddy Guckian and Pee McDermott, who were in the McCullough house, evaded capture by heading to the edge of Selton Lake and then on to Drumany.

The wounded Jack Hunt and Charlie Flynn were placed under guard in one of the lorries along with the dead men.

Sean Connolly was also placed in the lorry but died in Carrick-on-Shannon barracks later that night.

British forces did not suffer any casualties in the gun battle.

Ernie O’Malley later stated that as the bodies of the IRA Volunteers were brought through the town of Mohill, the British soldiers shouted ‘fresh meat!’ He also said that British soldiers “were seen by a badly wounded IRA officer, Bernie Sweeney who survived, to use rifle butts on the skulls of two wounded men.”

The IRA later discovered how their position had been compromised. Two weeks later, the IRA executed William Lattimar for his part in informing on the Column.

Dr. Charles Pentland, the ex-British army officer who assisted Lattimar, evaded those sent to kill him and fled to England where he was traced by an IRA unit. But before they could move against him, the Anglo-Irish Treaty came into effect.

However, the story didn’t end there. In 1924 Pentland was killed in unusual circumstances in London when a lorry mounted the pavement and crushed him. Although reported as a traffic accident, many believed, and still do, that this was an IRA action, the rumour being that the lorry was driven by an Irishman.

*For those interested in Co. Leitrim’s role in the struggle for Irish freedom, Leitrim’s Republican Story by Cormac Ó Súilleabháin gives a comprehensive and detailed account of the county’s republican history.