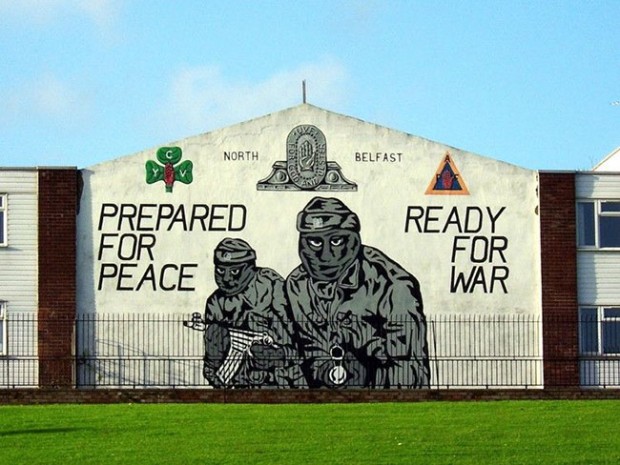 Within 24 hours of the British Government’s unilateral move to set aside the so-called Northern Ireland protocol, and break internationally binding agreements made with the EU, Unionist death squads have threatened to withdraw support for the Good Friday Agreement, accusing the European Union of undermining their “rights under the agreement” through implementing the protocol.

The British government move, announced on Wednesday 3 March, to unilaterally extend the grace period for goods coming into the North has angered not only EU leaders but nationalist politicians across the Ireland.

Sinn Féin’s Michelle O’Neill accused the British of “acting in bad faith” and upping “the ante and creating even more uncertainty” while Dublin government minister Simon Harris described the British as a negotiating partner that cannot be trusted. 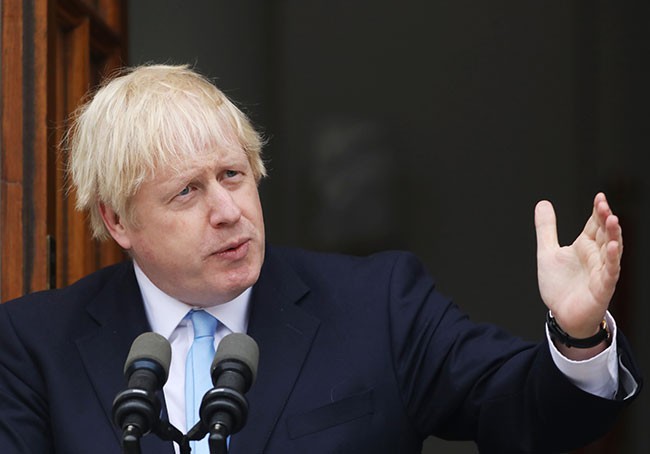 The threat contained in a letter to British prime minister Boris Johnston was sent by the Loyalist Communities Council (LCC) which is made up of representatives of the UVF, UDA and Red Hand Commando (RHC) groups which were responsible for killing more than 1,100 people during the conflict. The majority of whom were uninvolved Catholic/Nationalist civilians.

More worryingly the letter states that the implementation of the protocol “undermines the basis on which the Combined Loyalist Military Command (CLMC) agreed their ceasefire [of October 1994] and subsequent support for the Good Friday Agreement”.

This runs contrary to the views of DUP leader Arlene Foster, that the letter emphasises loyalist commitment to “peaceful and democratic means” to oppose the protocol while PSNI Chief Constable Simon Byrne maintained “our assessment is that this a political move” and there is no indication that the loyalist gangs will resort to violence.

Foster has come under further attack over her party’s meeting with the LCC, a body set up in 2015 with the express objective of moving the loyalist death squads ‘off the stage’,  at the end of February with people accusing the DUP of ‘legitimising paramilitaries.’

The day after the Thursday 25 February meeting DUP agriculture minister Gordon Lyons ordered work to be halted on the customs inspection centres as part of the protocol infrastructure.

In their letter to Johnston, a similar letter is said to be on it’s way to the Dublin government, the LCC say the “unionist family” is united against the Protocol in the way it was in opposing the 1985 Anglo-Irish Agreement.

It goes to warn that they are “withdrawing support for the Belfast Agreement and its institutions until our rights under the agreement are restored”. 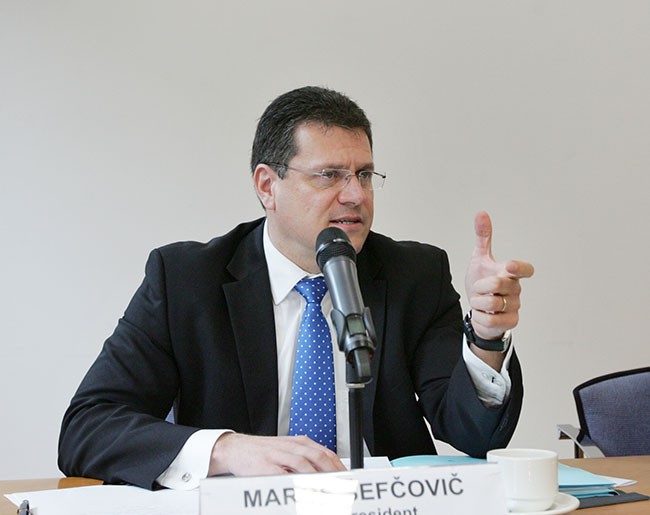 This latest development, coming as it does, just days after a DUP delegation lead by Arlene Foster met the loyalist grouping to discuss “opposition to the protocol” is a clear indication that unionists are intent on raising the temperature around the issue.

Spokesperson after spokesperson, indulging in scare tactics, has heightened tensions by describing the protocol as a “threat to the constitutional position of the North” and that it will “create an economic united Ireland”.

It should however come as no surprise to nationalists and republicans that events would take the turn they have as within days of a controversial meeting between the LCC and the Northern Ireland Office (NIO) in January David Campbell, a former aide to UUP leader David Trimble, told the BBC that “if it comes to the bit where we have to fight physically to maintain our freedoms within the UK, so be it”.

He said groups who had engaged in violence in the past would use it again “if it is seen that political engagement does not work”.

Needless to say those unionist spokespeople and parties who are upping the ante are hiding behind the fig leaf of ‘non-violence’ saying they would have “no truck with violence”.

Reacting to the developments Sinn Féin vice-President Michelle O’Neill said the real question to be asked here is why, 23 years after the signing of the Good Friday Agreement, “are loyalist gangs who are involved in drug dealing, racketeering and sectarian attacks” still in existence. 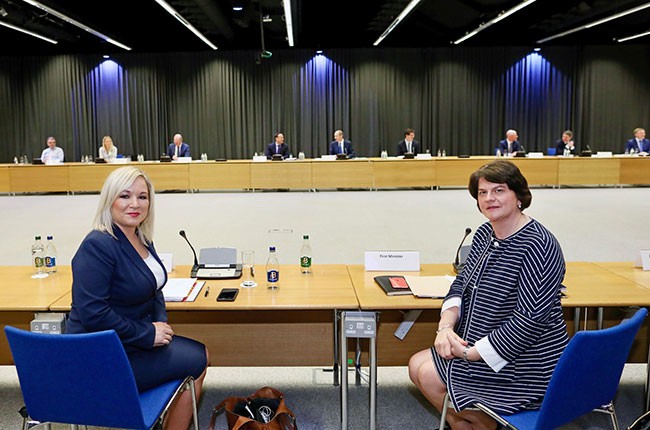 O’Neill’s comments come on the back of recent incidents involving both the UDA and UVF, not least the show of strength by the East Belfast UVF when on February 2 dozens of masked men paraded through the Pitt Park area of the Lower Newtownards Road as they set out to intimidate families in the area.

It is also being reported that the PSNI is to set up a special unit to tackle UDA activity in north counties Antrim and Derry where 14 shootings have been carried out in the past year, including the attempt to kill 61 year old grandmother Sally Cummings who was hit by gunfire in her Coleraine home as UDA gunmen opened fire indiscriminately.

In the latest shooting, on 24 February, a 53 year old man was hospitalised after being shot at a house in the Mosside area of North Antrim in what is believed to an internal UDA dispute.

Just 24 hours earlier a man was shot and seriously injured in a case of mistaken identity, in the Lower Shankill area of Belfast. The intended target is said to be linked to the UDA.

Meanwhile it has emerged that the son of a man beaten to death by loyalists in Coleraine, County Derry has been targeted in a campaign of intimidation by the UDA.

Ryan McDaid, whose father Kevin died after a sustained attack by a loyalist gang in 2009, has been subjected to a campaign of intimidation including the discovery of a pipe bomb on his car at Christmas.

In November last year 36 year old Fleming was blasted with a shotgun at his home in Coleraine and suffered serious injuries.