• The funeral of Seoirse Clancy and Michael O’Callaghan

In March 1921 the City and County of Limerick were under martial law. In the City a strict nightly curfew was enforced by the RIC, the Black & Tans, the Auxiliaries and the British Army. People left their homes at their peril. And for Republicans their homes were not safe, especially on the night of 6th and 7th March when a British murder gang stalked the streets. 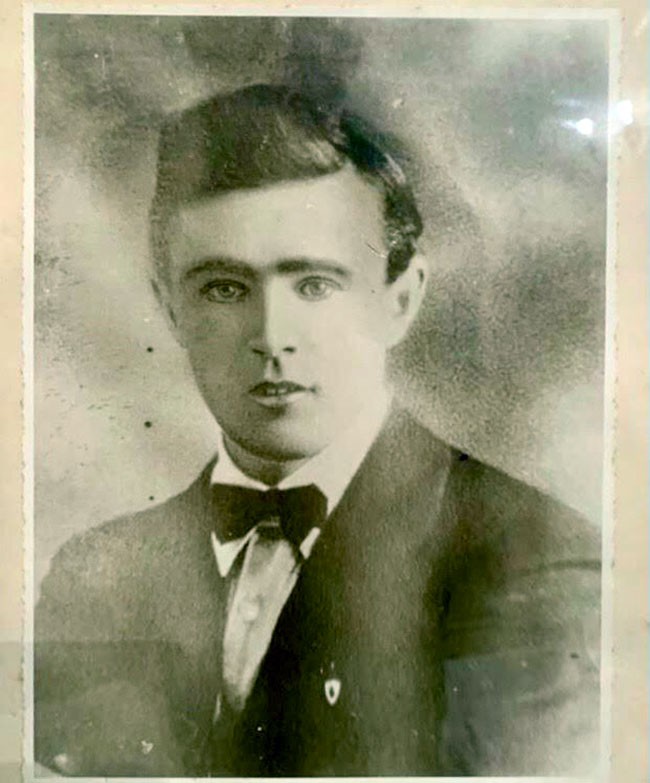 Their first victim was Volunteer Joseph O’Donoghue of the 2nd Battalion of the IRA’s Limerick Brigade. Twenty-six years of age, from Ballinacarrigy, Co. Westmeath, Joseph O’Donoghue was active in the GAA and the Gaelic League. At 11.40pm on 6th March a heavily armed squad of RIC men took Joseph O’Donoghue from his lodgings on the south side of Limerick City. He was found dead the following morning on Janesboro Avenue. 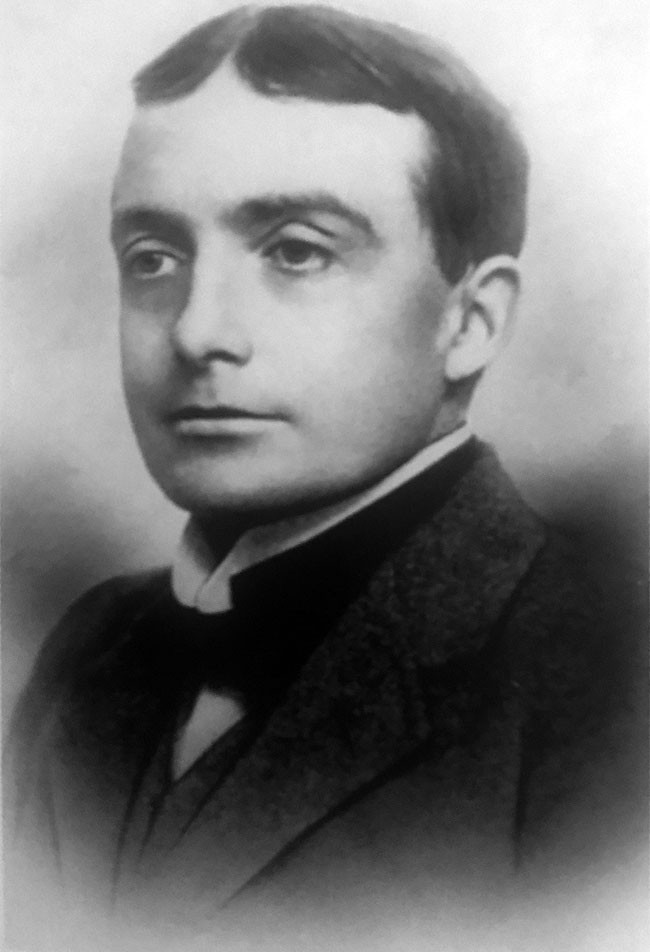 The next night visit by the murder gang was to the home of Michael O’Callaghan, former Mayor of Limerick. In January 1920 he was elected the first Sinn Féin Mayor of the City as the Council pledged its allegiance to Dáil Éireann and the Irish Republic. In March 1920 Mayor O’Callaghan attended the funeral of the Lord Mayor of Cork Tomás Mac Curtáin who was murdered in his home by the RIC after receiving a death threat by letter. When Michael O’Callaghan returned to Limerick the day after the funeral he received a similar letter.  In the months that followed he and his family were subjected to repeated raids on his home and further death threats from the crown forces. Even after his year on office was over he was not safe. 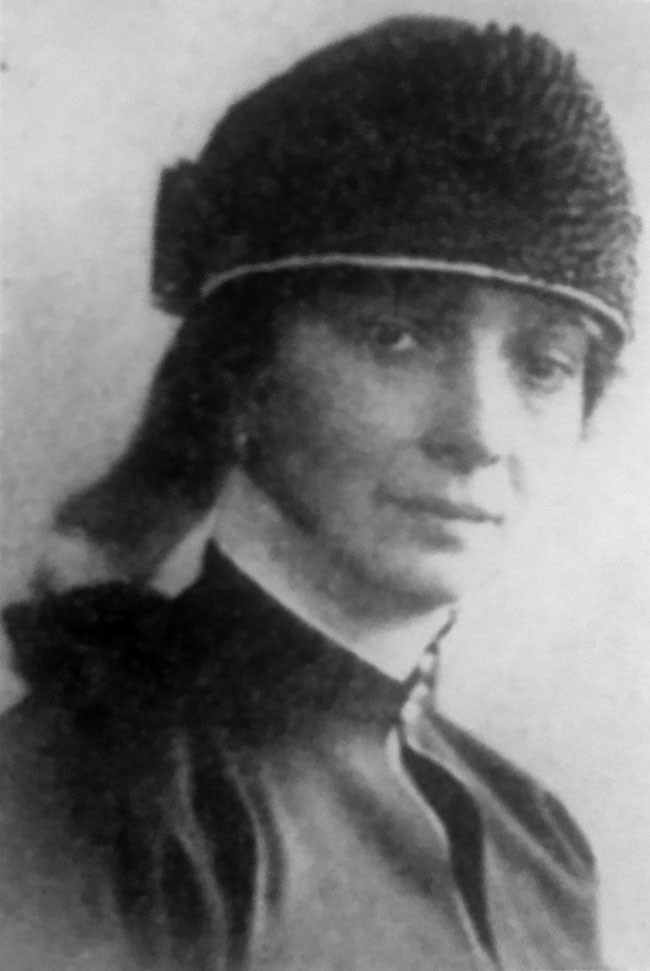 At 1.10am on 7 March 1921 came the final and fatal raid on the O’Callaghan home. Gunmen of the Auxiliary Division, RIC, hammered on the door, pushed past Kathleen O Callaghan and shot her husband dead. Kathleen fought with the gunmen, one of whom she identified. She was later a Sinn Féin TD, one of the Republican women who opposed the Treaty.

At 2.30am the death squad arrived at the home of the Mayor of Limerick Seoirse Clancy, who had succeeded Michael O’Callaghan. Born of a Fenian family, he was a friend of James Joyce in UCD, was taught Irish by PH Pearse, and was a popular Irish language teacher in the city. 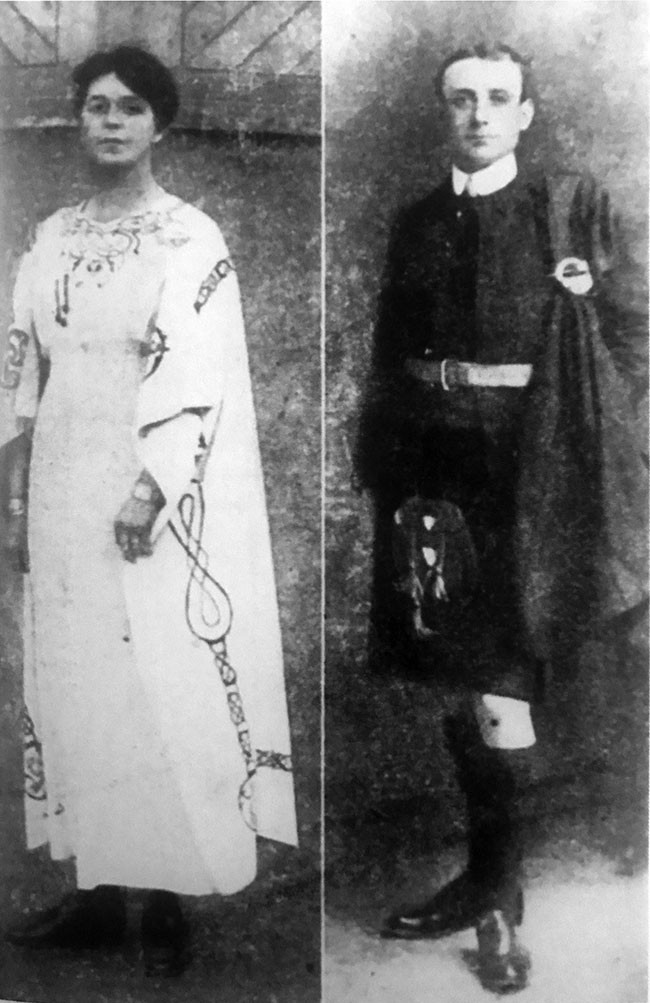 Murdered Mayor of Limerick Seoirse Clancy and his wife Mary

Seoirse Clancy was jailed in 1917 and in Cork Prison he met Tomás Mac Curtáin and Terence Mac Swiney the two successive Lord Mayors of Cork who, like their Limerick comrades, were to die for Irish freedom. Once, when brought before a British court Seoirse Clancy declared:

"Níl meas madra agam ar an gcúirt seo." (“I don’t have a dog’s respect for this court.”)

Seoirse Clancy was elected Mayor of Limerick in January 1921. Like his predecessor he too received death threats and his house was repeatedly raided. He was shot dead in his home in the presence of his wife by heavily armed men, a force of Auxiliaries who fled into the night.

The funerals of the mayor and former mayor saw an outpouring of public grief and solidarity from the people of Limerick and from across Ireland as numerous civic leaders attended.

Frank Crozier, who resigned as head of the Auxilaries in protest at their atrocities, wrote that Seoirse Clancy and Michael O’Callaghan were  murdered by police, acting under orders, as part of a plan to mdo away withd Sinn Féin leaders, and put the blame on Sinn Féin”.

George Nathan, a member of the Auxiliary death squad in Limerick who died in the International Brigade in Spain in 1937

An extraordinary sequel to the Limerick curfew murders is the story of George Nathan. A Londoner who fought in the First World War, Nathan joined the Auxiliaries and arrived in Ireland in the autumn of 1920. He was identified as one of the murderers on the night of 6/7 March. He later joined the International Brigade fighting for the Spanish Republic against Franco. Knowing of his former membership of the Auxiliaries, some Irish members of the Brigade objected to him being placed in a position of command. When confronted, he admitted his role, though to what extent is not certain. It seems that his military skills and apparent commitment to the Spanish Republican cause saved him. He was killed at the Battle of Brunete in July 1937.