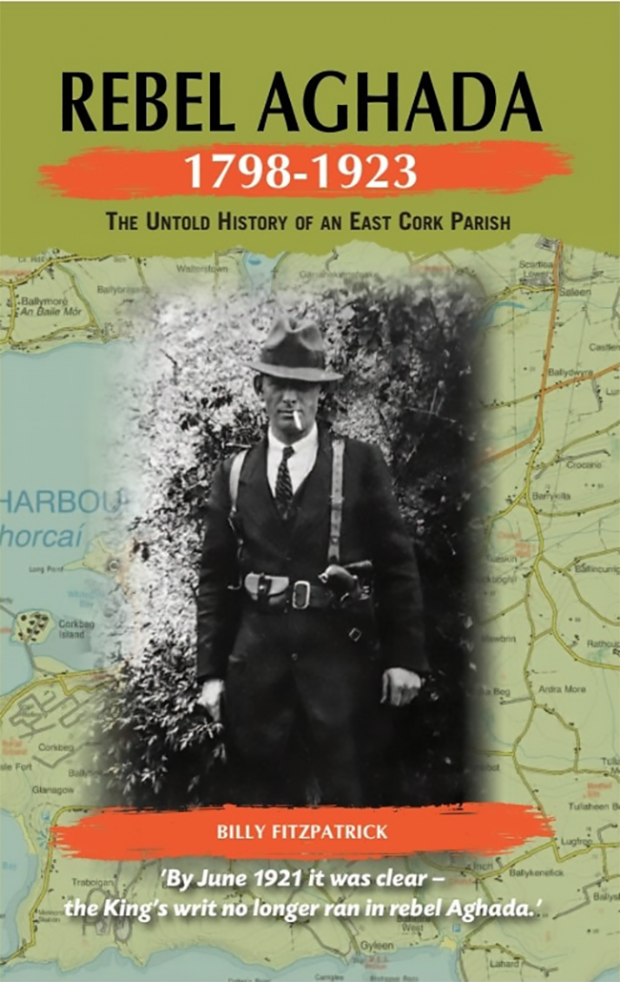 Situated on the eastern shore of Cork Harbour the area covered by this fascinating book includes Aghada village itself, Whitegate, the former Carlisle Fort, one of the ‘Treaty Ports’ sites occupied by the British until 1937, and the country to the east.

The author traces the rebel history of this area from the days of the United Irish movement in the 1790s up to the end of the Civil War. It ranks among the best books that have appeared during the Decade of Centenaries focussing on the revolutionary period 1913-1923 as it was experienced at a local level. It put me in mind of Philip O’Connor’s excellent book on Howth, Sutton and Baldoyle, an area not dissimilar to that covered by this book

Billy Fitzpatrick is is a former president of the Teachers Union of Ireland and a native of Whitegate. His intimate knowledge of the area and the people shines through. He has the advantage of being one of our ‘internal exiles’ - a Corkman living in Dublin for many years. Often distance gives a better perspective.

Local knowledge provides a wealth of sources including interesting artefacts, most notably a British forces’ raiding map’ of houses to be targeted, inadvertently left behind at a raided home. It now graces the pages of this book.

The author tells individual and family stories as well as giving a great overview of the politics and social forces as they were felt locally. Once again we marvel at that ‘golden generation’ of young men and women who fought the British Empire to a standstill in 1916-21 and came heartbreakingly close to achieving full freedom.

I write this review on 20 February, 100 years to the day from the most tragic event chronicled in this book - Clonmult. Twelve IRA Volunteers were killed and two later executed in prison after the East Cork IRA flying column was trapped by British forces. This book is a worthy tribute to those Volunteers and to all who worked and fought for freedom, especially the women, and the author is to be commended for his emphasis on the vital role of Cumann na mBan.

Would-be Black and Tan commemorators can only despair that the living memory of the fight for Irish freedom still inspires people in local communities all across the land.

• This book can be ordered from https://iontaspress.ie/index.html