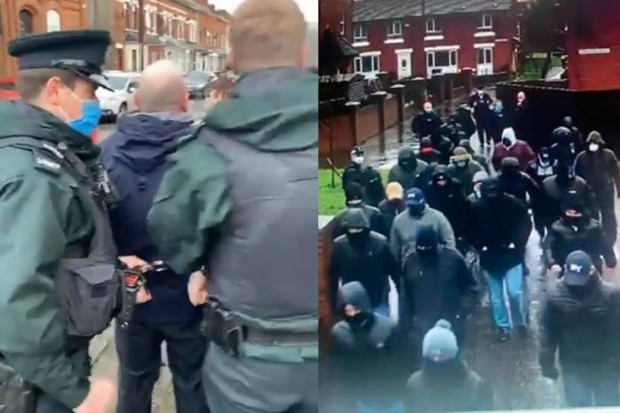 "The PSNI leadership has a lot of convincing to do within this community, that it is serious about transformative policing, and is indeed up to the task"- Declan Kearney

One consequence of the Irish peace process was an acceptance that policing in the north of Ireland had been used as a tool of state repression: To the extent that a process of widespread community consultation was initiated, under the auspices of the Patten Commission, in the aftermath of the Good Friday Agreement (GFA), to make recommendations on future policing arrangements.

There was a recognition that the RUC was a discredited force and could play no role in a post-conflict society.

That was the context which gave rise to the formation of the Police Service of Northern Ireland (PSNI) in 2001.

The PSNI was intended to herald a 'new beginning to policing' envisaged by the Patten recommendations.

From 2001 until 2006 Sinn Féin continued to negotiate on policing and justice issues to maximise the development of structures and processes which would entrench the democratic accountability of the new, emergent institutions, and particularly once policing and justice powers were transferred from Westminster.

Our party position was clearly set out in the special Ard Fheis motion of 2007, which approved critical engagement with the new policing and justice arrangements; which stated:

"This Ard Fheis supports civic policing through a police service which is representative of the community it serves, free from partisan political control and is democratically accountable.

“We support fair, impartial and effective delivery of the rule of law.” 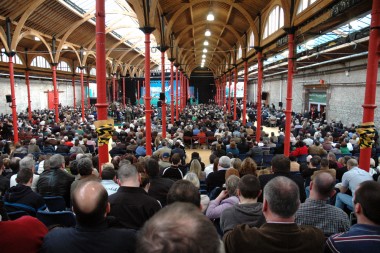 Ever since then, I and other Sinn Féin representatives have honoured that mandate completely, and encouraged support for policing across society. We have also criticised and challenged when necessary to address problems, and secure further reform and improvements.

Our engagement with the PSNI and the police accountability mechanisms, such as the Policing Board, has been consistent and constructive. But it has also been conditional, on the actual delivery of democratically accountable policing within the community.

Providing progressive political leadership on policing within the republican and nationalist constituency has at times been very challenging, particularly in the context of dealing with the past; the legacy of collusion between state agencies and unionist death squads; and, the active shadow cast by ‘dark side' elements over present day policing.

The past does not only frustrate the progress of democratic politics in the north, it also poisons policing itself. 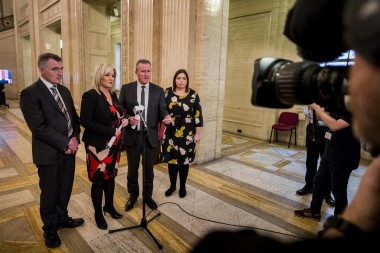 Some have clearly made an assumption that Sinn Féin's leadership can be taken granted. That's a mistake.

Our party asked many to suspend their understandable suspicion and scepticism of policing and look to the bigger picture.

We accepted that policing in the north would be a process of sustained and ongoing reform.

Some officers transitioned from the old RUC into the PSNI. That had initial implications for the organisational culture and psychology of the new service.

The PSNI has never been monolithic. There has been a continuous tension between those committed to genuine transformation and others who are not, at all levels of the organisation.

Twenty two years on from the GFA and up until the present, there are still powerful interests within the British security and intelligence establishment which remain politically and psychologically at war with the Sinn Féin leadership. They have never reconciled themselves to the new realities of the peace process.

They continue to exert a toxic influence over policing in this society, and are the blockage to properly dealing with the past.

There have been too many occasions when intentionally unhelpful public, and political interventions have been made by senior PSNI officers. 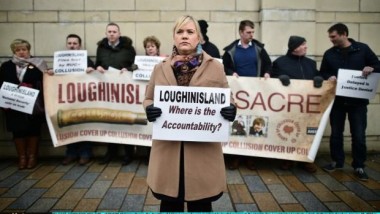 The litmus tests are clear - delivery of policing which is free from partisan political control and democratically accountable; a service which is representative of the community which it serves, and enjoys community confidence.

Yet 19 years after the formation of the PSNI, the cumulative evidence demonstrates that this threshold has not been achieved.

Some in the PSNI have been directly implicated in the subversion of investigations into state collusion and handling of agents in active death squads; and more.

The infamous and outrageous PSNI arrest and prosecution of investigative journalists Barry Mc Caffrey and Trevor Birney, (who uncovered the extent of RUC collusion in the 1994 Loughinisland massacre), instead of focussing resources on bringing the death squad and their state handlers to justice, is the most recent example of that. 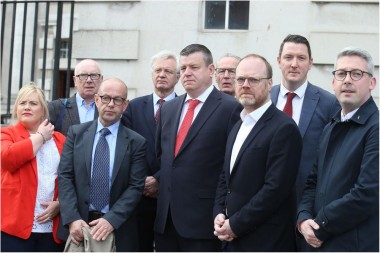 Light touch approaches by the PSNI to sectarian hate crime and intimidation, in Belfast and elsewhere, including my own South Antrim constituency, sit in direct contrast to an endemic pattern of heavy handed and differential policing in Derry city.

The PSNI has consistently taken a hands-off attitude to the ongoing existence of unionist paramilitary groups and figures, who act with impunity in plain sight.

The PSNI's credibility in this matter is now so deeply compromised that many people believe its approach has effectively normalised the position of unionist paramilitary terrorists in this society.

This fact was brought sharply into focus last Tuesday when the PSNI stood back and failed to act as dozens of masked members of the UVF terror and crime gang in East Belfast carried out wanton community intimidation.

Then three days later on the Ormeau Road in South Belfast, PSNI officers arrested Mark Sykes at the scene of his attempted murder, by another state-sponsored death squad 29 years previously, after he laid flowers to mark the killing of five friends in the same incident and called for the publication of a much-delayed Police Ombudsman’s report into the killings. 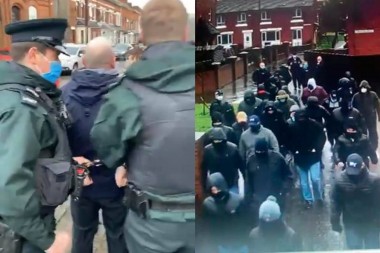 The repercussions of the PSNI's conduct on the Ormeau Road are huge and far reaching.

It has caused a massive set back for community confidence in the PSNI.

Into the foreseeable future, it will have consequences for ensuring the PSNI becomes more fully representative of the community it is meant to serve.

The PSNI Chief Constable has now apologised. His intervention completely missed the point.

There have also been questions as to whether he should resign. That issue is also a diversion.

The deepening crisis of confidence in the PSNI and widespread anger about the continuous pattern of bad and differential policing now raise fundamental questions for the entire senior leadership team of the PSNI, not just its Chief Constable. And, this extends to the PSNI institutional culture, human rights ethos, organisational training, adherence to the principles of the GFA, and commitment to the vision of our peace process. 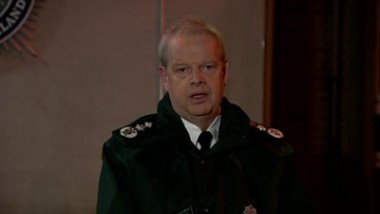 Each successive PSNI Chief Constable, and their various senior leadership teams, have consistently failed to internalise the priorities and requirements of policing in our society as it continues to emerge from conflict. To do so, means leading and directing an organisational culture which can provide agency for change.

Individual, enlightened, change champions in themselves are not enough. The PSNI has to address itself to critical, systemic issues regarding its policing role in the north.

For 80 years the RUC was a pillar of the exclusionary, apartheid system, which was the northern state.

The formation of the PSNI was meant to be a break with that past, and the lived reality of repression for so many in the north of Ireland.

It was meant to become a new transformational institution in the north, synonymous with a new beginning to policing.

Last week's events have been another harsh reminder of how much more needs to be done to bring that about.

The PSNI leadership has a lot of convincing to do within this community, that it is serious about transformative policing, and is indeed up to the task.