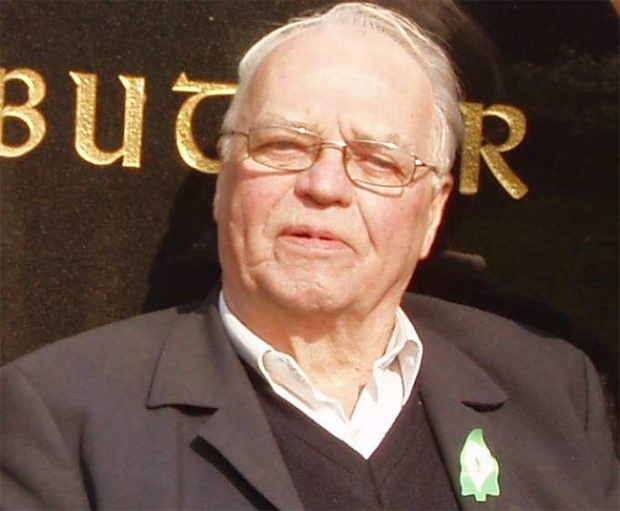 There was widespread sadness in South Leitrim and beyond at the death of Vincent Kenny, Corduff, Aghavas. Vincie was a stalwart for Sinn Féin. He came from a Republican background and previous generations of Kennys had been active in the 1920’s in the Tan War and Civil War, Tom Kenny and John Kenny. One was a Sinn Féin Rural District Councillor and the other was interned in the Civil War.

Vincie had reached the age of 88 but in the last six months his health began to fail and he died in Sligo General Hospital on Friday 22nd January. He leaves behind his beloved wife Gerty, daughter Róisín, sons Martin, Tony, Vinnie and Peadar and grandchildren.

During his life he had worked at farming, cutting turf, baling and doing garage work. He was an affable man, always cheerful and positive. Many a comment was heard over the weekend that ‘Vincie Kenny was a decent man.’

Vincie was in his time closely identified with John Joe McGirl, worked for him in many elections and was John Joe’s election agent on a number of occasions. I first met Vincie during the Joe McDonnell H Block election campaign in June 1981, and after I settled in Leitrim in 1990 I often canvassed with Vincie in Aghavas and Carrigallen for Liam McGirl and later on for Vincie’s son Martin.

Vincie was of course proud of all his children but I think he was exceptionally proud when Martin became a councillor and subsequently when he was elected T.D. for Sligo/Leitrim, nearly 60 years after John Joe McGirl won the seat in 1957.

During the 30 years of struggle when our people in the North had their backs to the wall Vincie Kenny and his family were solid in their support and today there are many Republicans throughout Ireland who mourn his passing because they know and appreciate the help he gave them and the risks that were taken.

But Vincie also knew when it was time for peace and he enthusiastically supported the building of the Peace Process and understood well that the way forward now was through electoral strategy. And this has borne fruit in our time with Sinn Féin emerging as the largest party on the island. Vincie Kenny in his lifetime believed in the values  of freedom, justice, equality and tolerance.

He believed in the dream of a United Ireland, not just in a united piece of land but all Ireland’s people united together in a citizenship of equality and fairness, where people regardless of religion or colour or background could live in peace, in freedom and aim for prosperity and that it didn’t matter  what background you  came from but rather it mattered  more the values you held and the principles of fairness one lived by. Vincie believed in the Republican dream and though he has passed on and we say Slán to him as he goes ar Slí na Fírinne we know the dream lives on.