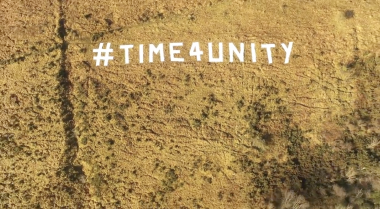 The most obvious lesson from Brexit is that Ireland north or south can no longer be a hostage to the whims of Westminster. It is a truth known to generations of republicans. It is a lesson learned by every generation of Unionist leadership.  It is a fact yet to be acknowledged by the Irish government establishment.

Successive Irish governments, since Seán Lemass, set the relationship with Britain as priority. The rights of Irish citizens would be secondary to the needs of a 26-county economy beholden to Britain. Britain had the measure of Dublin.

In 1959 when the Orange State was in full bloom, Lemass made clear that the objective was to normalise relations with Britain and the North.

Ten years later the North would collapse under the weight of its own repression and discrimination.

This Irish government priority withstood years of conflict. The Irish State went to extreme lengths to cover up the actions of British agents who crossed the border to bomb and kill. We now see the failure to investigate these actions laid bare time after time, from Seamus Ludlow, the Dublin and Monaghan bombings, the Dundalk bombings and recently Belturbet. No British action would be challenged by Dublin.

In the 1980s Margaret Thatcher was able to publicly dismiss the Taoiseach and options of the New Ireland Forum with a curt, “Out, Out, Out”. When she believed it was in British self-interest she signed the Anglo-Irish agreement over the head of unionists.

Successive Irish governments held to the delusion that they were equals in the eyes of the British government. A view not shared in London. The colonial power does not see a former colony as an equal. This is not just an Irish/British issue. It is true across all post-colonial relationships. As is the development of an establishment that mirrors and seeks the approval of colonisers.

Since Brexit, there has been a shock and disbelief within some sections of the Irish establishment that Britain would treat them so shabbily. A bitter realisation that despite all the plámás, they were disposable in the Brexit game. A Paddy is a Paddy and a Mary is a Mary in the eyes of the Little Englanders in the British government.

Two factors have been constant for British governments.

As Palmerston said, “We have no eternal allies, and we have no perpetual enemies. Our interests are eternal and perpetual, and those interests it is our duty to follow.”

And the related concept of 'Perfidious Albion’: Britain is not bound by any agreement.

The self-interest of the political class drives British politics.  During the 1990s the US and Ireland had to convince the British government that the peace process was in its interest. A process that John Major stalled when he was dependent on Unionist votes.

Self Interest of the political class remains the driver of British government policy in Ireland. Concerns for Ireland and unionists are transitory as is adherence to the principles of truth and justice. They are not bound by any agreement.

This time last year the British government committed to legislate, within 100 days for the Stormont House Agreement. An agreement signed by both governments and all parties in December 2014.

By March the British government attempted to walk away from their commitment  to legislate and since then have sought to bin completely the Stormont House Agreement. This was Perfidious Albion acting in its own interests without consultation or concern to the views of the signatories of the agreements including the Irish government.

Brexit has again demonstrated that this approach is not only restricted to Ireland. They signed into law in January the Withdrawal Agreement and Irish Protocol and by September made a virtue out of breaking that agreement.

Left without the possibility of a trade deal with the USA or Europe, external pressure led to them returning to honor the agreement.

There was a huge relief that a trade deal was agreed upon and a commitment from the British government to implement the Withdrawal Agreement and Irish Protocol.

But Brexit is not resolved. It is not a one-off event. Its outworking and impact have yet to be fully felt. Currently, 150,000 HGV use Britain as a land bridge. We could be looking at years of trade disputes and border closures. Trade between the North and Britain is a work in progress and other issues such as services, rights, and all-Ireland working remain outstanding.

Britain accounts for 10% of exports from Dublin which are disproportionately in agriculture.

Brexit has fundamentally changed the relationship between the island of Ireland and Britain.

So what for the future? It is worrying to witness Irish government ministers and commentators talk of the need to rebuild the relationship with Britain as the primary objective post Brexit.

Have they learned nothing? The primary objective should be the interests of our island's economy, people and agreements. We should not be hostage to any British government. Irish Unity and breaking economic dependence on Britain is in the national strategic interest of all of Ireland.

The greatest threat in Brexit came from the re-imposition of a hard border. The only way in which that threat can be removed permanently is to permanently remove the border.

Brexit and the peace process has demonstrated that we need to build a new relationship with Britain. The old ways are over and done. A new relationship with post-Brexit Britain; one of independent sovereign nations, neighbours with a contested history and shared responsibility for reconciliation. Interlinked families, citizens and common travel.

Irish unity is no longer an aspiration; it is achievable.

It is no longer a fanciful option; it is the strategic interest of all Ireland.