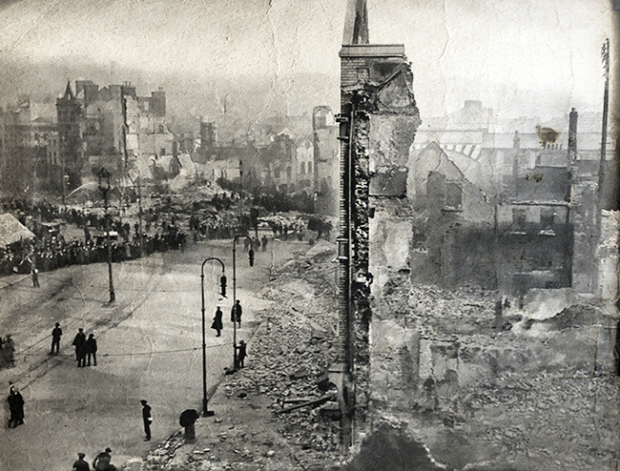 The Auxiliaries went on a concerted rampage in Cork City centre on 11 December 1920. They burned down shops and other business premises and specifically targeted the City Hall and library. Fire Brigade hoses were cut with bayonets to ensure that the destruction was complete. They caused millions of pounds worth of damage and severely impacted the economy of the city. 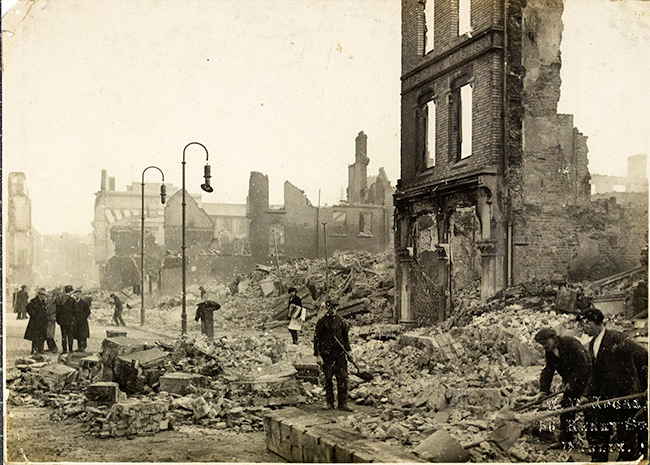 These and other attacks are often portrayed as reprisals in response to IRA attacks. Such attacks were frequently used as the excuse but the reality was that the entire British crown forces’ campaign as directed by the British government was essentially a political and military reaction to the expressed will of the vast majority of the Irish people for an Irish Republic. It was a violent response to the votes of the people in three elections that gave Sinn Féin a huge mandate - the December 1918 General Election, the urban local elections of January 1920 and the County Council elections of June 1920. 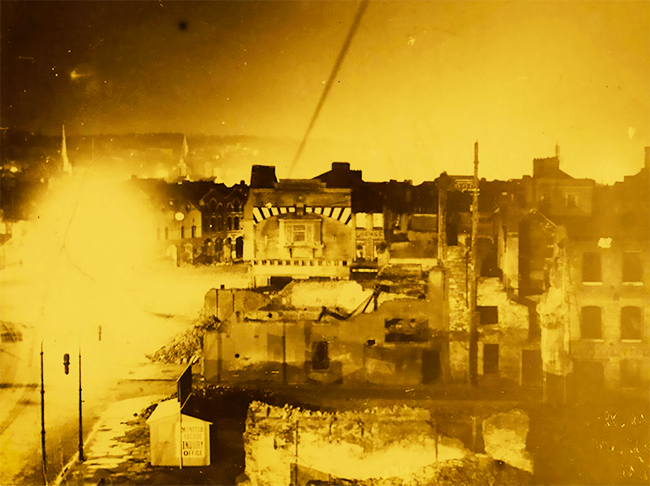 Cork City had lost two Republican Lord Mayors in 1920 - Tomás Mac Curtáin murdered in his home by the RIC in March and Terence MacSwiney, arrested at his work in City Hall and taken to jail in England where in October he died on hunger strike protest against his unlawful imprisonment. The burning of City Hall was the culmination of the British attack on democracy in Cork City.

British terror was answered by the IRA. It was also answered by Sinn Féin in democratic fora, with Councils pledging allegiance to Dáil Éireann and the Irish Republic. The most prominent examples were the cities of Dublin and Cork. 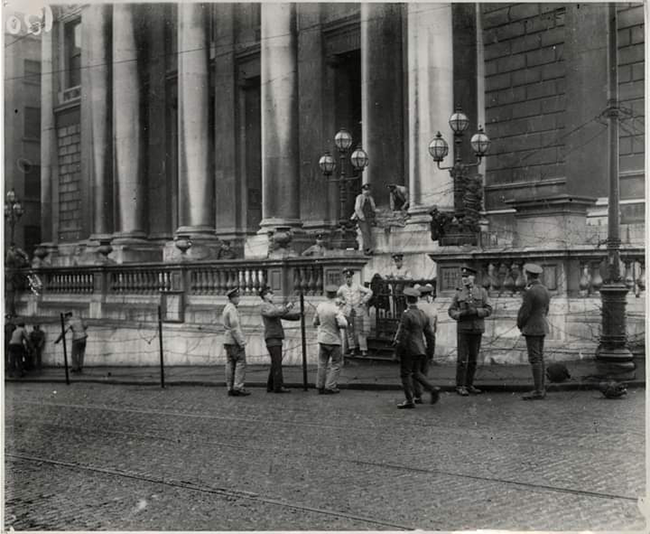 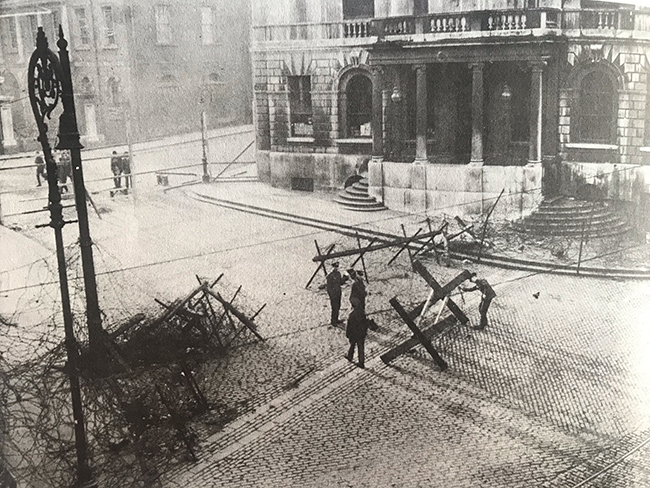 Pledging allegiance to the Dáil involved cutting links with the British Local Government Board. This Board tried to punish Councils for doing so, leading to conflict between civil servants and elected representatives. This came to a head in Dublin when an attempt was made by the Board to seize the city account books. On 6 October 1920 crown forces raided a meeting of the City Council, arresting six councillors, including Kathleen Clarke.

Then on 20 December 1920 the British forces expelled the City Council from City Hall and seized it and other civic buildings. City Hall was surrounded by barbed wire barricades and occupied by the British Army who hauled down the Tricolour from the roof of the building. It was highly significant that City Hall was right next to Dublin Castle, the nerve centre of the British terror regime.

In Ulster the Councils of Derry City, Fermanagh and Tyrone had also pledged allegiance to the Dáil. There the attack on democracy came in the form of Partition which was legislated for in the Government of Ireland Act, the passing of which would bring 1920 to an ominous close.