Horrific murder of Loughnane brothers by the Auxiliaries 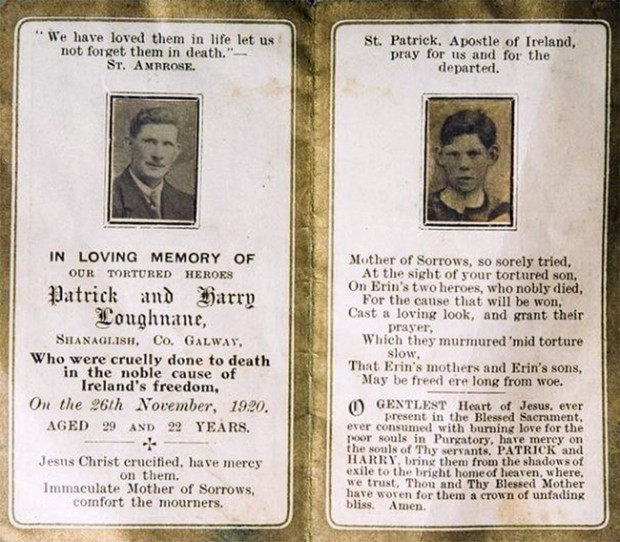 One of the most shocking incidents of British terror in Ireland occurred 100 years ago when the Loughnane brothers, Pat and Harry, were kidnapped and brutally tortured by the Auxiliaries.

Pat Loughnane was a local IRA leader and Sinn Féin secretary and was active in the GAA. His younger brother was president of the local Sinn Féin club and goalkeeper with Beagh hurling club. Both men were held in the highest regard in South Galway. 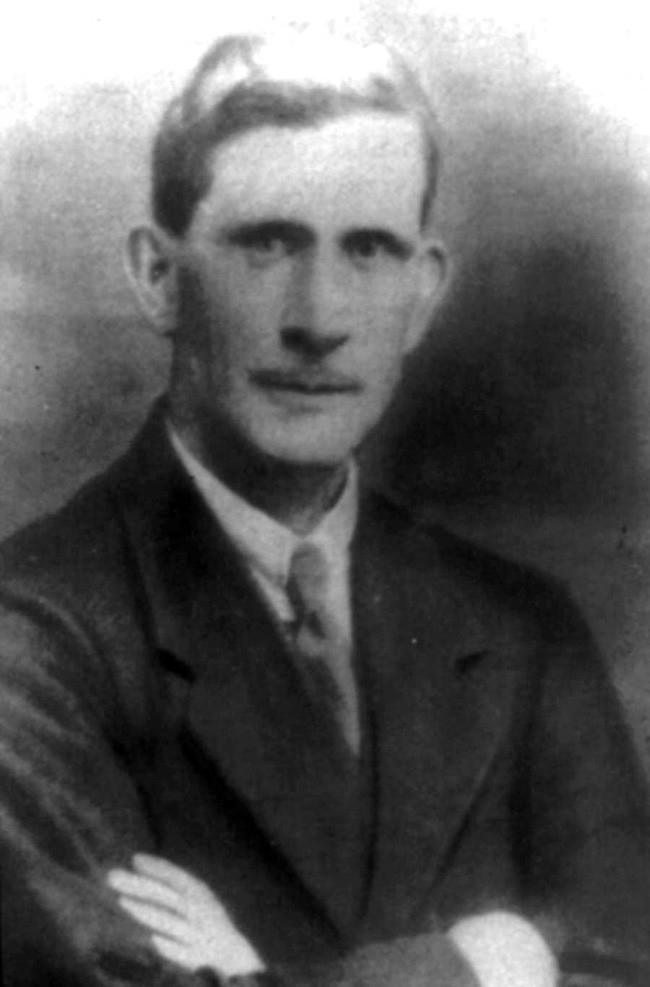 On Friday 26 November 1920, while threshing their mother’s corn on the farm in Shanaglish, the brothers were arrested by the Auxiliaries. More than a week was to pass before the bodies would be recovered and in the intervening period the two men were subjected to incredible barbarity.

Witnesses, including others arrested at the same time, told how the men were beaten for several hours in Gort RIC barracks. From there the two men were tied to the tailgate of a lorry, bound to each other, and dragged along the country roads to Drumharsna Castle, headquarters of the Black and Tans. Their bodies broken, they were still alive but subjected to further assaults. At 11pm on 26 November, the day of their arrest, Pat and Harry were taken from the castle to Moy O’Hynes Wood, to the spot just off the public road which is now marked by a cross to their memory. Four shots were heard. The following morning the bodies were seen there and the information that Harry was still alive and moaning has always been considered reliable. 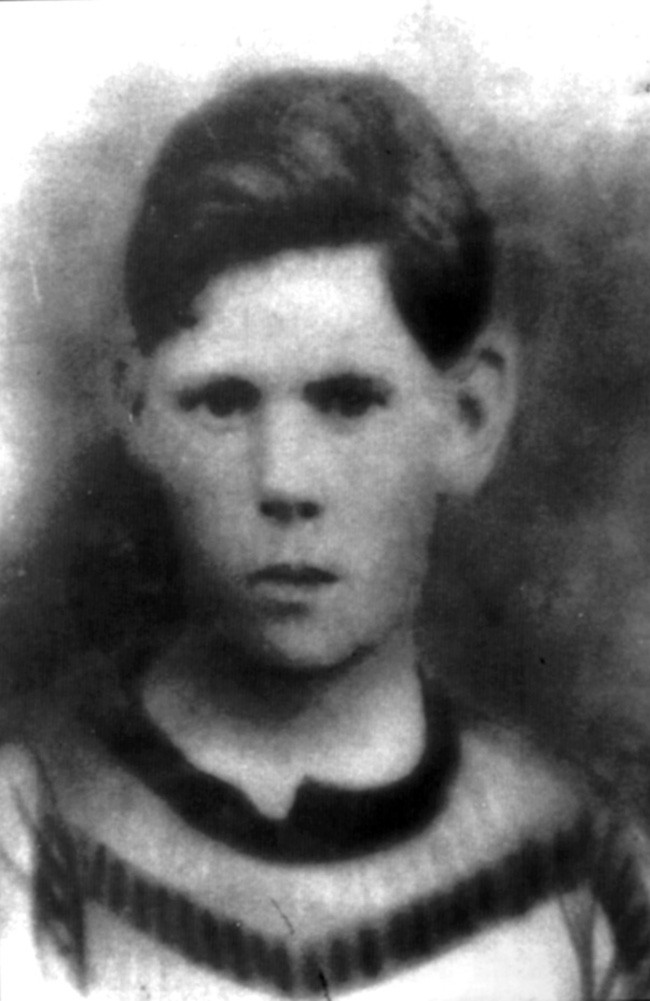 On Sunday morning, the Auxiliaries came to the wood and took the bodies to Umbriste, about two miles nearer to Ardrahan. There they set fire to them. It appears that since they didn’t burn to their satisfaction they hurriedly tried to bury the remains, but on account of the rocky surface of the earth, they failed in that attempt also, and so they threw them into a muddy pond. To make the discovery more difficult, they threw dirty oil on the water.

On the following Monday night, 29 November, a party of Auxiliaries from Drumharsna called on Mrs. Loughnane to say that her sons had escaped from them. It was a frightening piece of news to receive and all their friends became anxious about their fate. Their sister Nora came home to make a search for the bodies. It was ten days later that the bodies were found and a funeral arranged.

A local doctor examined the remains carefully. They were badly burnt and what appeared to be the letters `I.V.’ were cut in the charred flesh in several places. Two of Harry’s fingers were missing and his right arm, broken completely across at the shoulder, was hanging off. Both Pat’s wrists and legs were broken. The doctor noted that it looked to him that hand grenades had been put in their mouths and exploded.

Despite a heavy Black and Tan presence in the area, Volunteer officers held an inquest and the verdict was inscribed on the breast plates of the coffins:

in aois a trí mbliadhain is fiche.

in aois a naoi mbliadhain is fiche.

The story of the torture and mutilation inflicted on these two brothers was almost incredible but it could not easily be dismissed by the British regime and its apologists. Their bodies were photographed by Tomás O hEighin and to this day the photographs are distressing to see but they reveal the truth of what was done to the Loughnane brothers. 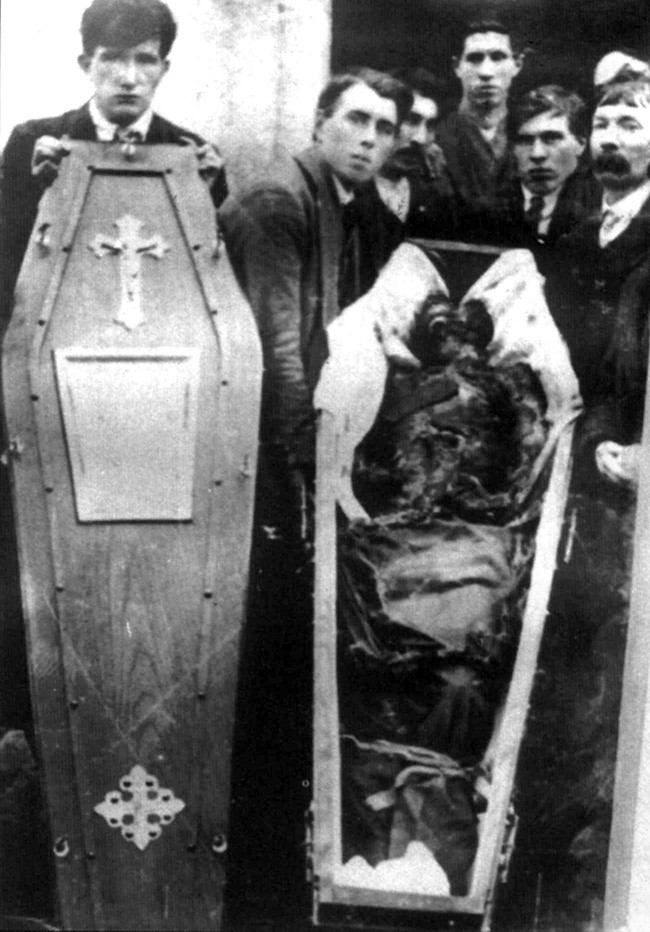 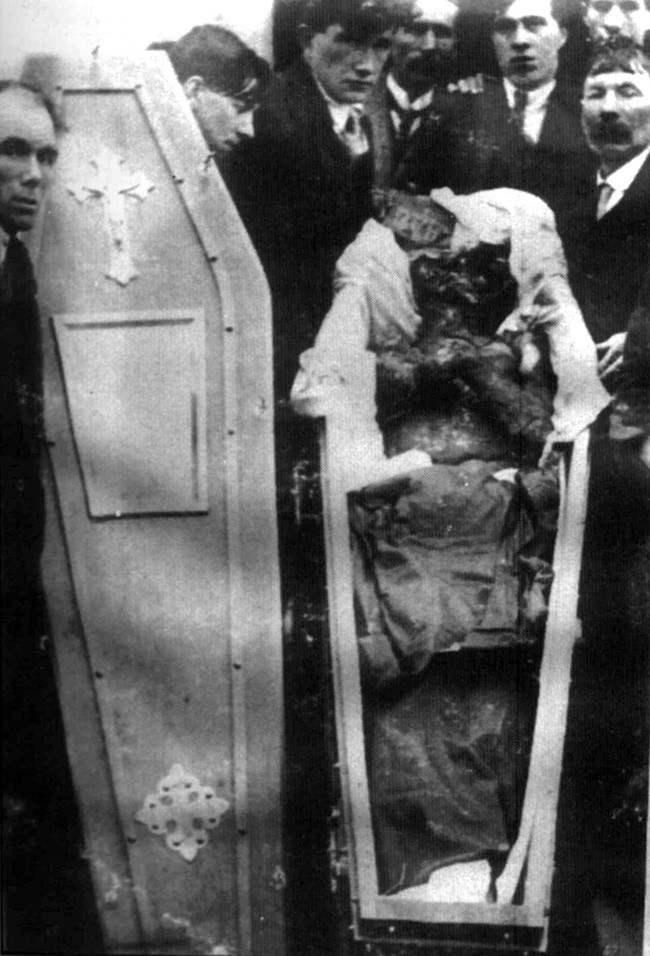 At two o’clock in the afternoon of 7 December, the two coffins were taken to the cemetery and laid side by side. As soon as the last sods had been placed in position six local Volunteers stepped forward and fired three volleys. By paying that final tribute, the local Volunteers told the crown forces that England’s bloodiest efforts would only strengthen resistance.

For a century the Republicans of South Galway have kept alive the memory of Pat and Harry Loughnane. They are buried in the Republican Plot in Shanaglish. At Moy O’Hynes Wood is a memorial unveiled by IRA Chief of Staff Seán Russell in the 1930s.

The names of the Loughnane brothers were listed in the Dáil’s Irish Bulletin of 7 December 1920 among 17 men assassinated by British crown forces beginning with Dick McKee, Peadar Clancy and Conor Clune on 21 November. One of those listed was another Galway man, Joseph Howley (25), an IRA volunteer. He was shot as he left Broadstone Railway Station in Dublin and left dying on the street. A British armoured car crew refused to let an ambulance take Hynes to hospital and he was taken instead to Dublin Castle. In the cases of Hynes, the three murdered in the Castle on Bloody Sunday and the Loughnane brothers, the British trotted out the ‘official’ versions that they were shot trying to escape, tales that by December 1920 had not shred of credibility left.