Remembering the Past: Centenary of Bloody Sunday – Part 1 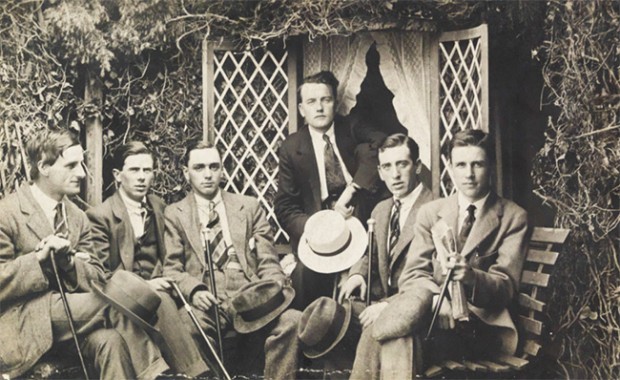 Members of the IRA ‘Squad’

The events of Bloody Sunday 1920 began with the IRA striking a major blow in the intelligence war which had raged and intensified between them and the British regime in Dublin Castle since 1916. But this war had deeper roots in the past.

G Division of the Dublin Metropolitan Police was a force of armed plain-clothes detectives established as early as 1842 and active against all movements for Irish independence in the capital. Through observation and interception of known suspects, the gathering of intelligence and the maintenance of a network of spies and informers, the G-men were used by the British regime in Dublin Castle to thwart the Irish Republican Brotherhood, the Irish National Invincibles, the Land League and the Parnellite movement.

After the surrender of Easter Week 1916, it was G-men who picked out leaders among the Republican prisoners in Richmond Barracks, including Seán Mac Diarmada, ensuring his execution. As the Republican Movement was rebuilt and grew the G-men continued their work. By 1919 Michael Collins, as IRA Director of Intelligence, saw G Division as the principal enemy in Dublin. The detectives were warned by the IRA to either desist from their tracking and targeting of Republicans or to face execution. Some resigned but others persisted and through late 1919 and early 1920 six officers of G Division were executed by the IRA. One of the executed was Daniel Hoey who had identified Seán Mac Diarmada in Richmond Barracks.

The executions were carried out by a special unit under Collins known as ‘The Squad’ and later ‘The Twelve Apostles’. These were tasked with carrying out the actual shootings while intelligence officers of IRA GHQ and the Dublin Brigade under Dick McKee gathered intelligence and identified targets.

With G Division rendered ineffective, the British regime tried to reorganise their counter-intelligence efforts. Colonel Ormonde Winter, a monacled specimen of the officer class, was imported from England to shake things up. However, the British were hampered by three major factors. There was a lack of co-ordination between the intelligence sections of the various crown forces; they had been infiltrated by the IRA; and, most importantly, the IRA had widespread public support which assisted it in many ways and made it almost impossible for the British officers to successfully operate undercover.

That said, by the autumn of 1920 the IRA was concerned by a number of incidents that indicated a British counter-offensive. John Lynch of Kilmallock, County Limerick, a Dáil Loan organiser, was murdered in the Exchange Hotel near Dublin Castle, by crown forces in September. In October Tipperary IRA fighters Seán Treacy and Dan Breen were tracked to Drumcondra and, while they shot their way out, Treacy was later killed in Talbot Street. The net seemed to be getting closer to Collins when three men were arrested in October. The British were unsure of their identity and released them but, had they only known, in Frank Thornton, Liam Tobin and Tom Cullen, they had three of Collins’s top intelligence officers.

If Collins had his Squad, Ormonde Winter had his ‘Cairo Gang’ of intelligence officers, so-called because of their experience in Imperial outposts in the Middle East. They operated around the city where they stayed in various houses and hotels and tried to combat the IRA using spies and touts. But the IRA was several steps ahead of them. Inside the DMP intelligence department Dave Nelligan and Eamonn Broy were working for Collins. There were others in the RIC and DMP assisting the IRA, while civilian workers, mainly women, in Dublin Castle and in the various lodgings of the Cairo Gang, were also passing on vital information.

The IRA concluded that it must strike decisively before the Cairo Gang did so. A list of the British officers and a report on each one was compiled. This was presented to a joint committee of the IRA Army Council and the Dáil Cabinet by Frank Thornton. Defence Minister Cathal Brugha examined the reports meticulously and removed 15 names for lack of sufficient evidence. Then the Squad, and as back-up, scores of Volunteers, Cumann na mBan women and Fianna Éireann scouts, were mobilised for Sunday morning 21 November to strike the blow. 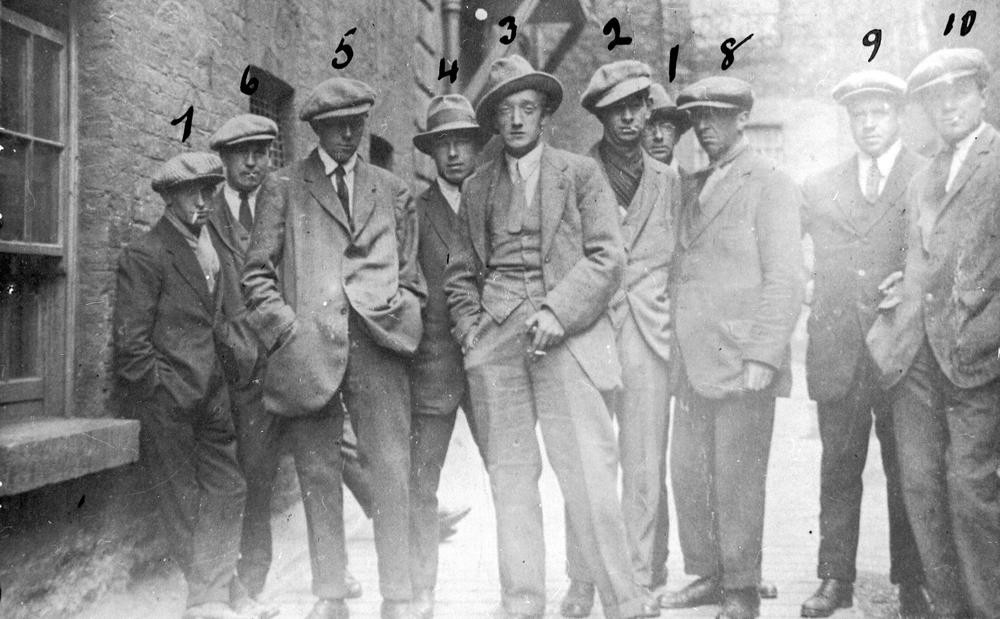 The Squad set out for eight addresses, seven in prosperous areas of the southside of the city and one, the Gresham Hotel, on the northside. 15 men were killed at these locations – 11 intelligence officers, two Auxiliaries, and two civilians. At 38 Upper Mount Street Lieutenant Peter Ashmunt Ames and Captain George Bennet were shot; both were leaders of the Cairo Gang. At 119 Baggott Street a three-man IRA unit shot Captain George Baggally who was a member of the British Army General Staff at Dublin Castle; one of the three Volunteers was Seán Lemass, future Fianna Fáil Taoiseach. (Mícheál Martin please note!)

The execution of the British officers on 21 November 1920 dealt a huge blow to the British war machine in Ireland, striking at its very heart. In the days that followed there was a stream of traffic into Dublin Castle as British officers and informers sought refuge from the IRA and from the risen people.