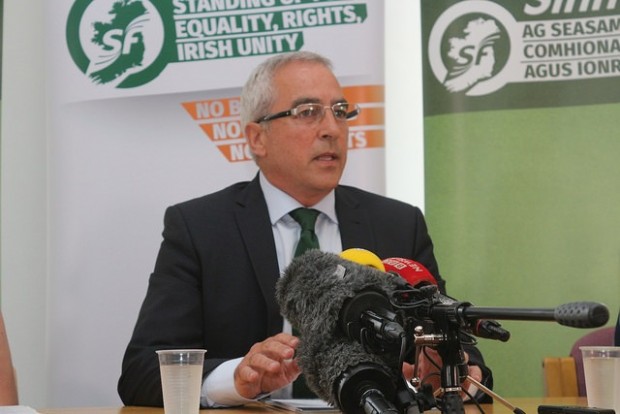 "We can avoid a cycle of lockdowns by keeping the spread of the virus down." - Pat Sheehan

The World Health Organisation (WHO) recognises that lockdowns can slow COVID19 transmission but that such measures “can have a profound negative impact on individuals, communities, and societies by bringing social and economic life to a near stop”.

While they have been necessary as an immediate response to the dangerously high transmission of the virus they are not without harm to the, physical, mental or economic wellbeing of our society.

Sinn Féin are clear; we need to avoid a cycle of lockdowns.

The only responsible way to do that while protecting public health and saving lives is to suppress COVID-19 and keep the spread of the virus as low as possible.

Unfortunately, we witnessed the opposite of responsible decision making last week when the DUP used the cross-community vote to reject the public health advice, and block the will of the majority of the Executive. This was despite real concerns expressed by the Chief Medical Officer that failure to extend restrictions would lead to excess deaths.

We know from experience elsewhere that strategies involving effective and aggressive measures to find, test and trace the virus, can be successful.

This has been the approach advocated by the WHO and the European Centre for Disease Prevention and Control (ECDC) for the best part of a year.

But to date the Department of Health have not invested sufficiently in developing such a strategy and it hasn’t used the breathing space created by lockdowns to improve capacity to tackle COVID-19 head on. 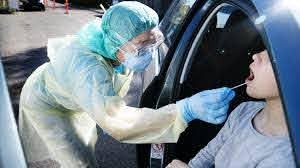 Currently in the North you can only get tested if you have symptoms of Covid-19, or have been in close contact with someone who has tested positive.  Yet we know that 60% of people who contract the virus show no symptoms whatsoever. Clearly, this is the most dangerous cohort which spreads the virus without even realising it.

Rapid, mass testing of the population is vital in order to find those cases of the virus that would otherwise be spread unwittingly.

Michelle O'Neill has already spoken to the Mayor of Liverpool, Joe Anderson, to discuss the pilot mass testing system in place there and has pressed Brandon Lewis on the need for a similar initiative in the north.

As a priority, testing should focus on health and social care workers, care homes, meat plants, universities and other places where we know the virus thrives and where clusters occur regularly.

When the virus is found there is a need to quickly trace – or contact trace – those who have been in contact with positive cases.

If those who have tested positive for the virus can be isolated, along with their close contacts, we can reduce the spread of the virus.

Contact tracing is essential. Despite the efforts of contact tracers themselves to date it has been under resourced.

Some weeks ago we were seeing nearly 1,000 new cases a day in the north, yet there were only the equivalent of 88 full-time contact tracers.  The ECDC tell us that each positive case will throw up between 7 and 20 contacts.  How could 88 people possibly get close to tracing between 7,000 to 20,000 contacts daily? It is just not possible.

The Dept of Health need to significantly increase the contact tracing capacity in the north if we are serious about suppressing the virus and avoiding further lockdown.

A further complicating factor has been a lack commitment from both health ministers on this island to combine efforts in tackling COVID-19 on a consistent basis.

The outworking of this disjointed approach north and south, particularly with regards to contact tracing, has been particularly high rates of the virus in border counties.

We also have absurd examples where information is not being shared, or where restrictions on people travelling on to the same island are being applied differently in ports and airports in one part of the country compared to another.

This undermines the effectiveness of the pandemic response on the whole island.

The public have been asked to adhere to the regulations and the guidance, maintain social distancing, practice good hand hygiene and where appropriate wear a face covering. Perhaps one of the most important responsibilities is to self-isolate if you have symptoms, test positive or come into contact with a positive case.

But people shouldn’t be forced to choose between self-isolating or paying the electricity bill and having food in the fridge. There is no doubt that COVID-19 has disproportionately impacted the vulnerable, including working families and low income earners.

We need to support people to self-isolate.

That’s why the move by Sinn Féin Minister for Communities Carál Ní Chuilín to enhance the existing Covid-19 self-isolation grant is so important.

That’s why the release of millions of pounds by Finance Minister Conor Murphy through the Localised Restrictions Support Scheme for struggling businesses is needed.

Now we need to see this decisive action being taken by the Economy Minister in releasing funds that have been promised for weeks but still not forthcoming.

We can avoid a cycle of lockdowns by keeping the spread of the virus down.

But this requires a health strategy determined to find, test and trace the virus; and measures to financially support those who need to isolate.